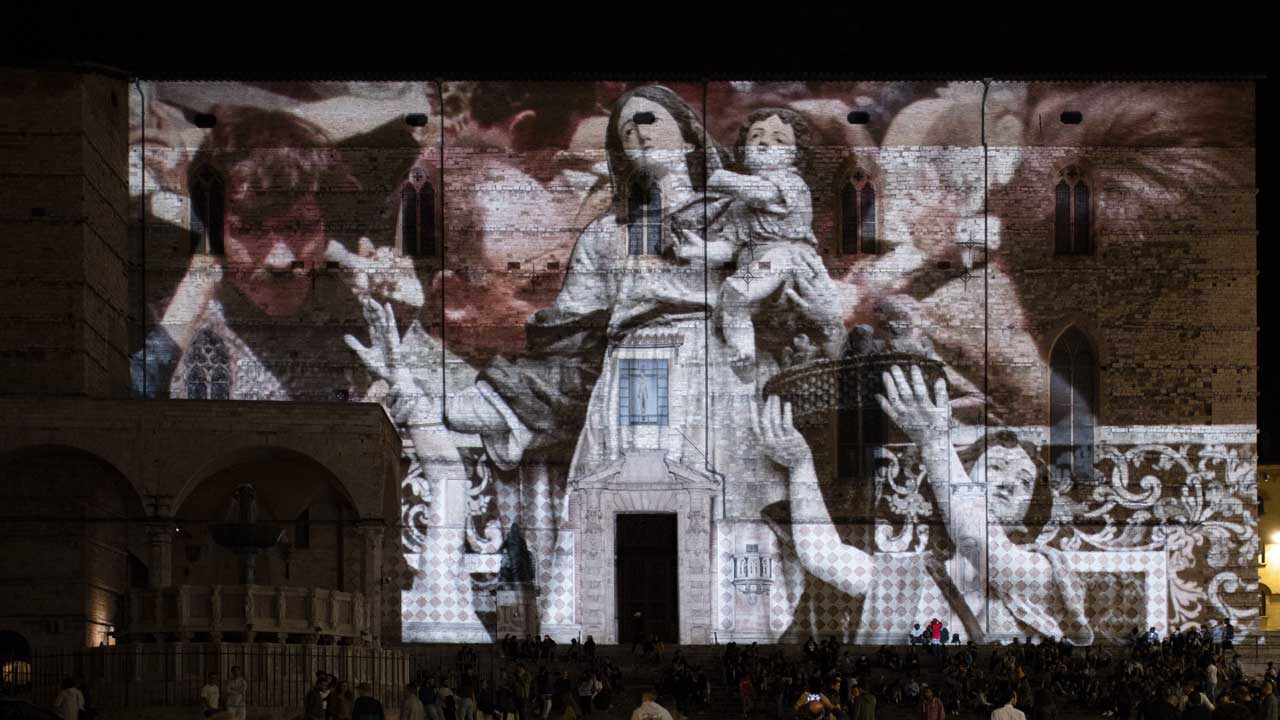 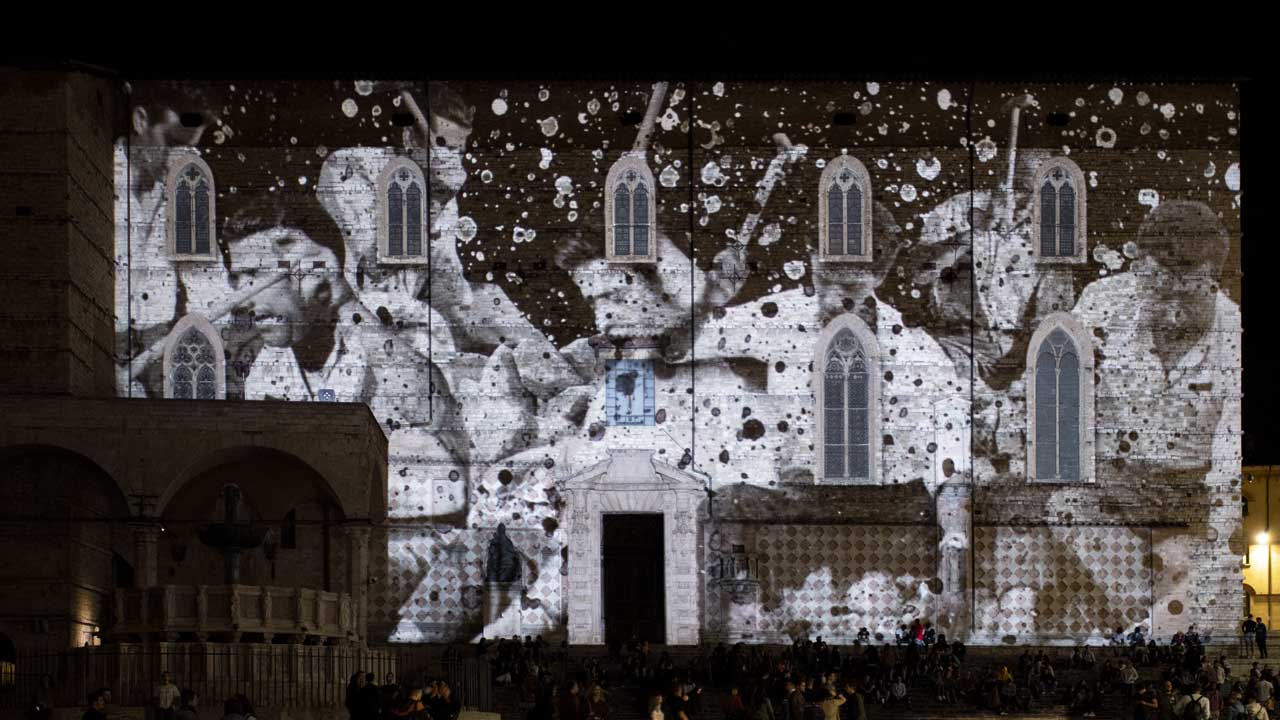 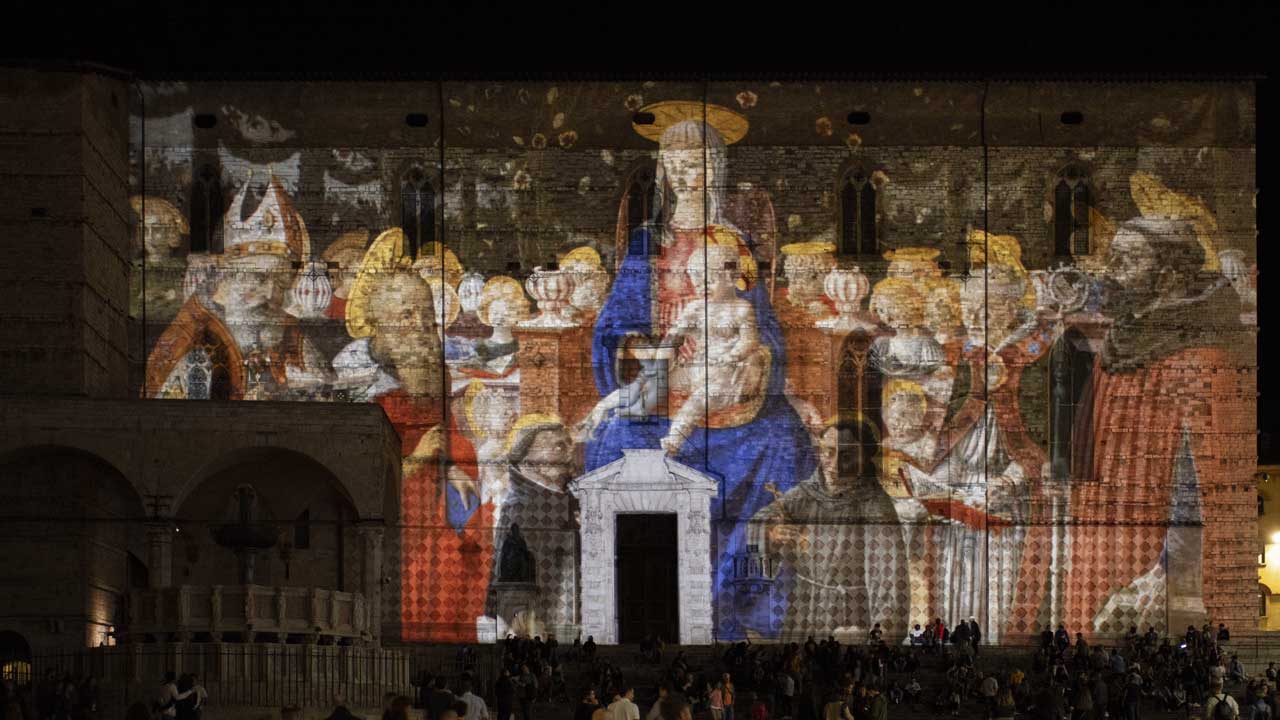 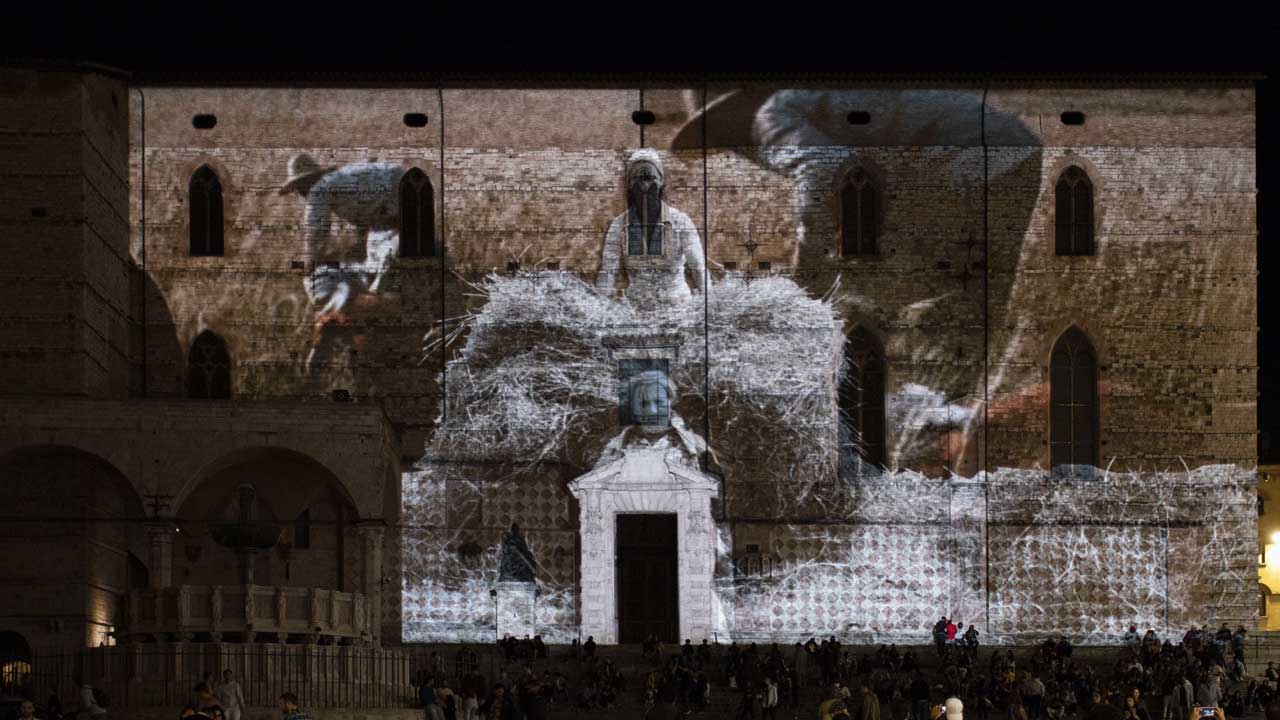 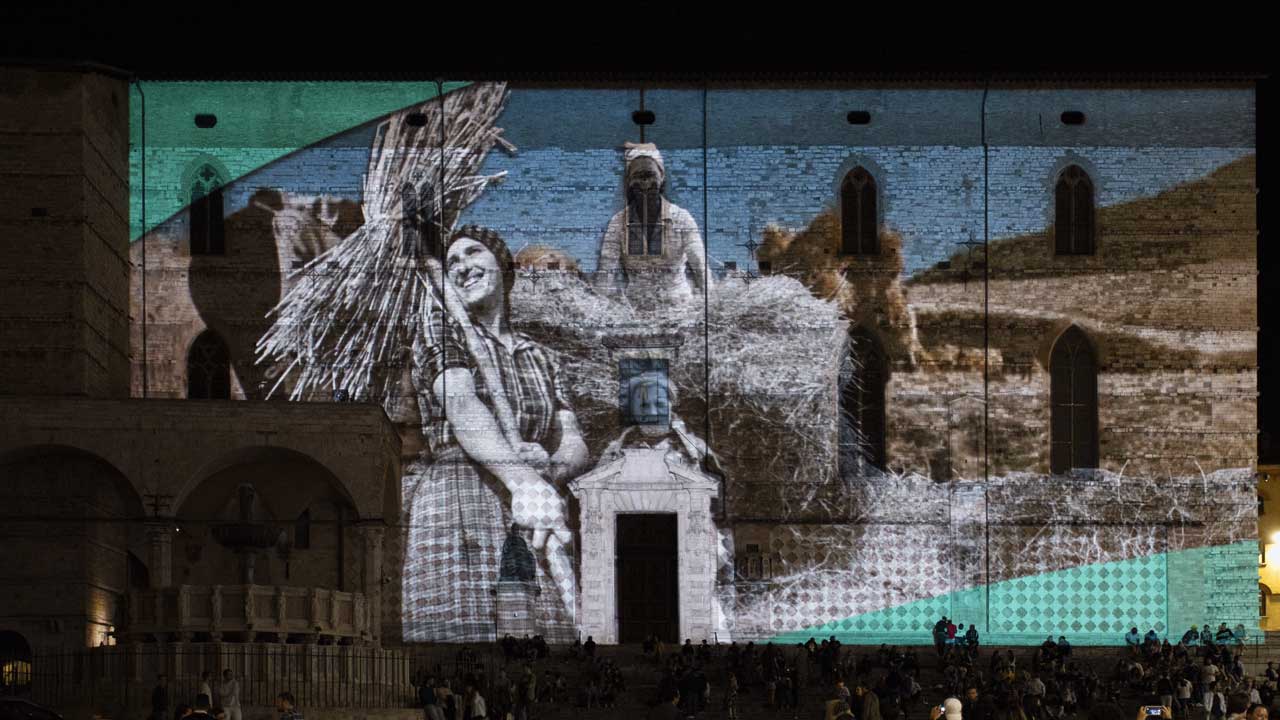 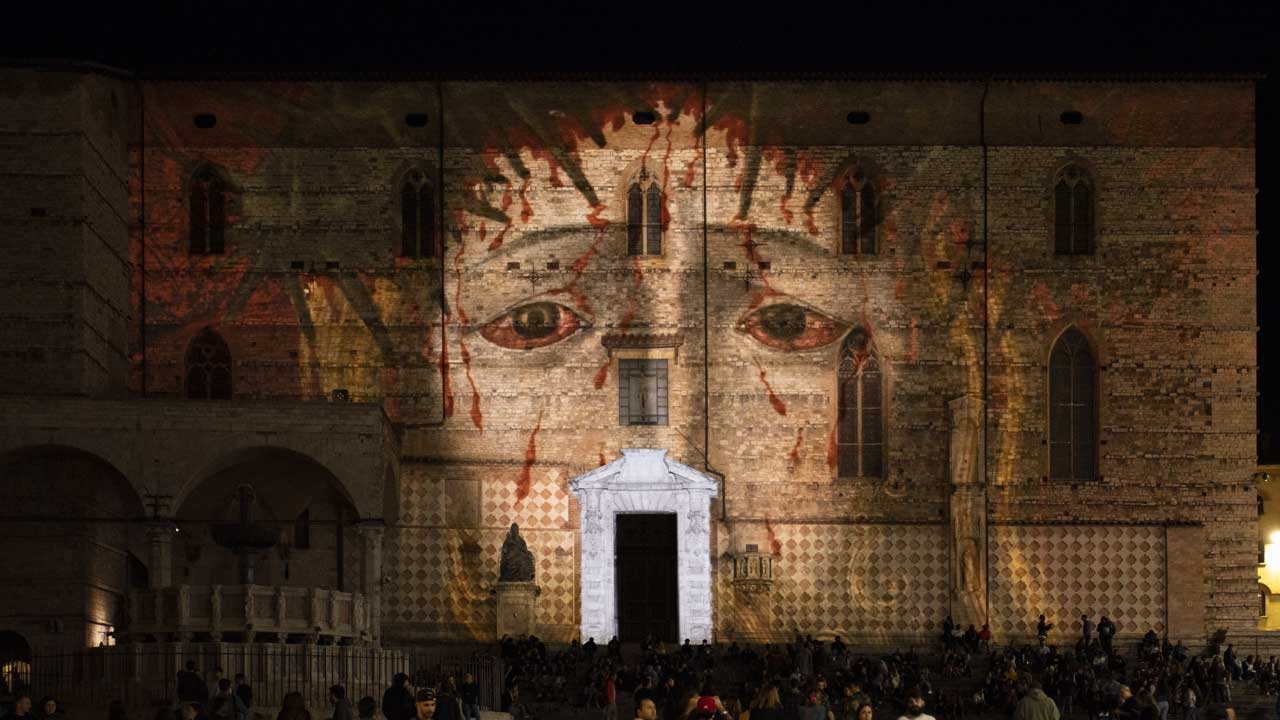 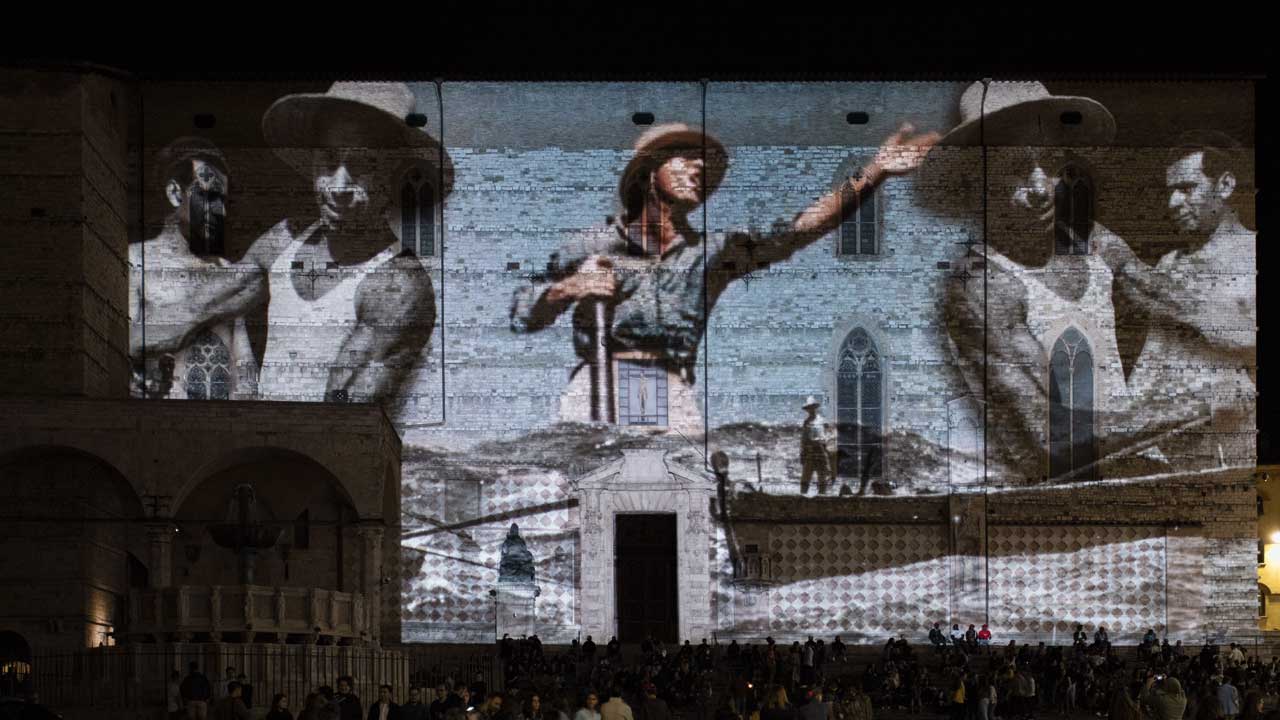 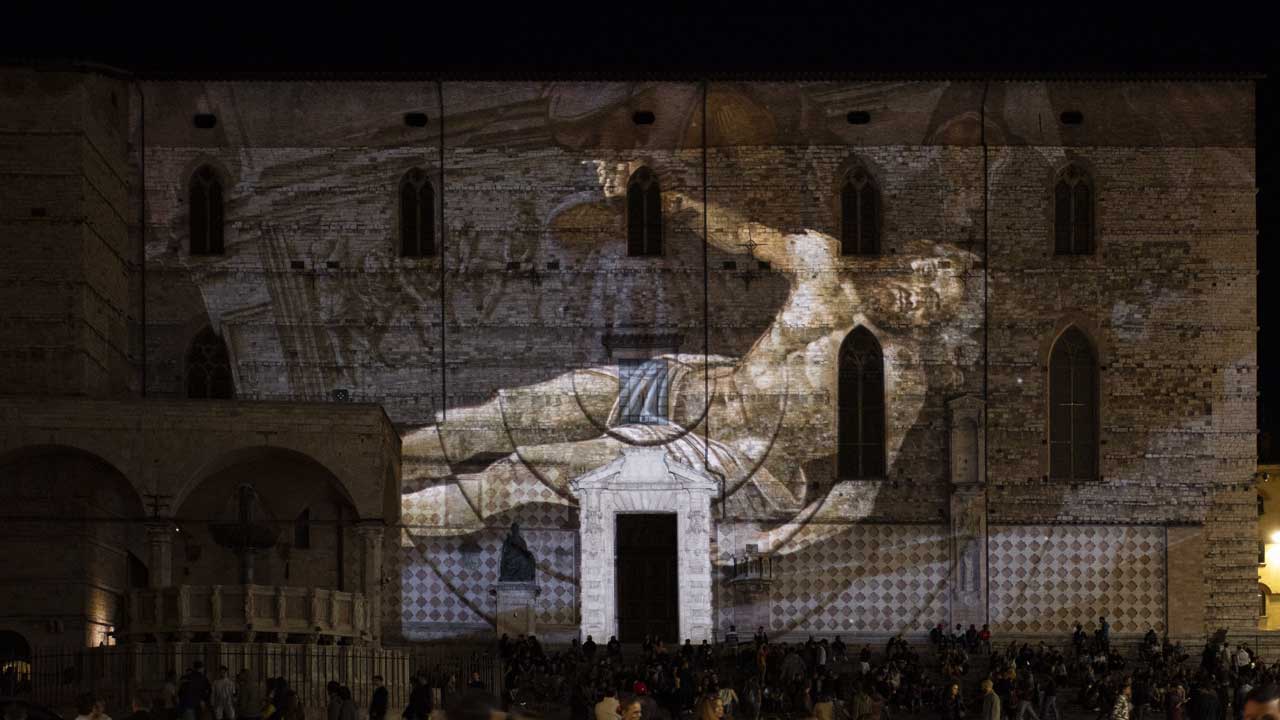 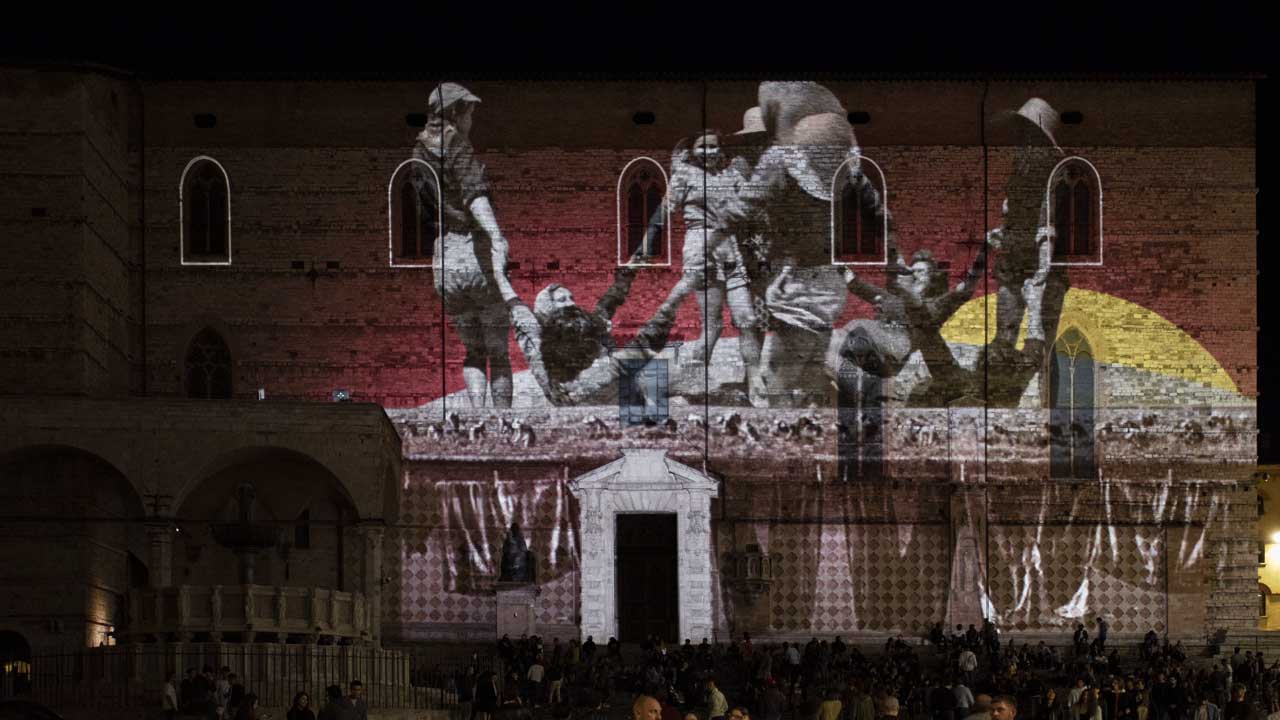 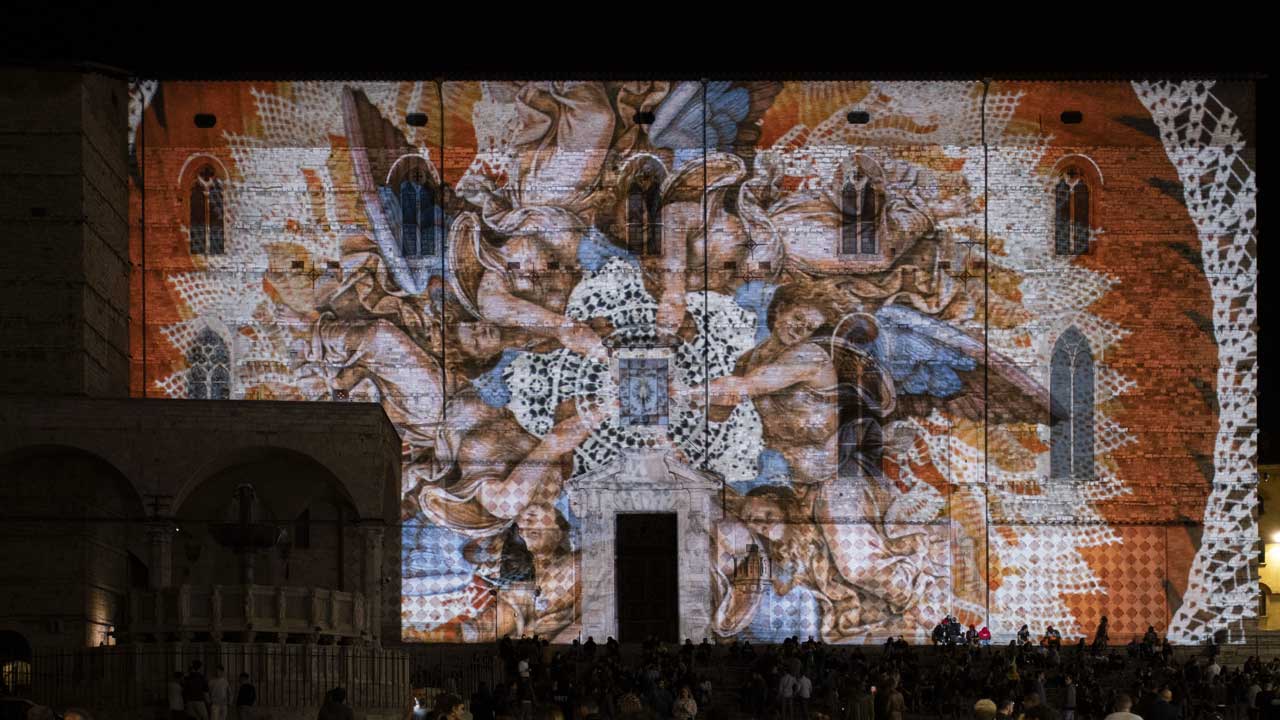 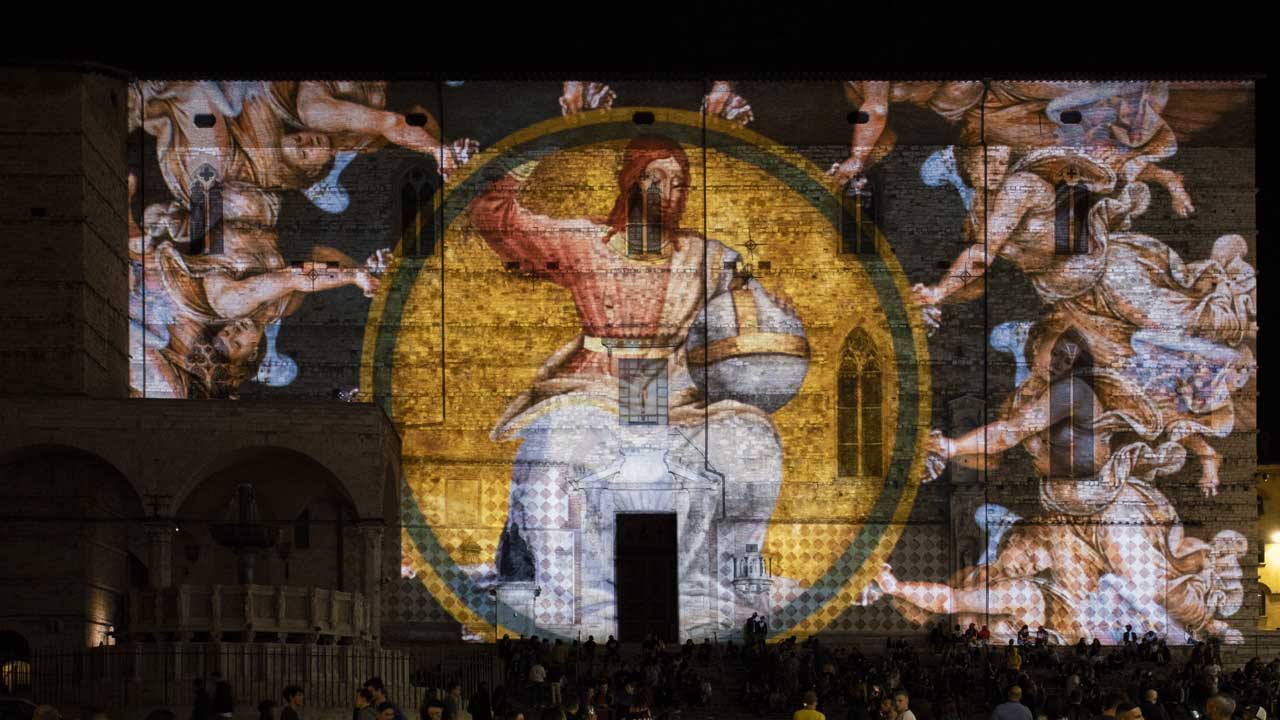 A journey across Italy’s sacred and secular polyphony

Viaggio in Italia. Ethnomusic Video Mapping draws inspiration from the research of Alan Lomax, the American ethnomusicologist who with his colleague Diego Carpitella, in the 1950s travelled across Italy to discover and document the country’s noble oral musical tradition. The performance is intended as an “audio-visual homage” to the extraordinary variety of themes of traditional music in Italy, a country that is one of Europe’s most important areas of ethnomusicology, in terms of extension and variety.

Divided into five movements of sacred music with five secular intermezzi, Viaggio in Italia. Ethnomusic Video Mapping explores all of Italy’s geographical areas: from Sicily and Sardinia to the Alps, across Southern and Central Italy.

The extraordinary sacred art heritage from Umbria’s most prestigious museum institutions, provides a visual description of the polyphonic sacred music traditions, while mundane work songs are visually described by the outstanding and comprehensive photo and film repertoire of the 1950s and ‘60s produced by Alan Lomax himself and by the great film directors of Neorealist cinema.

The score, comprising an accurate selection of some of the most representative pieces of sacred and secular polyphonic music, has been re-elaborated and partitioned into its formal components: an extensive range of sounds and styles combined delivering an eclectic sound journey emanating the same multifaceted and choral charm of the visual section of the project.