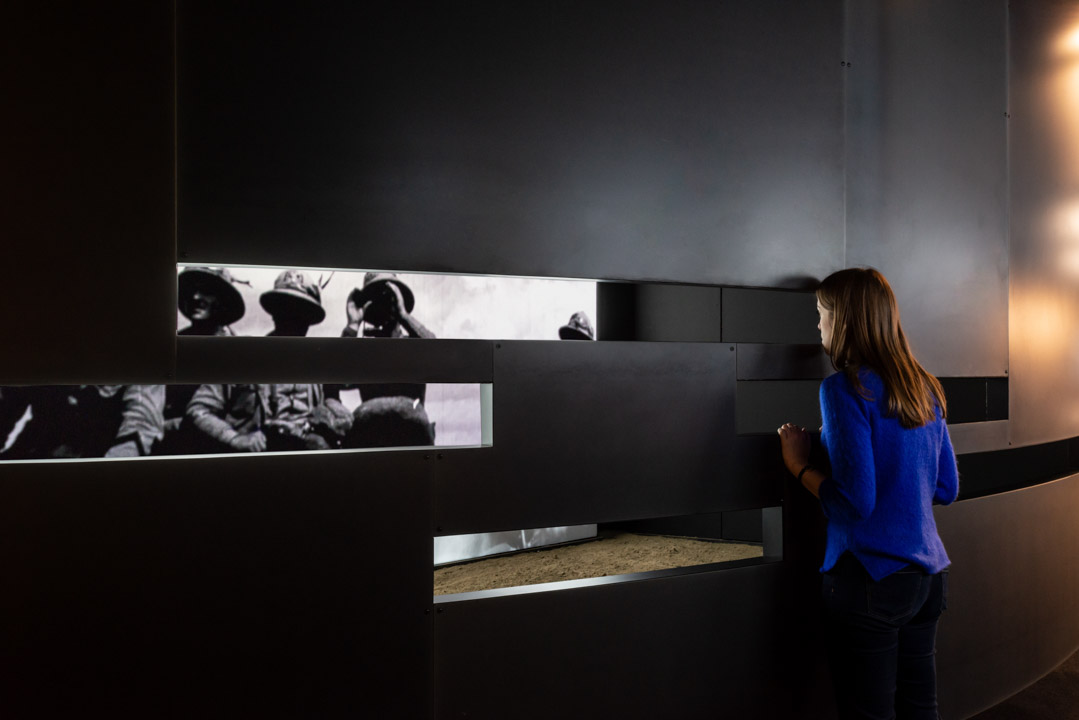 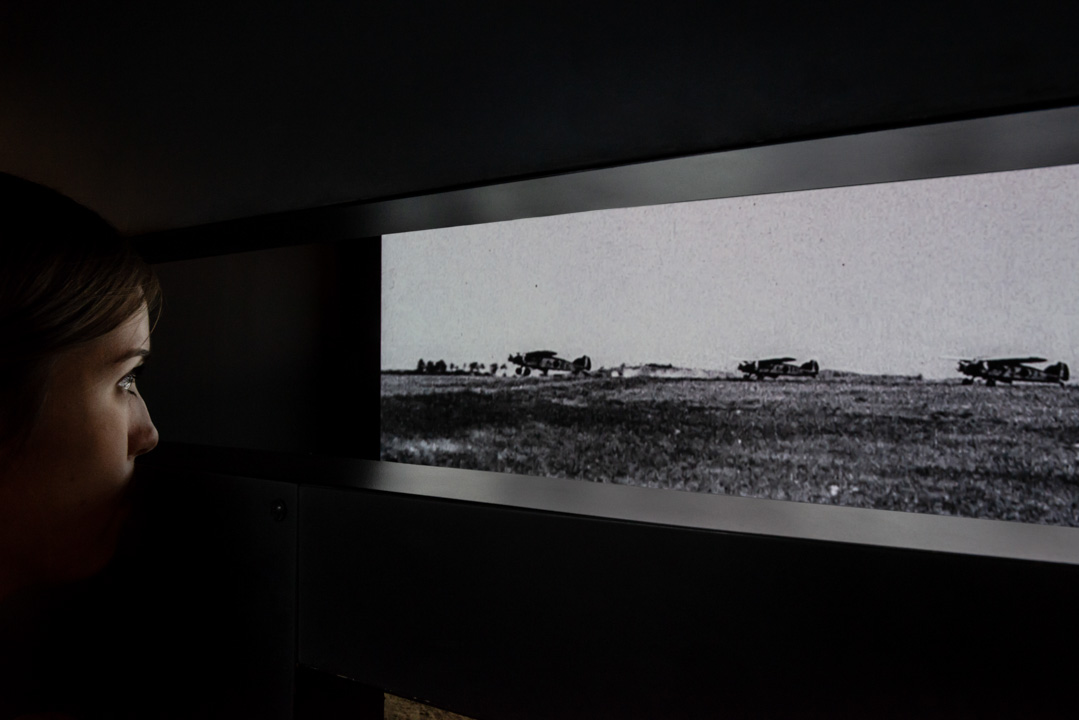 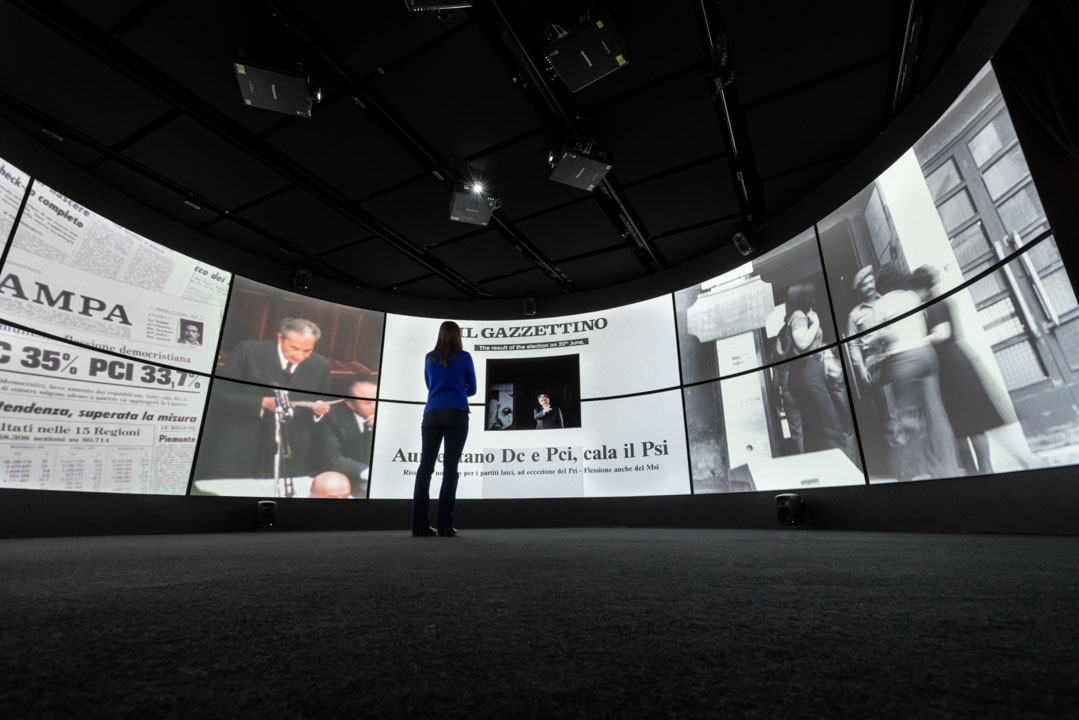 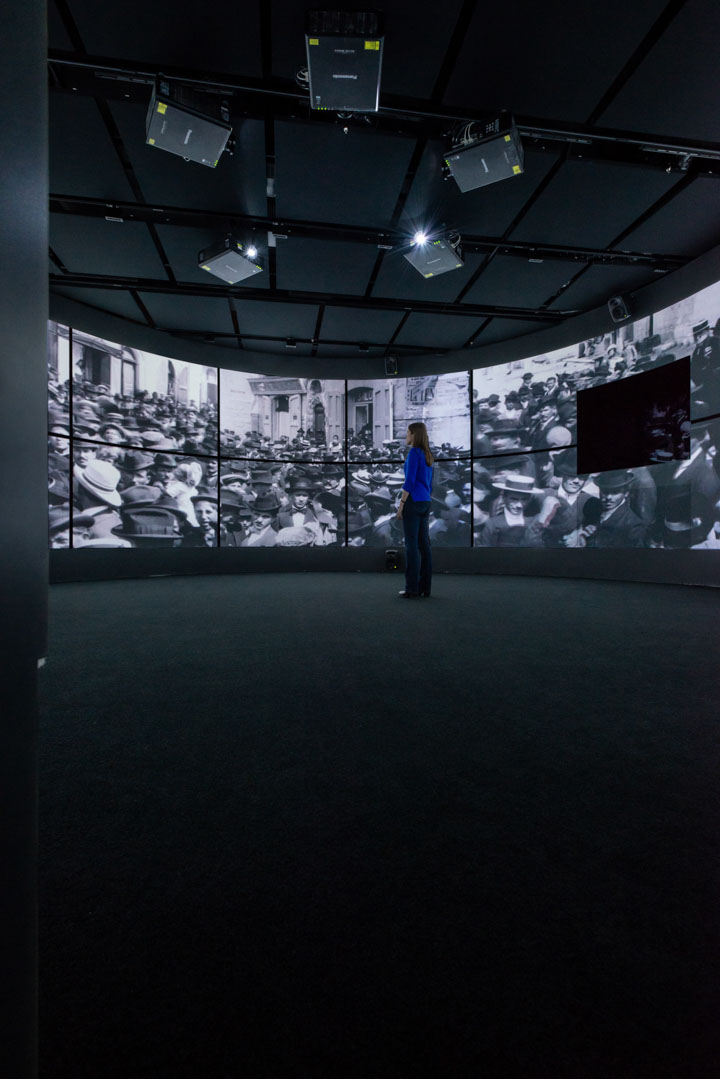 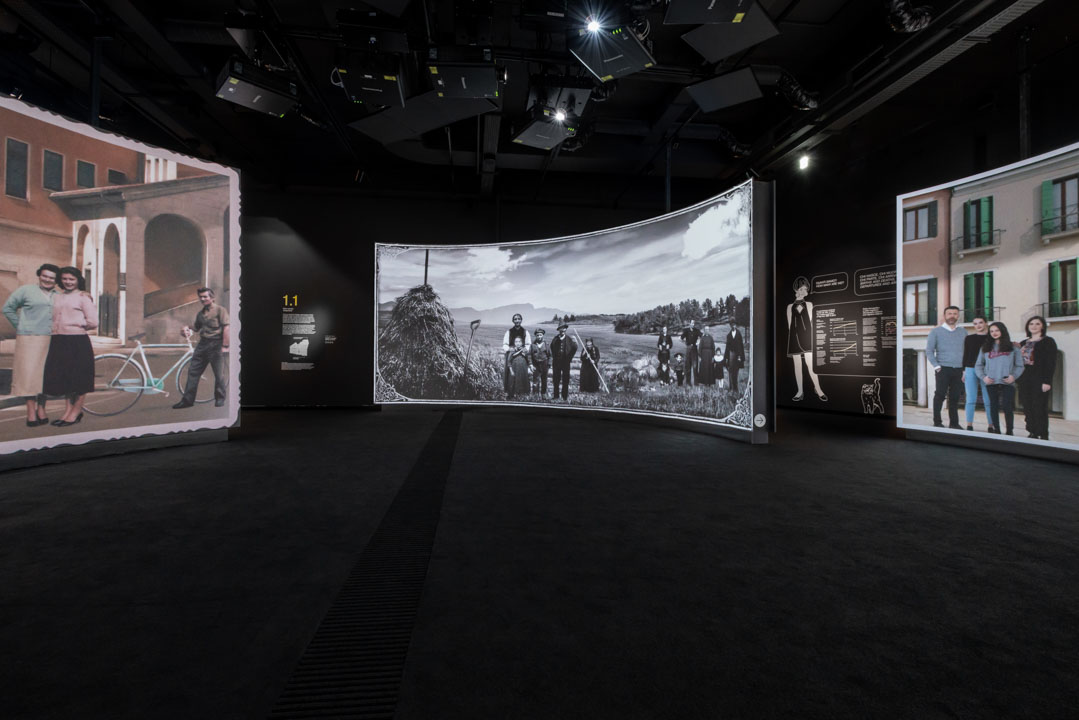 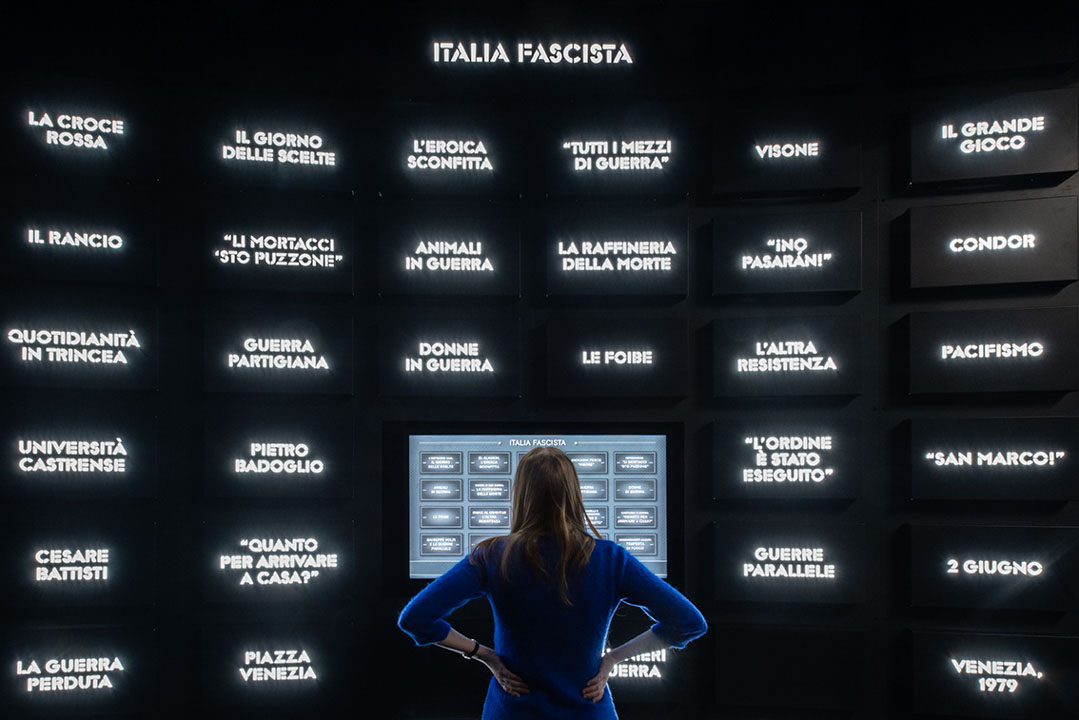 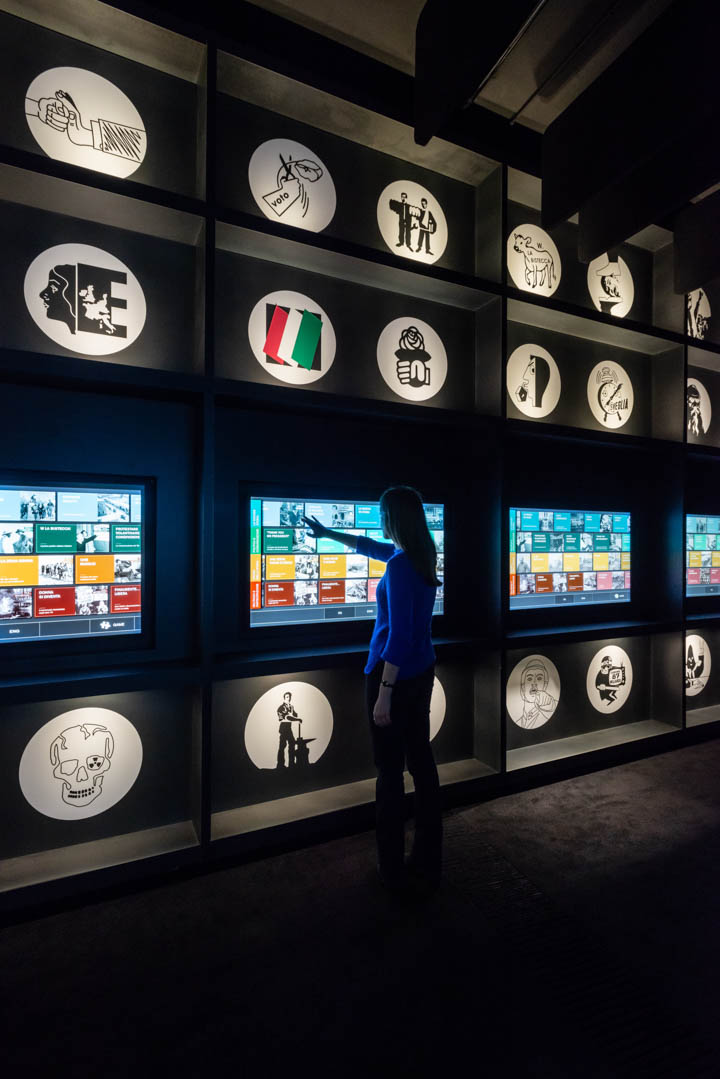 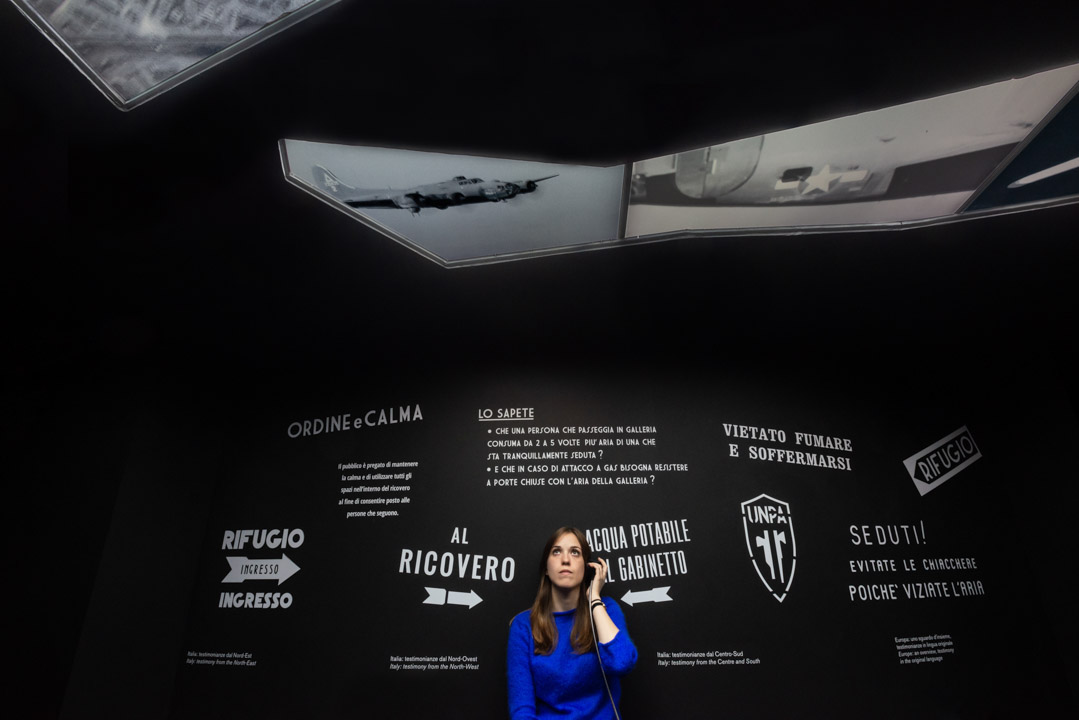 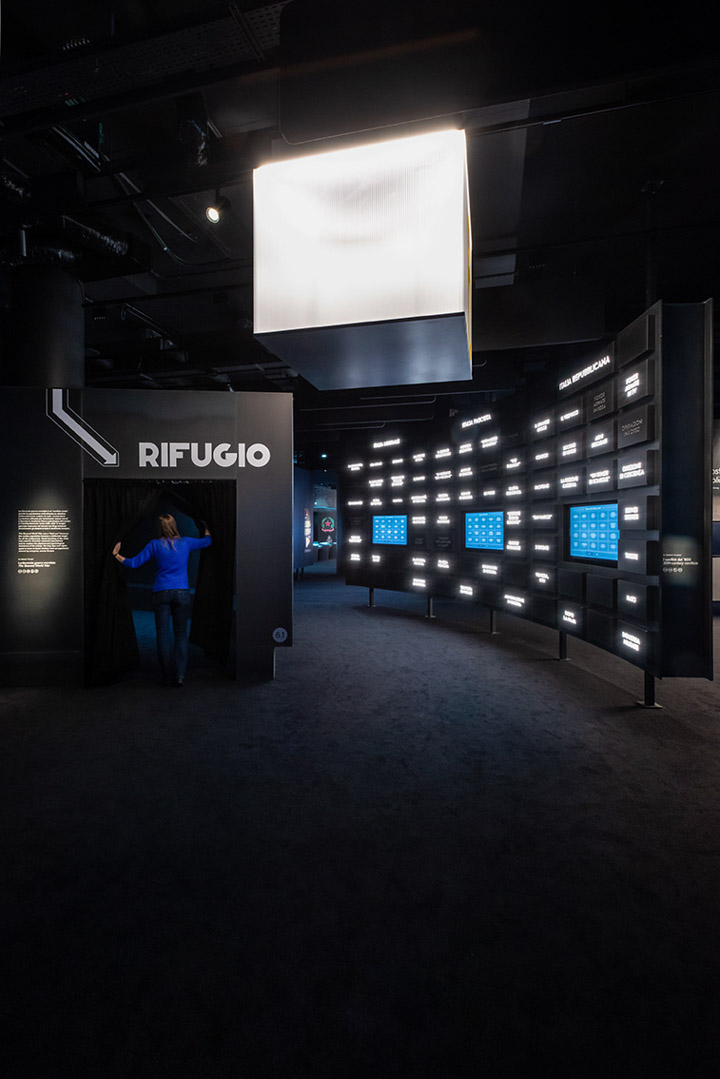 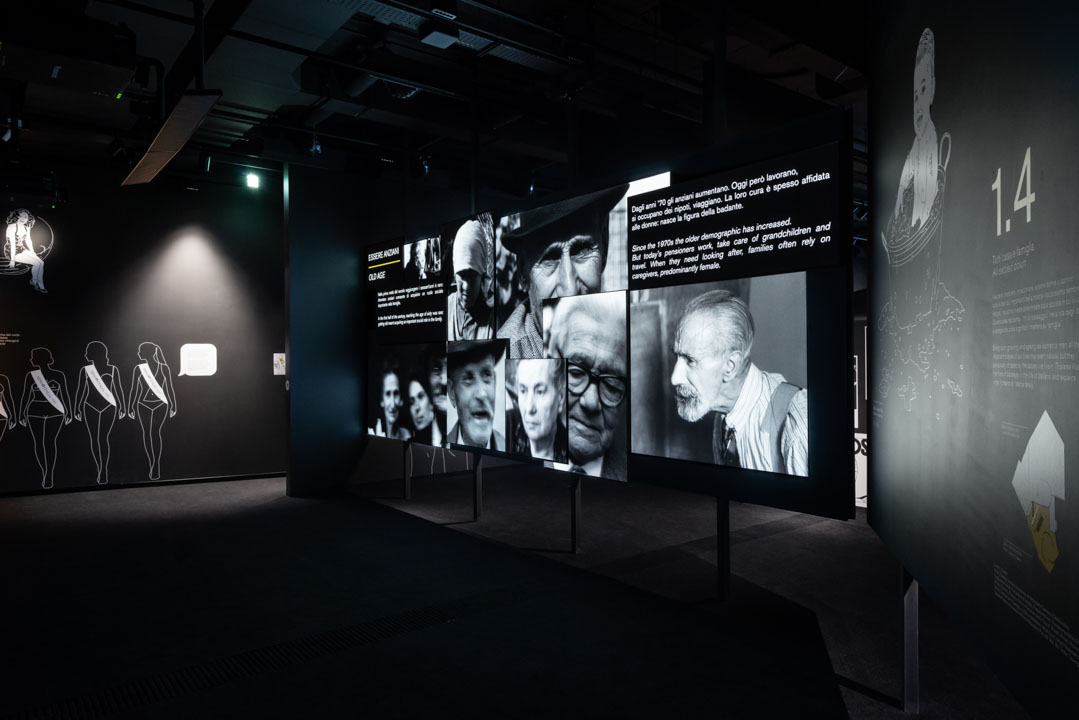 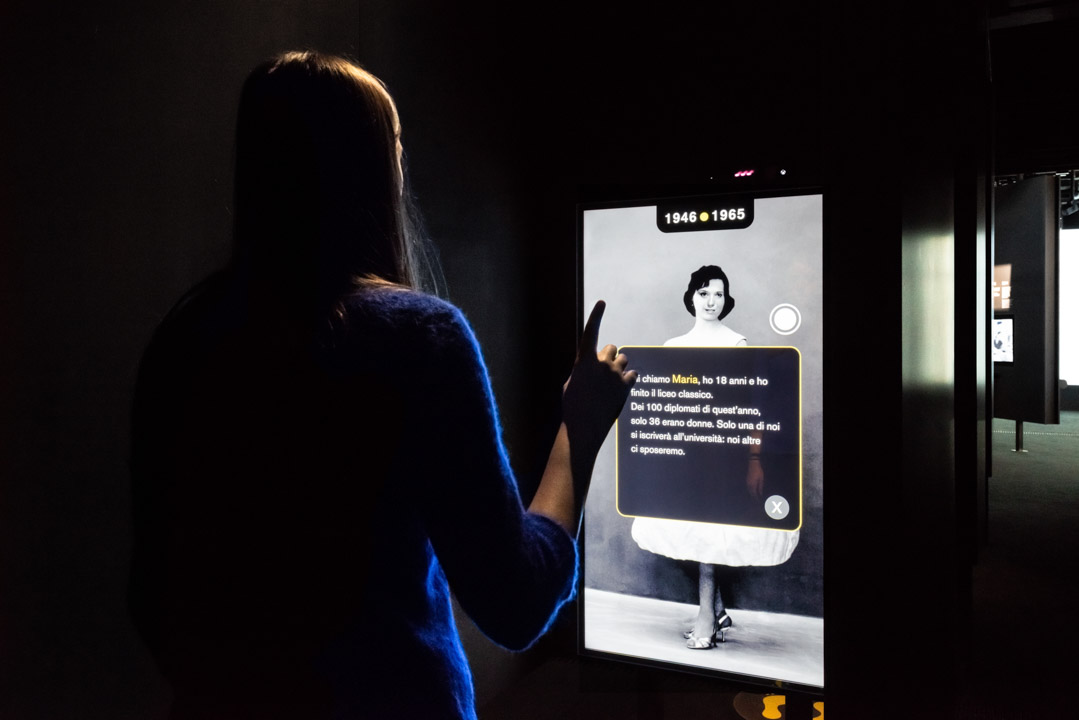 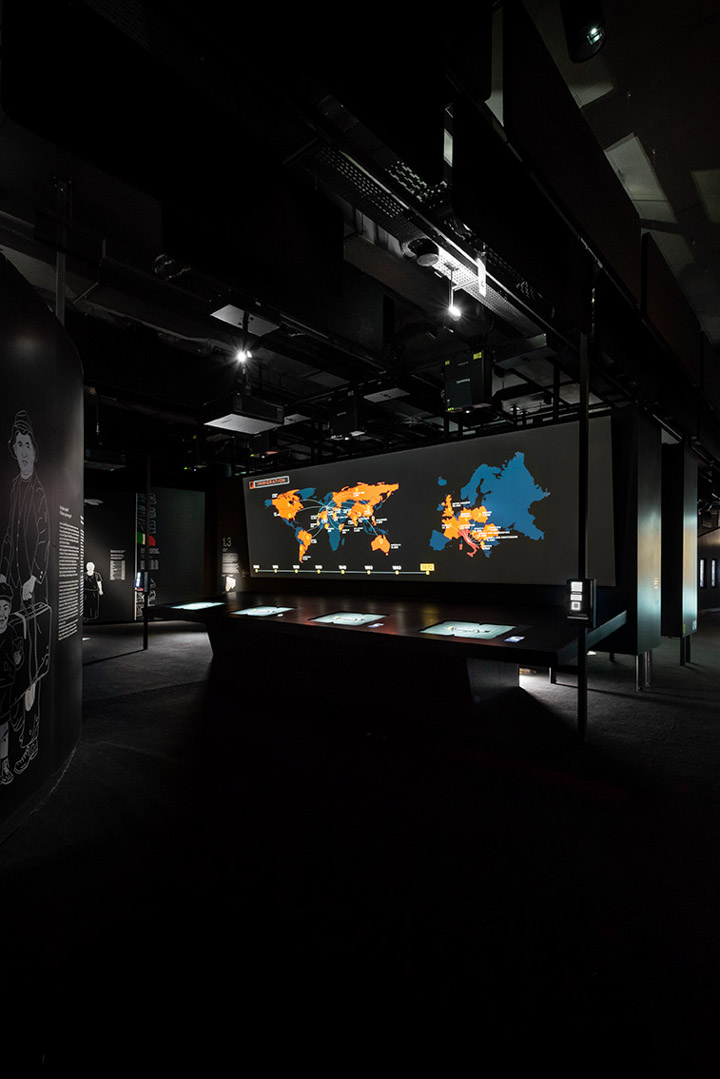 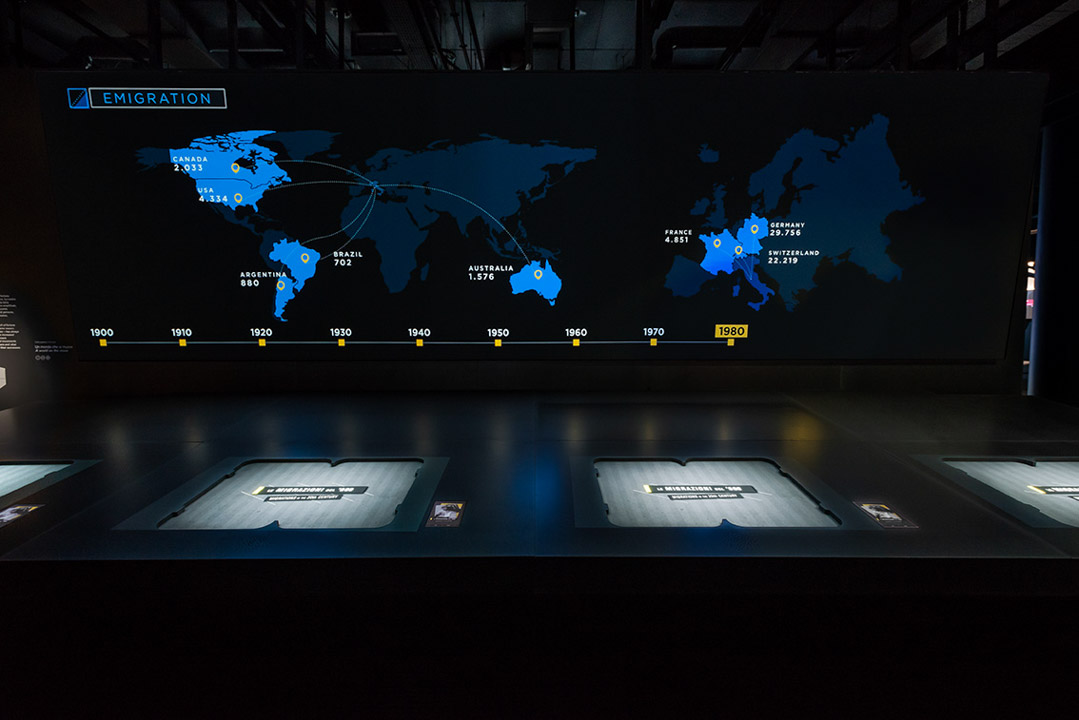 M9 Museum of the 20th century

Exploring the complexity of the 20th century

M9 is an exclusively multi-media museum, the first object-less museum in Italy: this exhibition is built around video, photographic, graphic and documentary material found in over one hundred Italian archives, material that perhaps better than anything else can describe the changes to the living conditions, habits and culture that our country has experienced over the course of the last century. For M9 Karmachina has designed section 1, “The way we were and are: Demographics and social structures” and section 6 “Res Publica: the State, its institutions and politics”, in collaboration with Engineering Associates.

To describe the complexity of the sweeping demographic, social and political changes involved, in line with the museum’s curators, we have decided to approach our sections by juxtaposing two different dimensions: the macro and the micro, the public and private, the collective and the intimate. The analysis of a people, its history over time and various statistical data is presented alongside accounts of the private experiences of individuals, in line with the anthropometric variations, migratory flow, changes in traditions, war experiences and economic or political ones. The two different dimensions lead to different exhibition and interactions designs, and also affects the selection of the archive material and how the content is handled.

How have Italians changes over the course of the 20th century? Section 1 of M9 highlights the impact that environmental conditions, migratory flows, historical events and economic dynamics have had on the size and composition of its population and its social dynamics.

Three great group portraits of Italians in 1901, 1961 and 2011 point to the demographic changes while six “magical mirrors” show visitors how even the people’s appearance changed by travelling through a hypothetical backward journey in time. A large projection projects the main emigration and immigration routes, while first-hand accounts of the men and women who left their country of origin during the course of the 20th century are presented on a table display. Interactive info-graphics make it possible to acquire a better understanding of data on births, growing up and dying in Italy from the start of the 20th century to the present, while on the opposite wall a screen mosaic inspired by the frames of family photos recalls the same issues from the point of view of how Italians feel and their emotional response to these events.

The square is the ultimate public space, but it is also the metaphor of our belonging to a collective body. Section 6 of the M9 museum presents the major political arenas of the last century, building around them a complex narrative of how the country moved from being a monarchy to a Republic, from war to peace, from totalitarianism to democracy.

To provide an account of the great wars of the last century and underline the continuity and close connection between these events, we decided to create a single environment within which we could unfold the narrative of a phenomenon, war, that was never as all-encompassing as it was then. The installations inspired by the trenches, the African desert, air-raid shelters and the military cemeteries describe the first and second world war and the Italian colonial conflicts. In the political arena there is an alternation of holograms of the great political leaders of the 20th century, while the spectator is enveloped in a 360° projection and a 3D audio environment, which provides a diachronic description of how the relationship between the individual and politics changed over time. In a private environment based on a prison visiting room, one can obtain information on the main criminal events of the last century directly from the people involved, while three touch screens show lesser known episodes and characters of Italy’s 20th century collective history.

Sections 1 and 6 of the M9 museum are completed by extra content and gaming experiences, which the visitor can access by swiping the entrance ticket on special readers. These include the couples game with archive footage, putting objects into a migrant’s suitcase, and the magical mirrors through which we can try and get a sense of what it must have been like to be our forefathers and thus become central to the entire narrative: what better way to achieve this than by putting one’s own face in the mix?