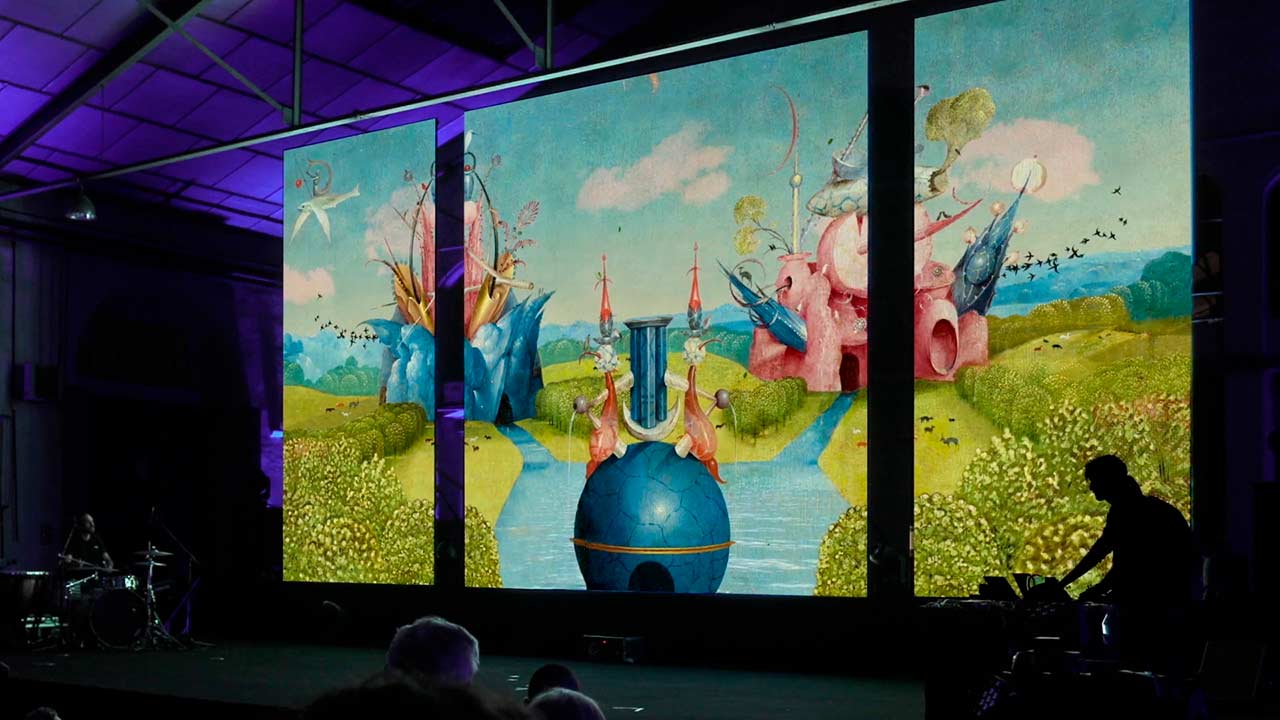 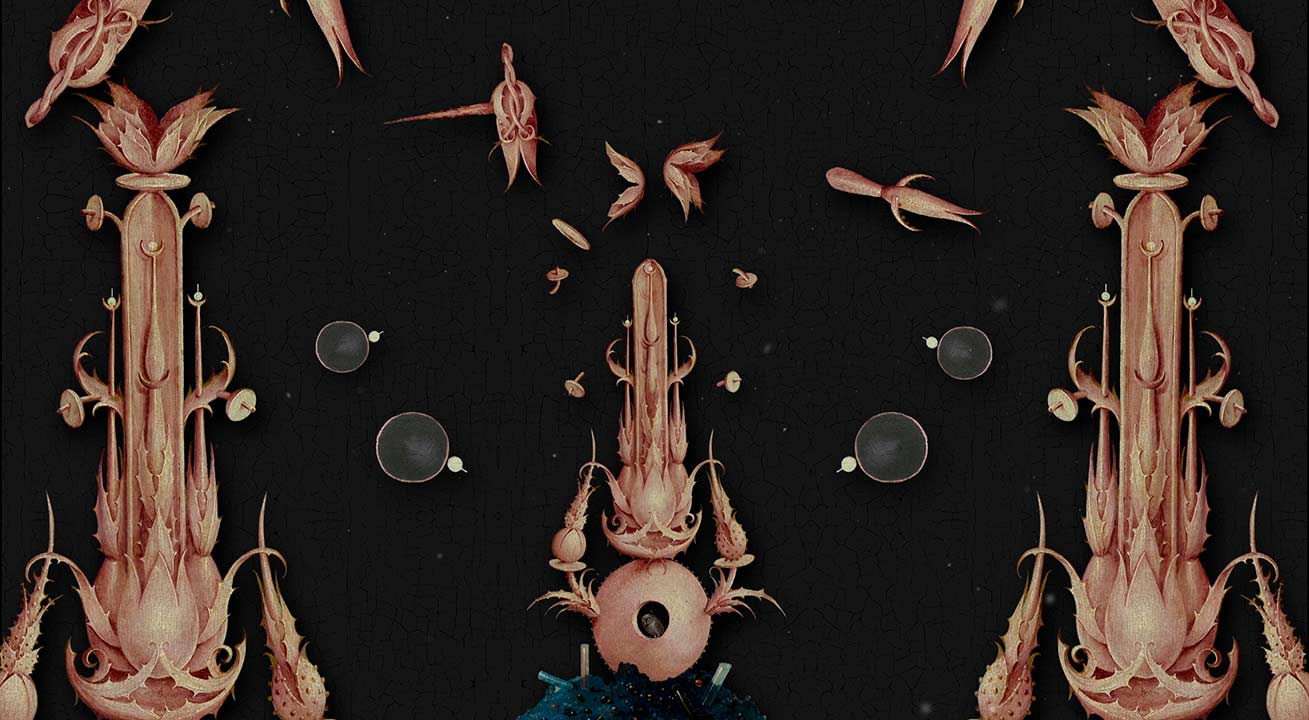 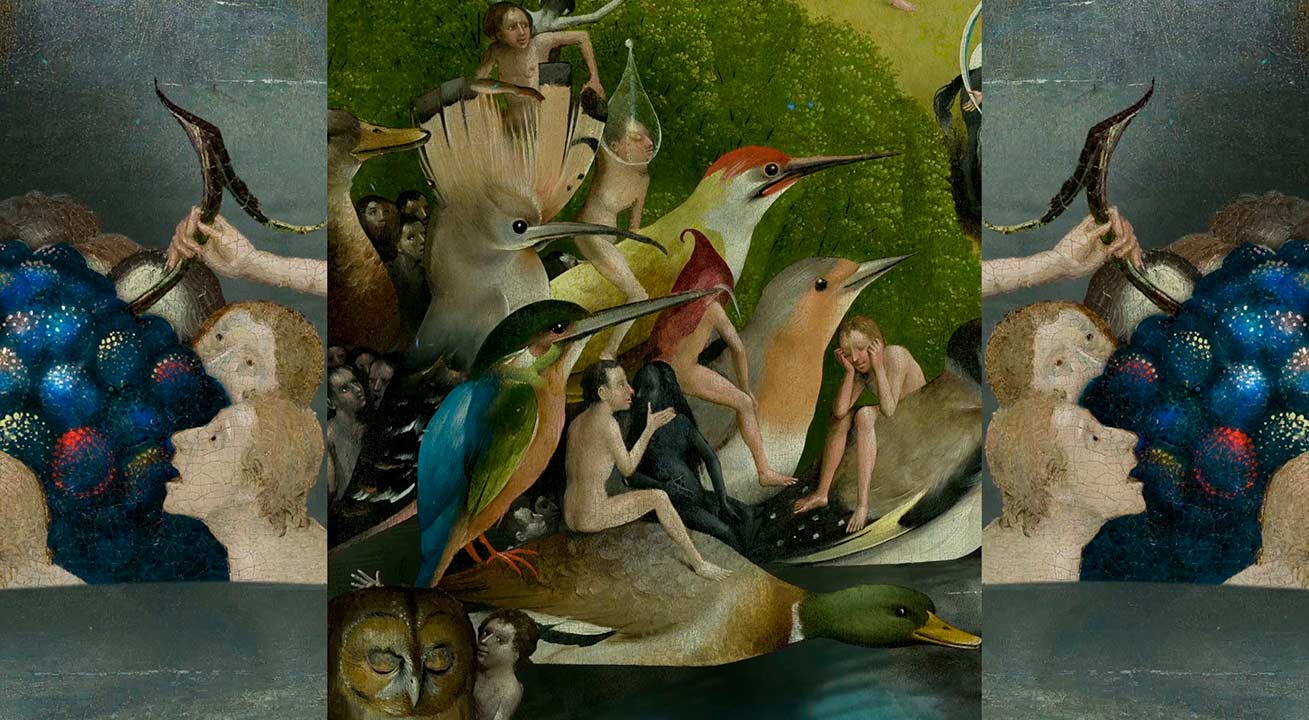 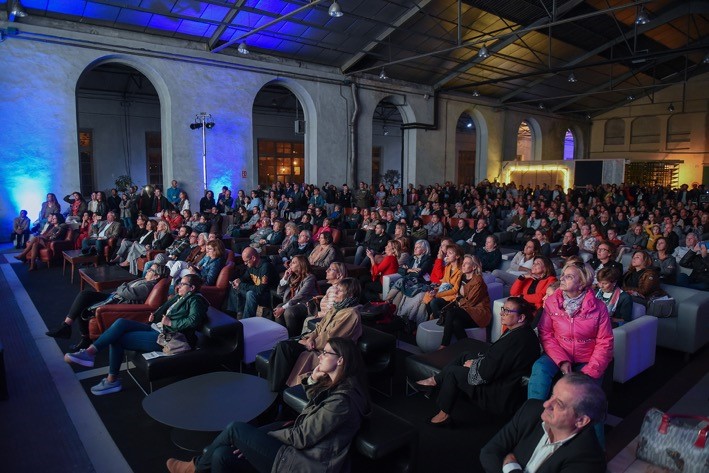 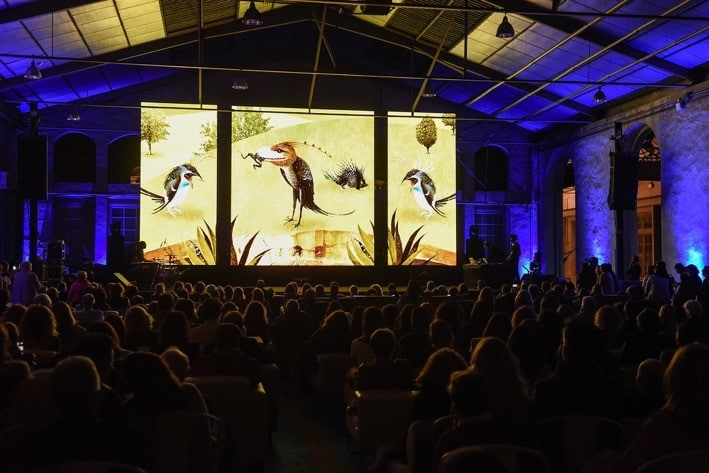 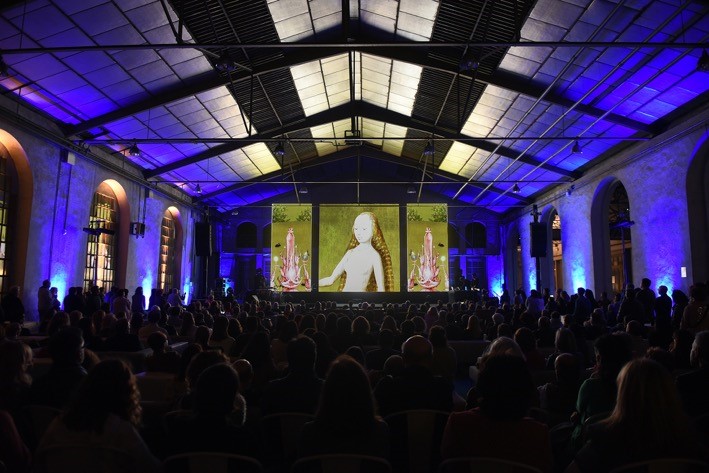 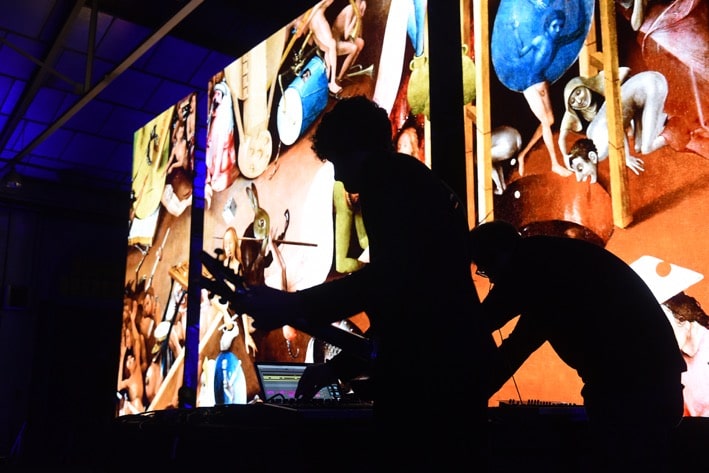 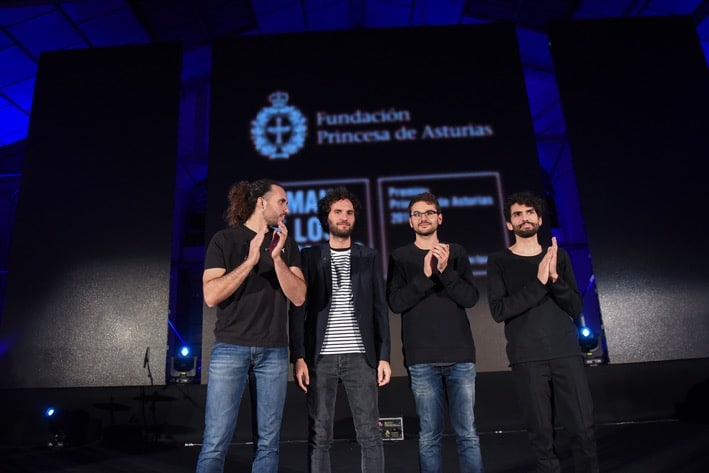 Following the success of Belleza y locura, the film-narration by Rino Stefano Tagliafierro, co-founder of Karmachina, and produced by El País Semanal to celebrate the Prado Museum’s 200th anniversary, the Princess of Asturias Foundation decided to entrust Karmachina with the creation and realisation of a multimedia concert dedicated to a selection of masterpieces held by the museum in Madrid. The works of the painter Hieronymus Bosch were chosen for their exceptional visionary strength, a never-ending source of inspiration for a highly evocative audio-visual project.

Tríptiko. A vision inspired by Hieronymus Bosch represents a voyage in the visionary world of the Dutch painter. The title refers to the format of the main work from which the project draws from, the triptych The Garden of Earthly Delights; this tripartition also inspired the scenic element at the centre of the scene and structure of the audiovisual project itself, which is divided into three distinct acts.

The performance lasts 30 minutes with alternating more figurative moments, where the reference to Bosch’s work is more evident, and others more abstract, that freely evoke the visionary and lysergic nature of the master’s work. Following the order of the original work from left to right, the performance opens with a moment dedicated to Genesis: a divine hand creates landscapes, nature, fantastic and real animals in a heavenly and bright atmosphere. The second act features the appearance of man described as a great celebration. The passage from the second act to the third is accompanied by an intermezzo inspired by the work The Seven Deadly Sins: man’s sin transforms the feast into a degenerate decadent event, which results in man’s expulsion from the Garden of Eden. The performance ends with an infernal scene, with frightening monsters and disturbing presences.

The images are accompanied by original music composed and performed live by the Fernweh trio, drawing from the infinite sound inspirations they could source from Bosch’s paintings. Fernweh’s music tries to express the dualism between Renaissance and contemporary, between reality and vision, starting from the music of the time and place – finding in Josquin Desprez a reference point – and transposing it into the contemporary through the development and fragmentation of the melodic and harmonic constructions, electronic sonorities, and sound design.