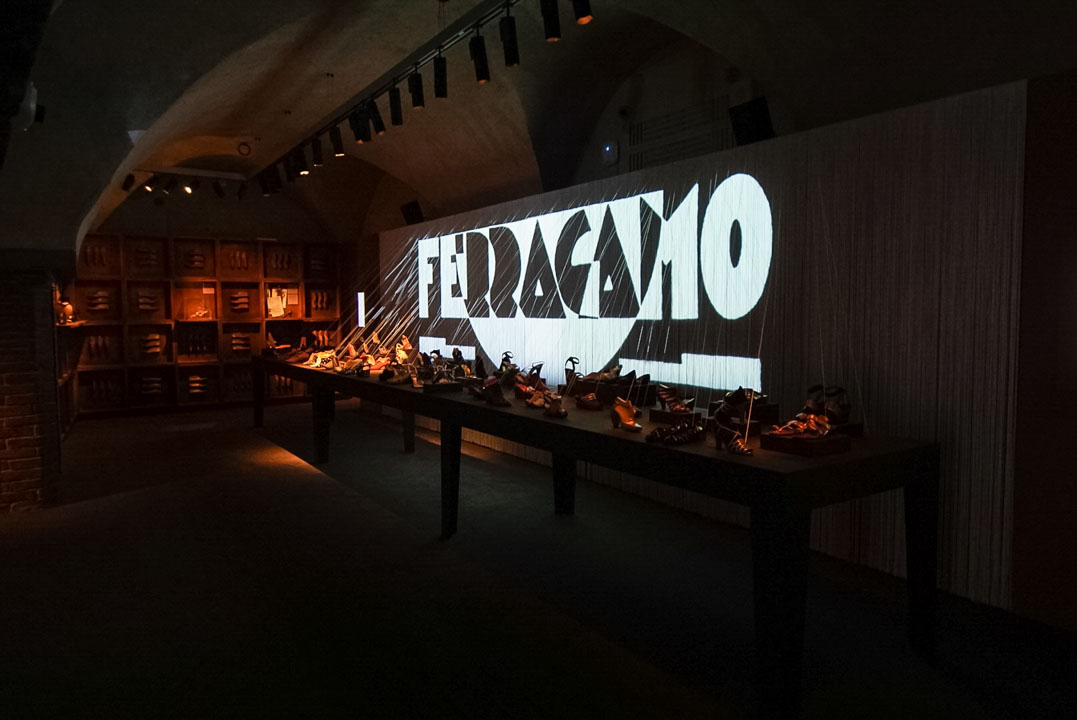 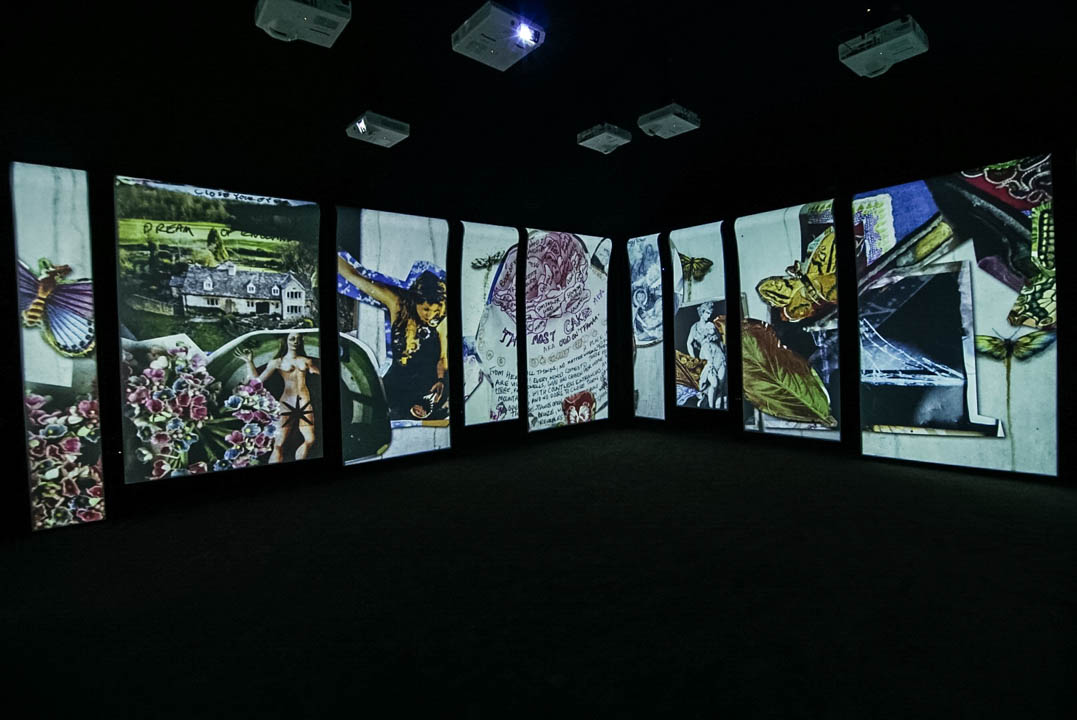 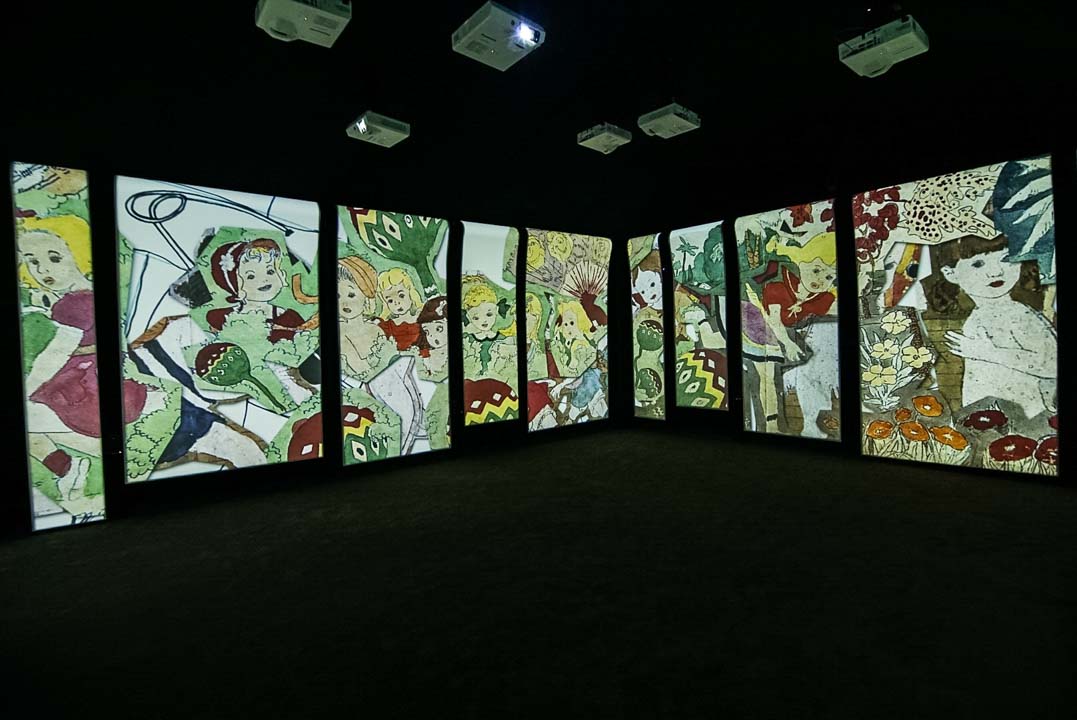 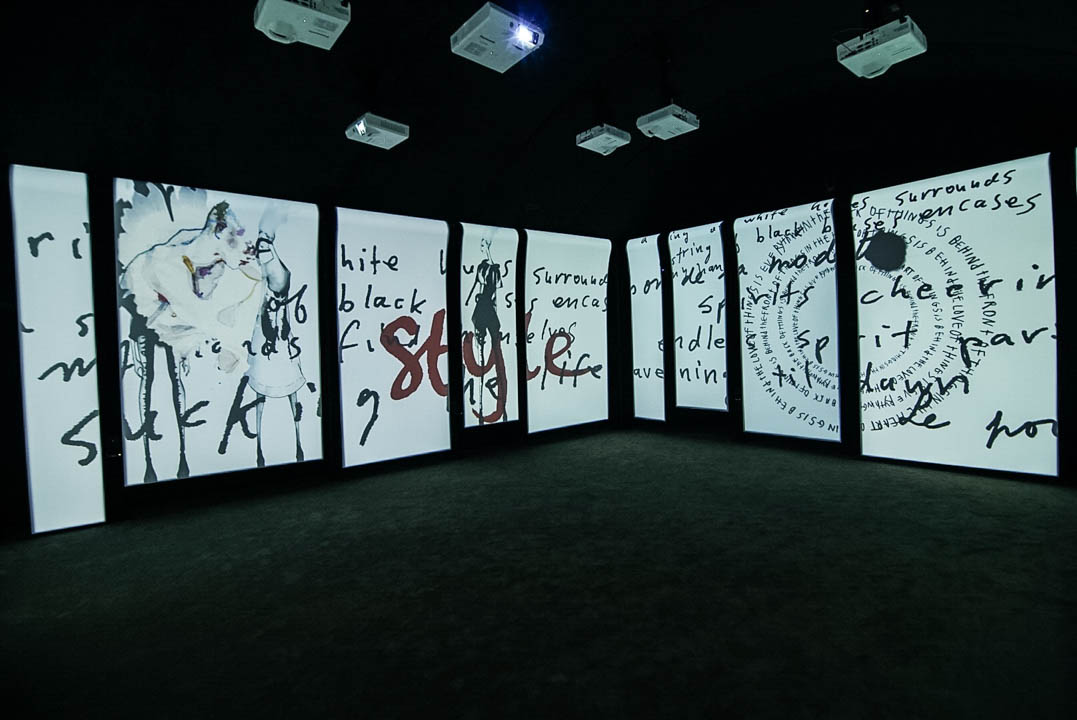 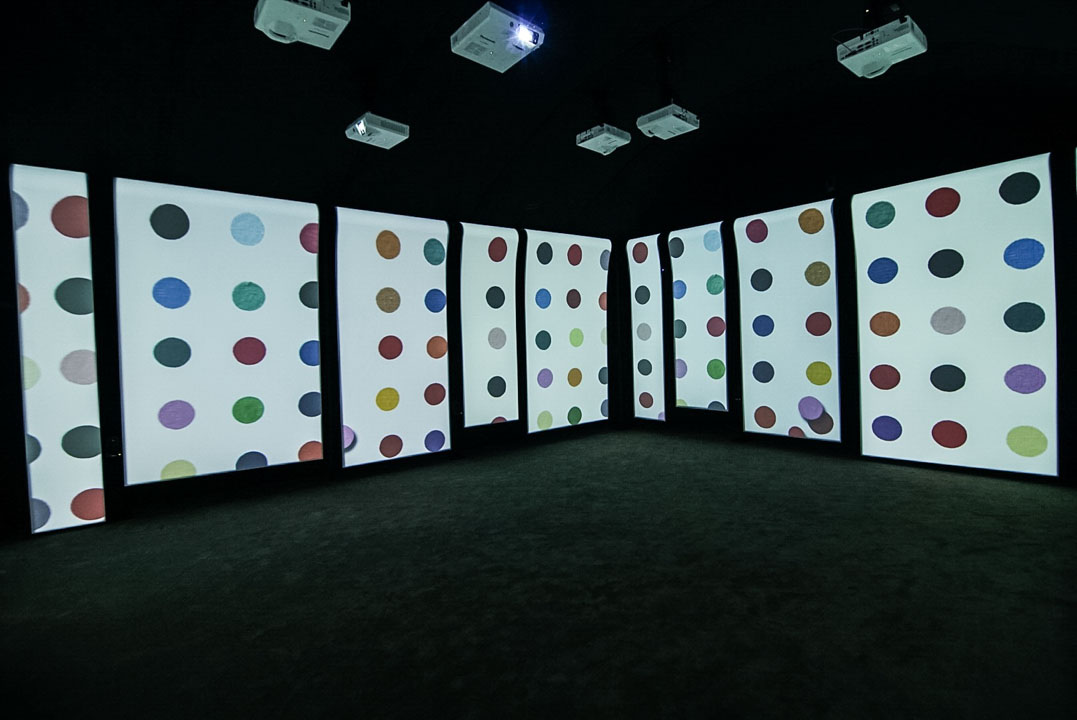 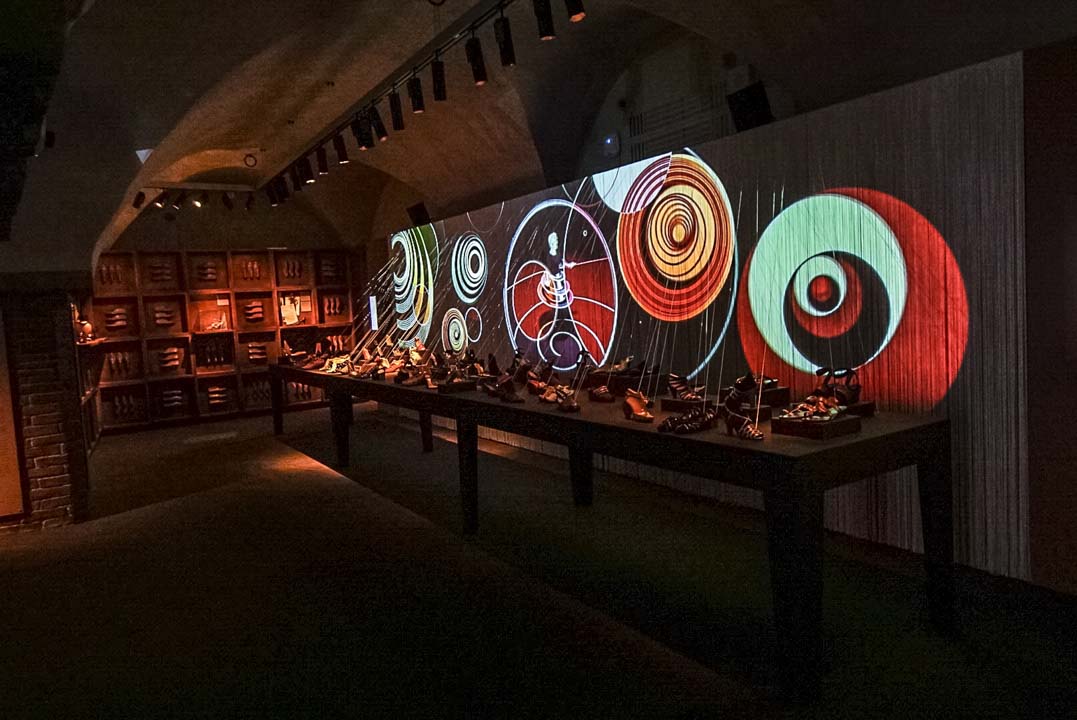 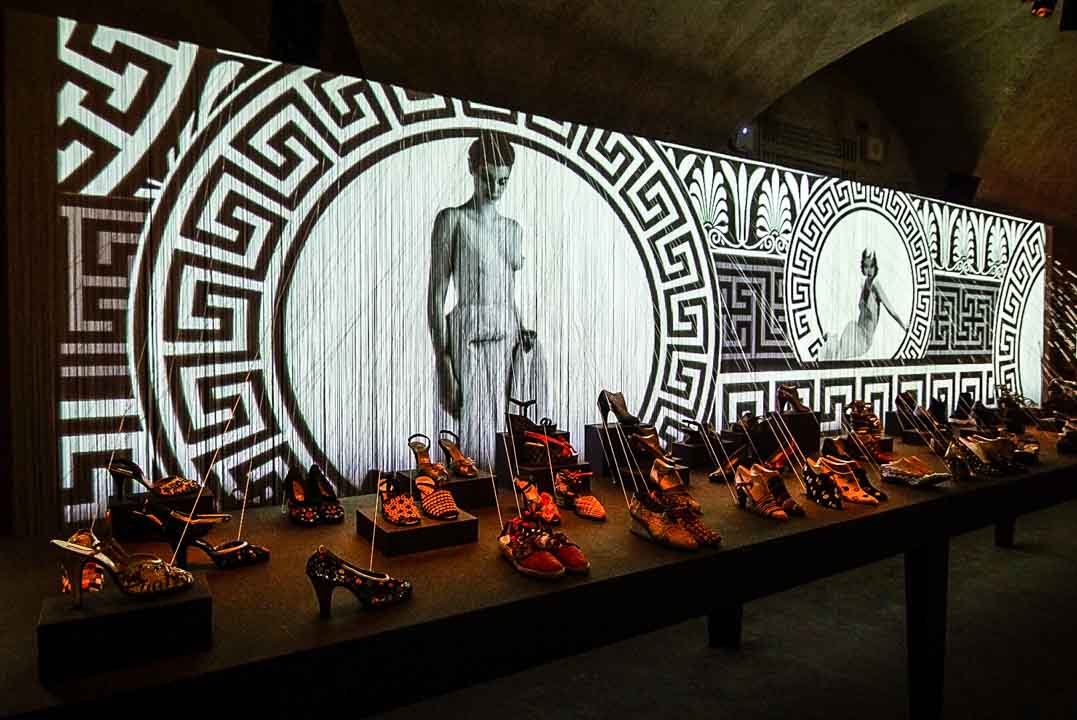 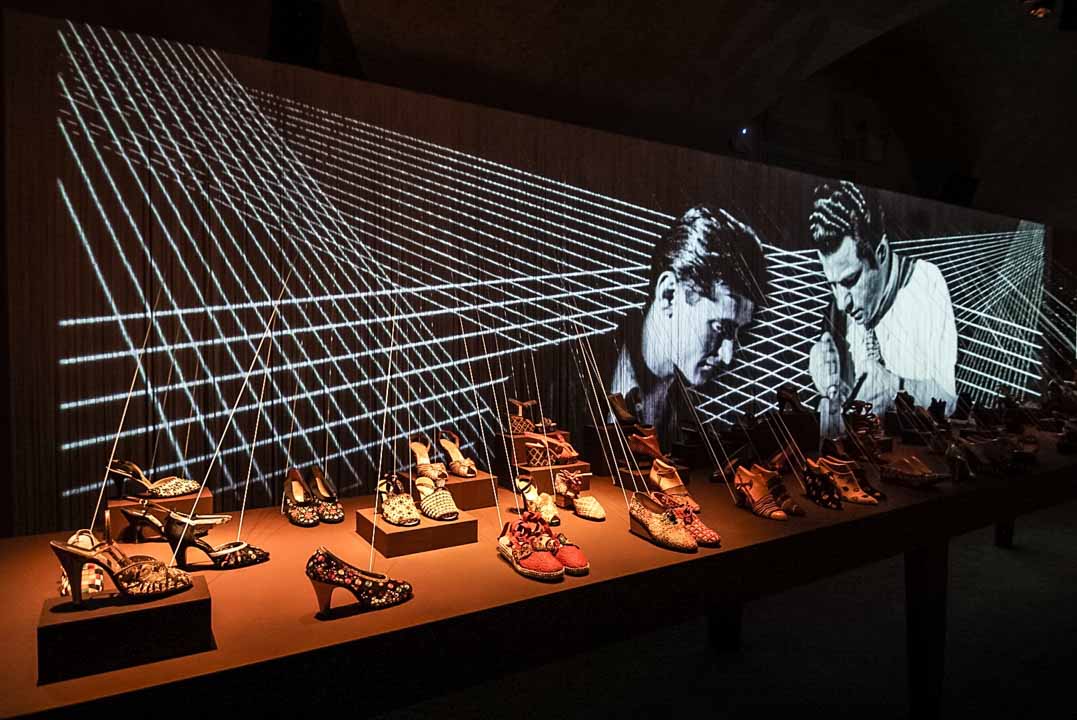 ACROSS ART AND FASHION – REFLECTIONS & THE MOODBOARD…. A MAGAZINE CURATED BY

We provided the artistic direction and produced the two video installations included in the Salvatore Ferragamo Museum in the exhibition “Across art and fashion”, which looks into the relationship between these two worlds during the last century, examining its contaminations and influences.

Reflections tells the story of the world of Salvatore Ferragamo and his footwear, already considered craft works of undisputed artistic quality at the end of the Thirties: a few of the most representative models displayed on a scenic table connected to a rear screen with a series of intertwined leads. While the video projection describes the sources of inspiration that fired the imagination of the Florentine shoemaker, (the classical world, the East, the 20th century artistic avant-garde, and Surrealism, as well as the city’s long-standing history of craftsmanship), a beam of light shines on the shoes that we owe to that same inspiration.

In The Moodboard… A Magazine Curated By the images projected onto large aluminium rolls bring back to life the visual universe of some of the most innovative contemporary fashion designers, and the visitor is thus faced with an imaginary and constantly changing moodboard. The installation was based around an idea developed by Alberto Salvatori and was inspired by A Magazine Curated By, a fashion magazine whose editorial line for each issue is entrusted to selected fashion designers who are asked to trace an intimate journey into the creative imagination of the various featured designers.