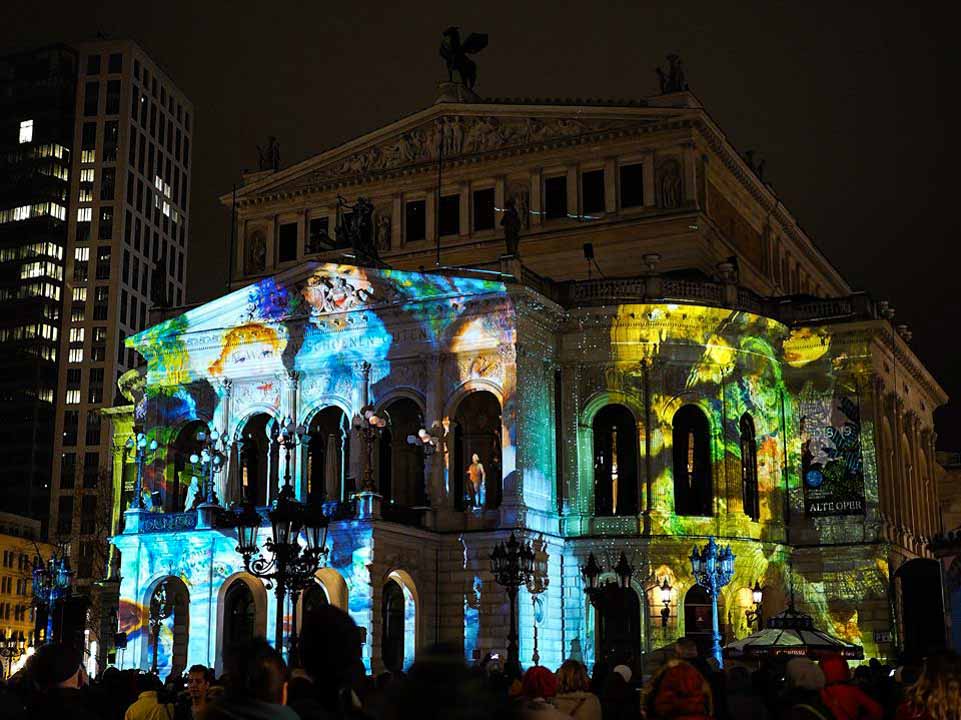 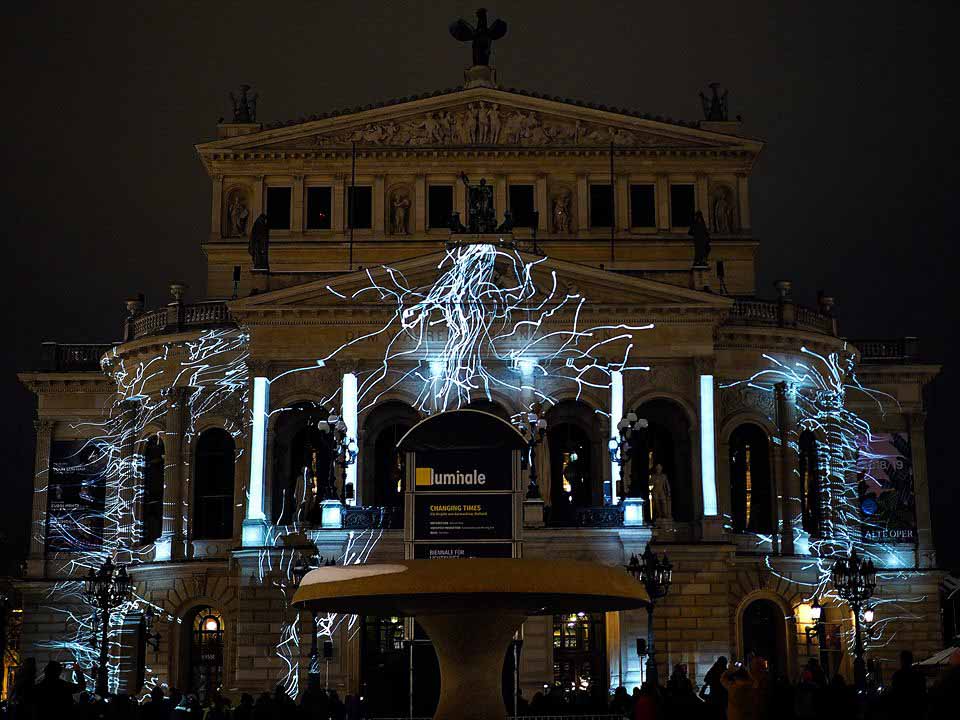 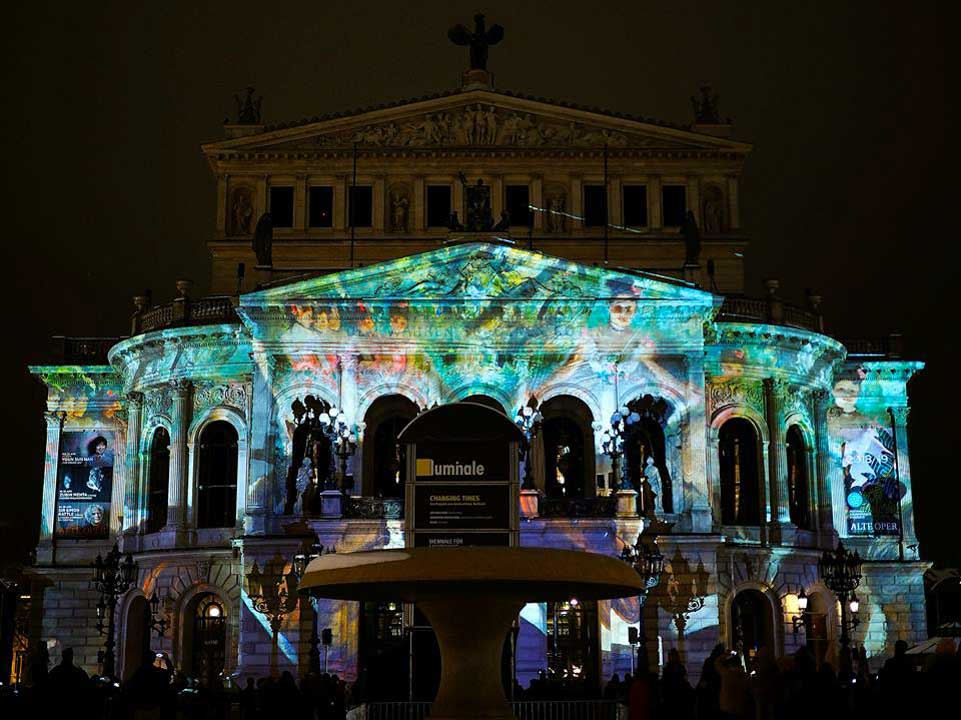 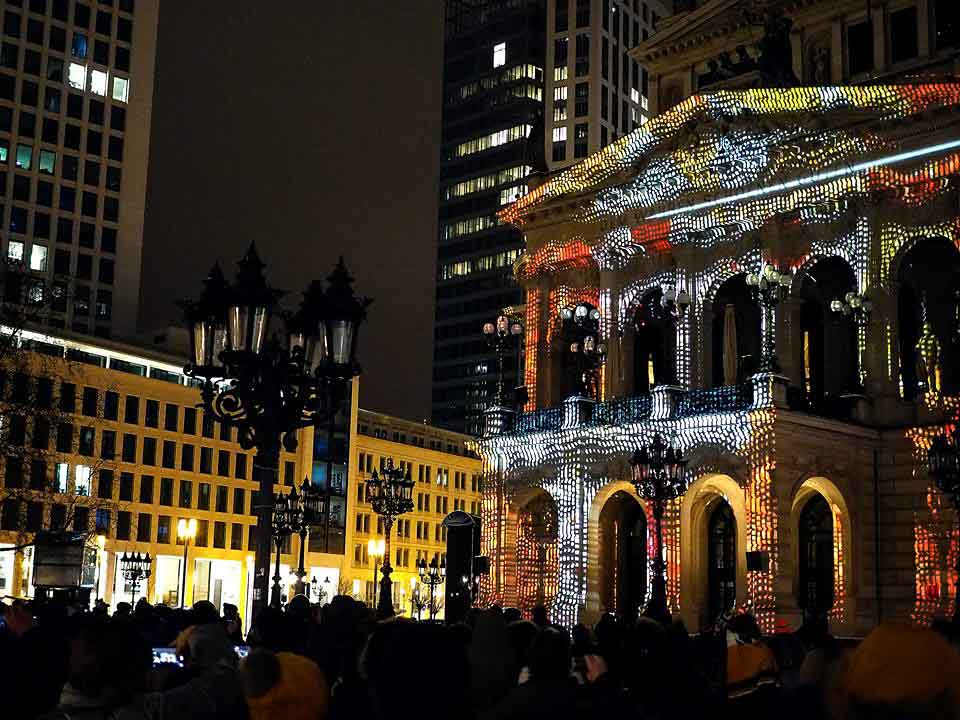 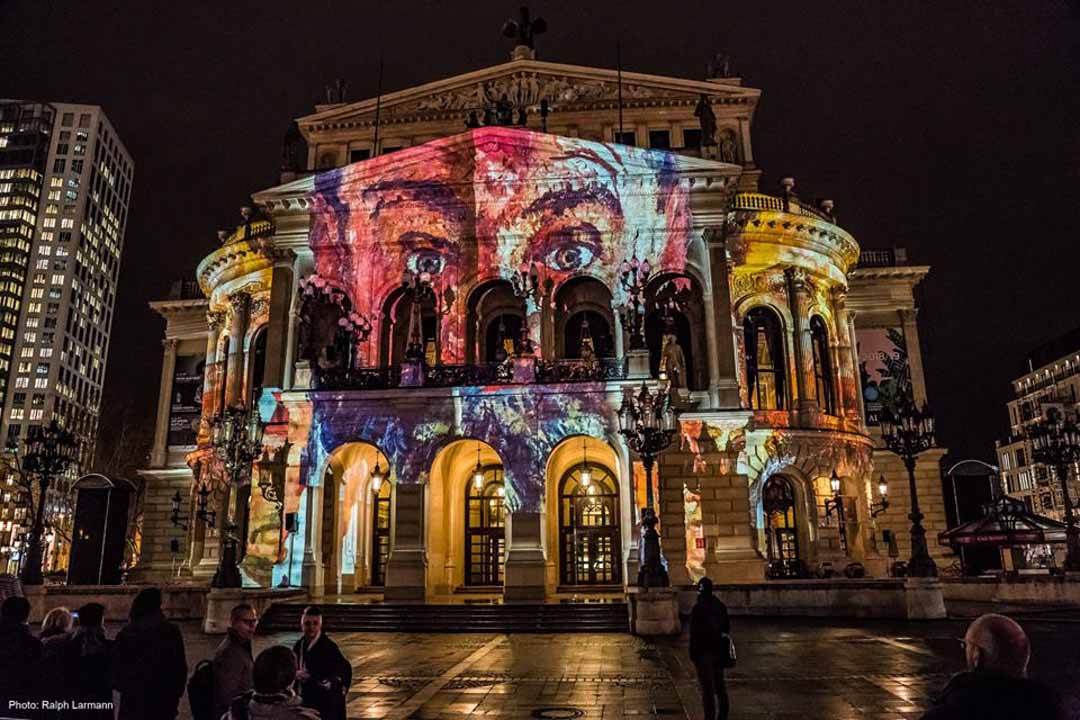 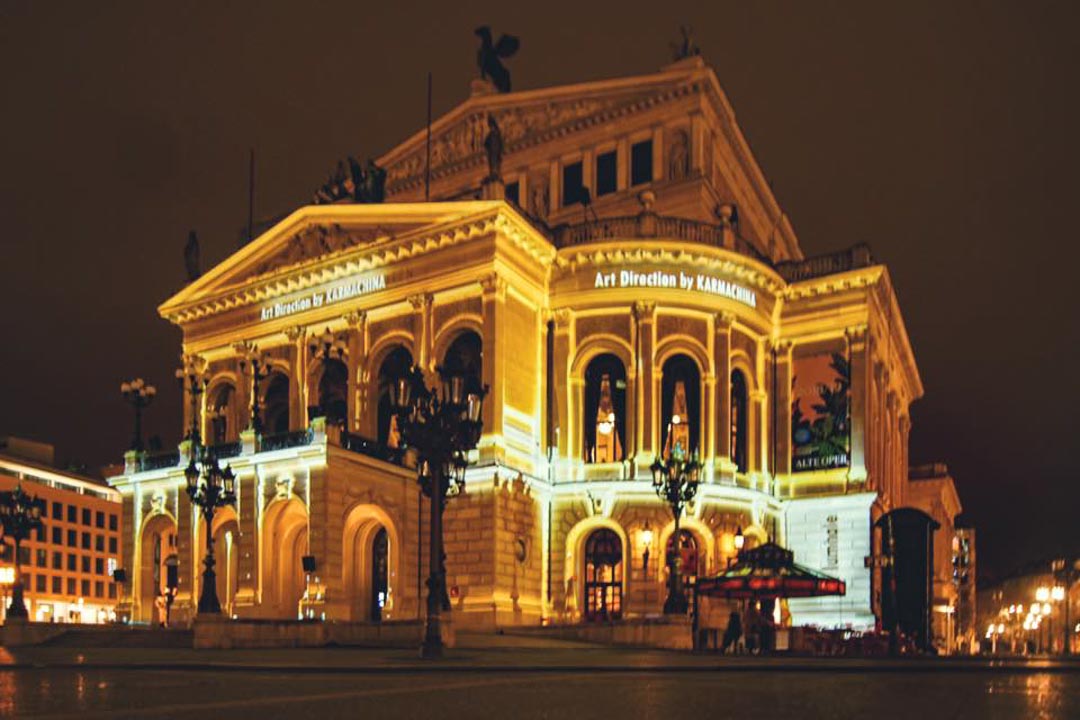 A video mapping project conceived and created for the façade by Frankfurt’s Alte Opera auditorium. In ten minutes the spectacle tells the story of the building funded by its citizens during the second half of the 19th century and badly damaged during the Second World War bombings. It was then rebuilt once again with the help of the town’s citizens as a concert hall.

The event is built around five acts, backed by an original sound track of Fernweh and animated images taken from the civic historical photography archive and masterpieces from the Städel Museum. It provides the audience with a reconstruction of the various stages of the monument’s life: the construction of its foundations and its inauguration, followed by its destruction, the citizen’s petition and the reconstruction and finally a new lease of life.

A spectacular ten minute flow of audio-visual material alternating figurative and abstract elements, a series of decorative chromatic combinations capable of highlighting the architectural features of the Alte Oper’s façade.

A special thanks to Isa Rekkab e Jörg Müllner