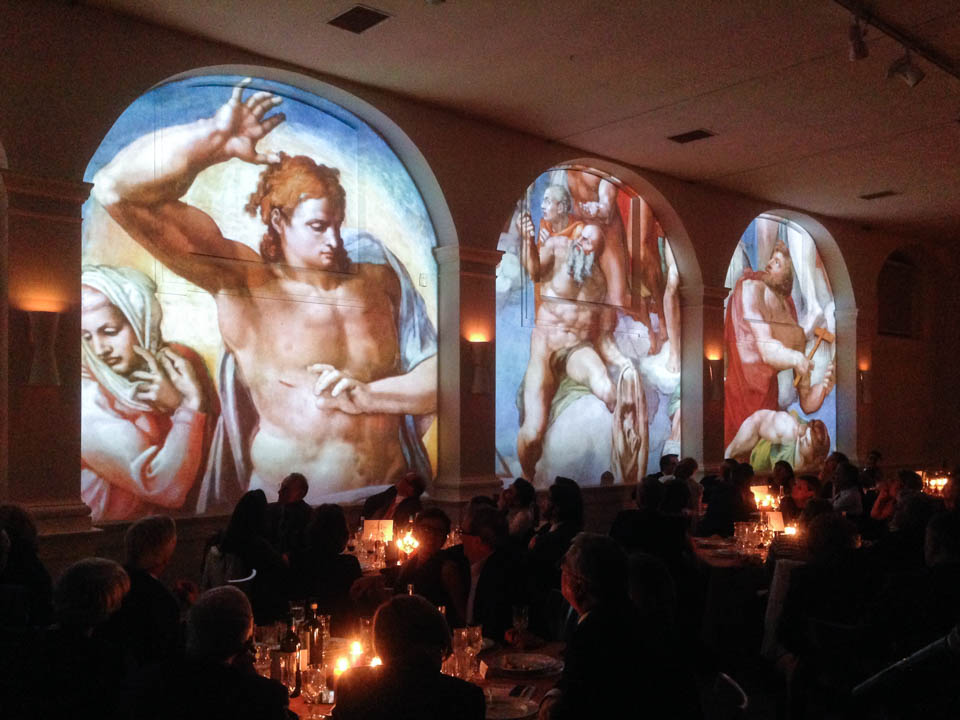 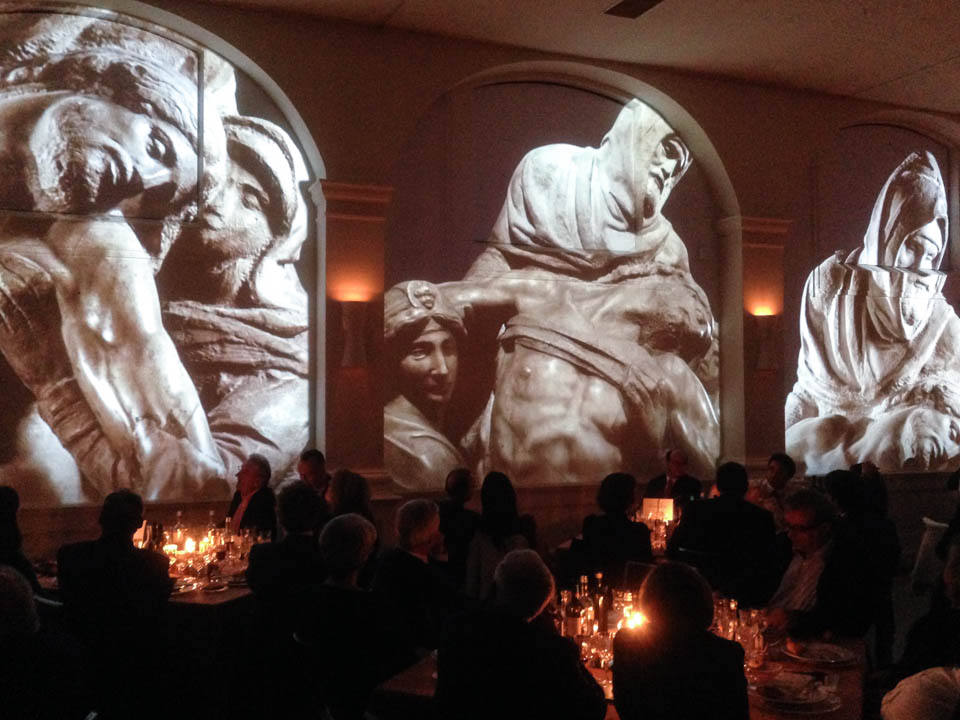 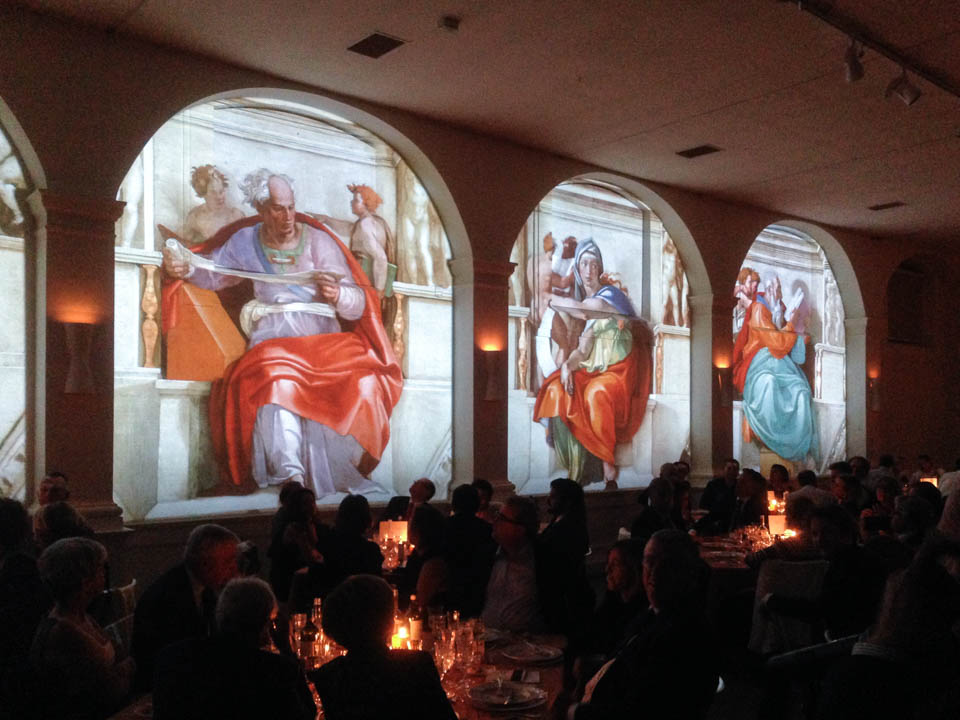 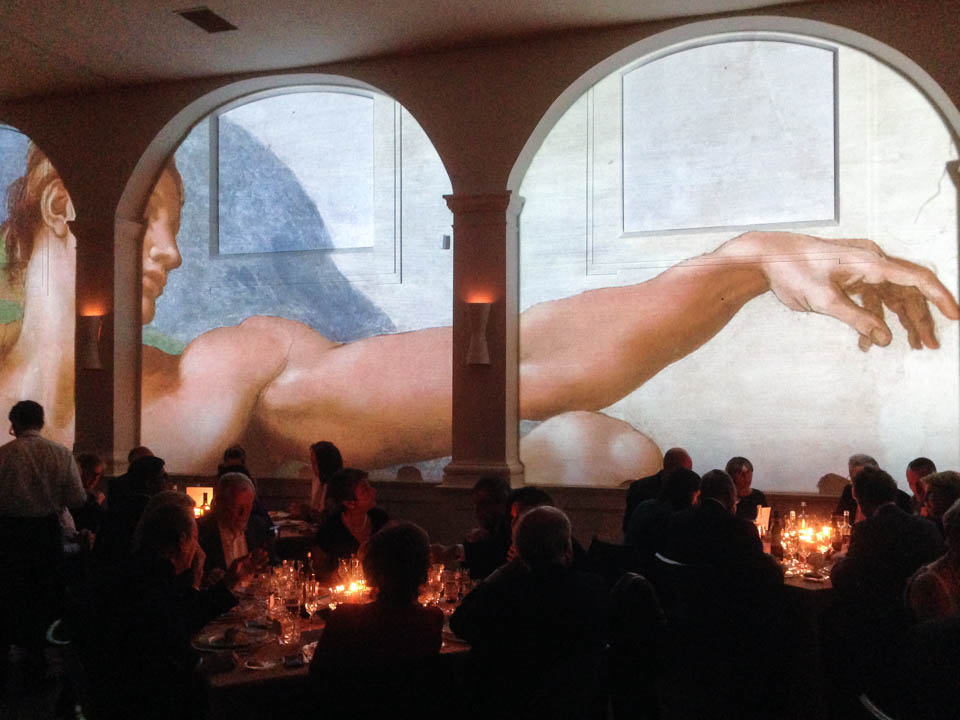 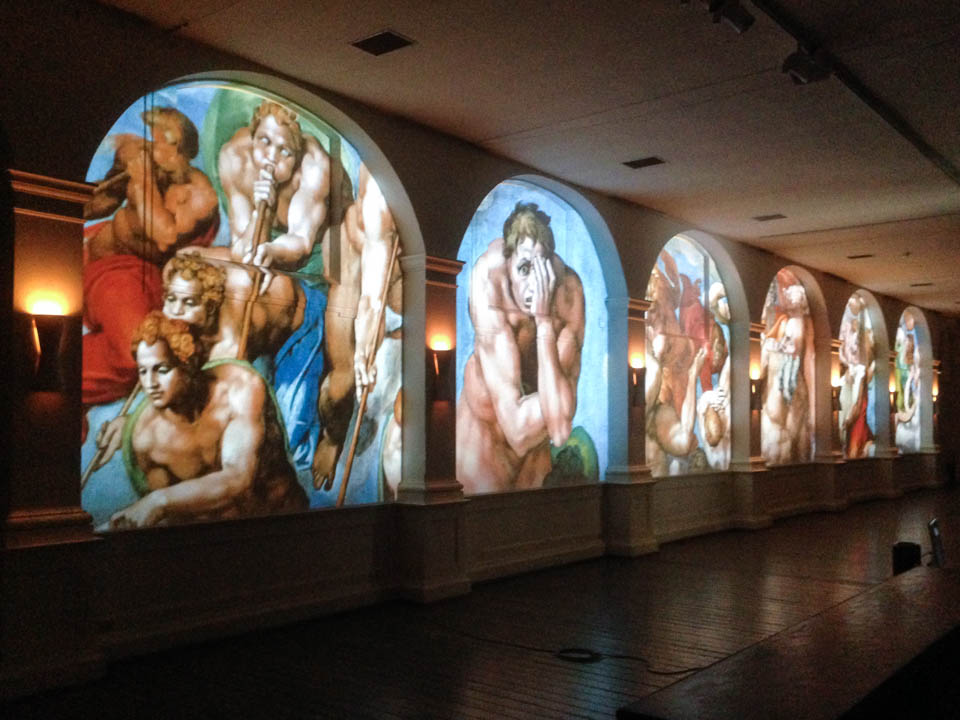 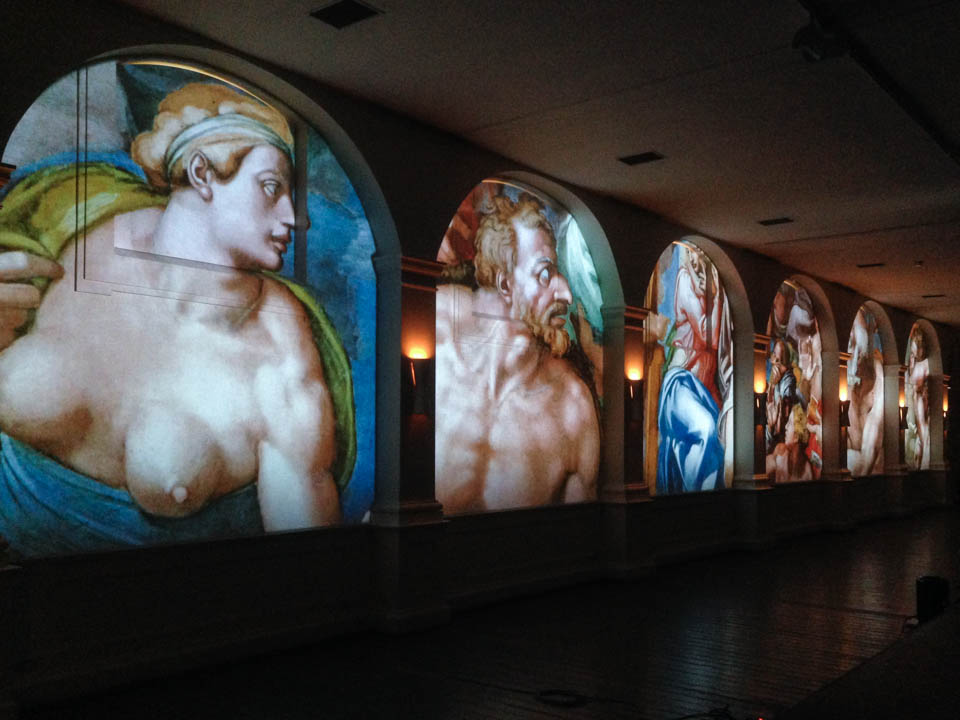 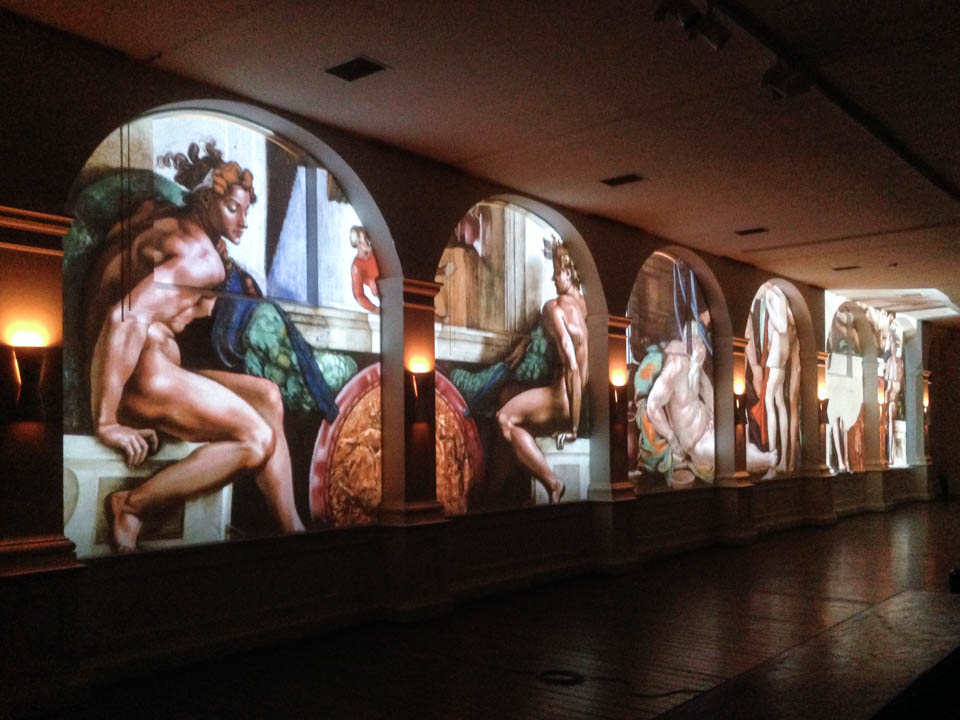 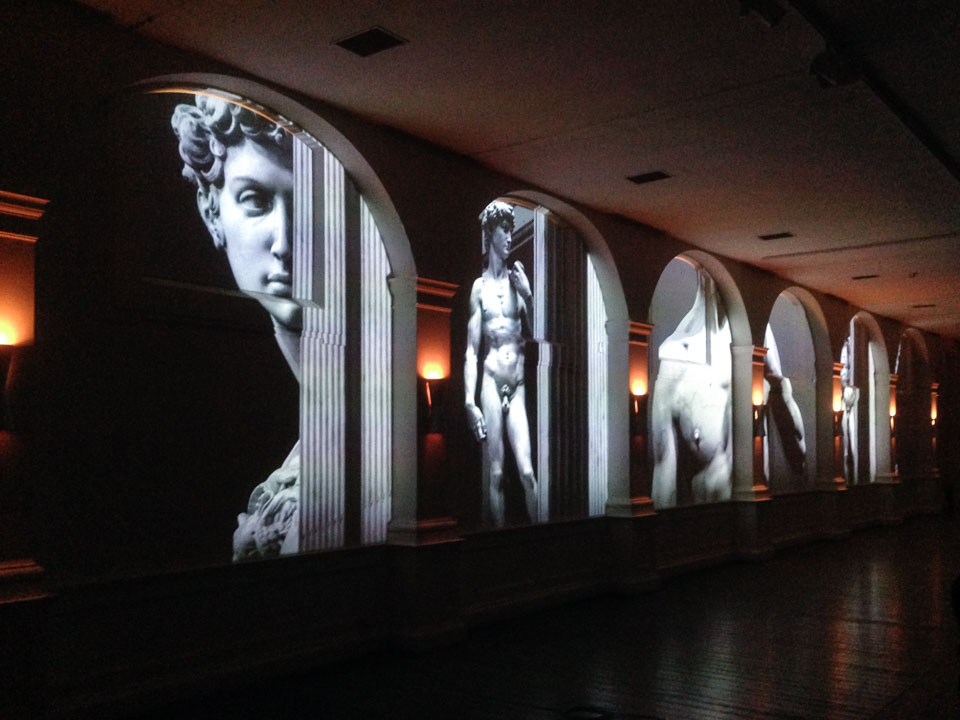 The recesses in the Académie des Entrepreneurs brought to life by Michelangelo's frescoes.

The paintings and sculptures of the Florentine master were broken down and reassembled in the recesses of the hall, which on this occasion were used as modular surfaces for a new virtual fresco. The play between static and dynamic situations accompanied the evening and defined its various moments; the installation thus formed an immersive and enthralling environment and the participants thus found themselves in the centre of a large and complex fresco by Michelangelo.