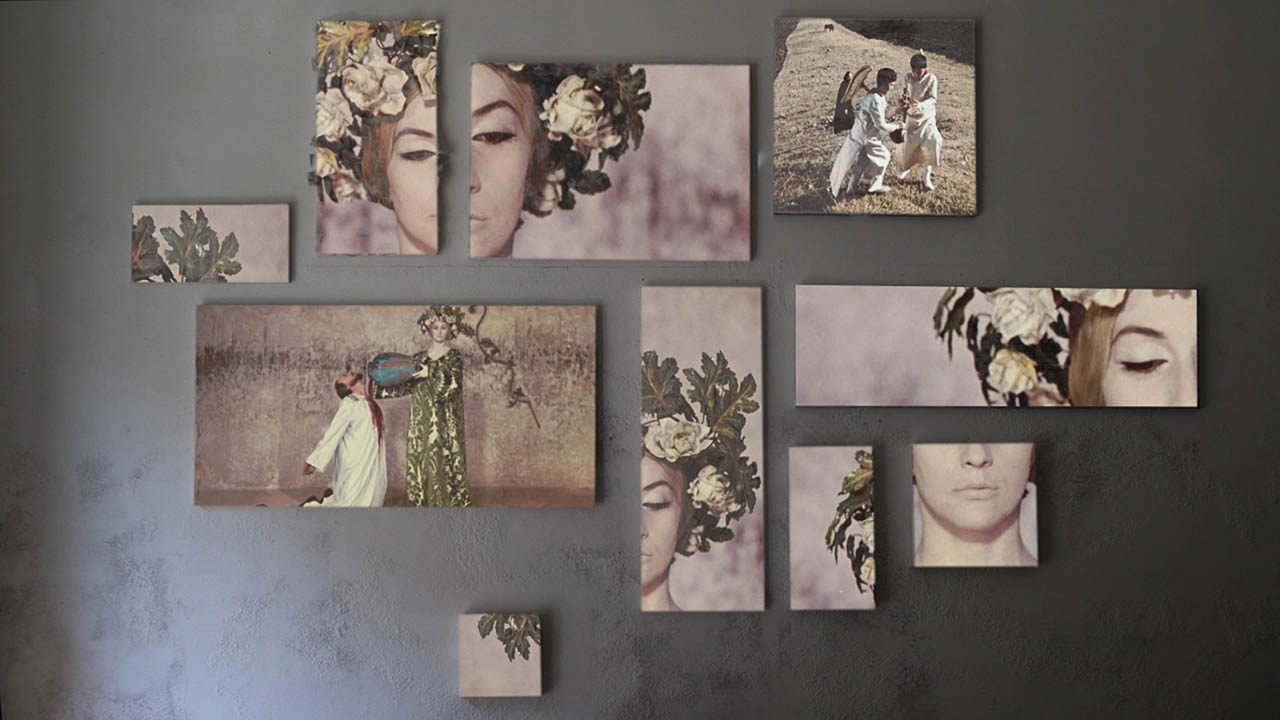 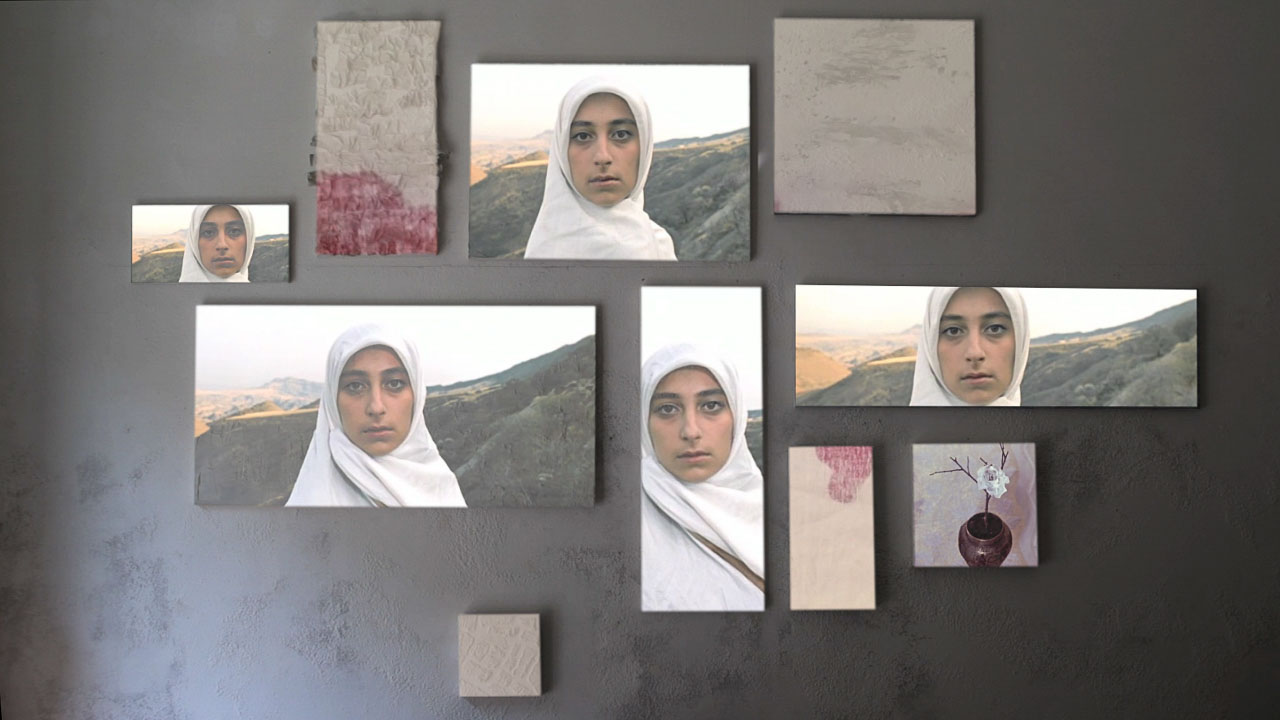 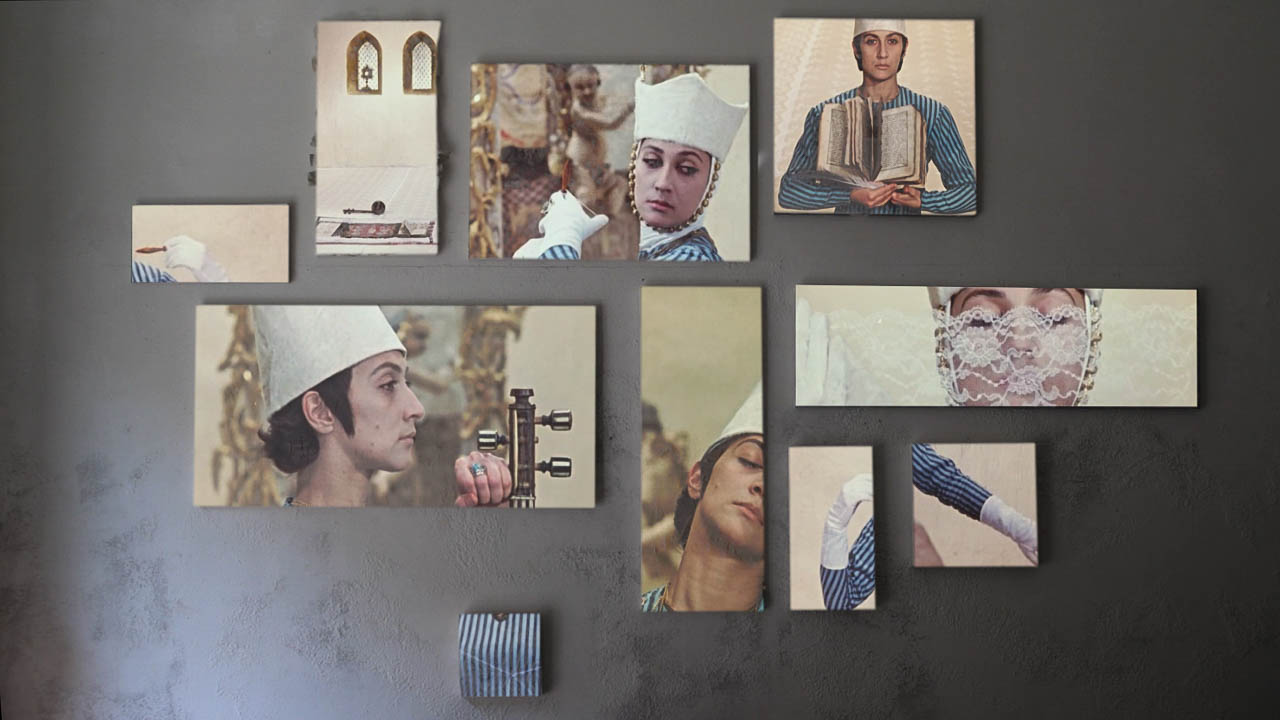 An artistic tribute to the master of Armenian cinema Sergei Parajanov

The installation pays a tribute to the ability of the Armenian master in creating what can only be described as pictorial compositions devoid of a narrative thread using the medium of film, an ideal combination of dream like atmospheres and ultimate realism. Frames taken from The colour of pomegranates (1968) and The legend of the Suram fortress (1985) have been selected and reassembled on ten canvases: by becoming independent and acquiring a tangible consistency, each of them both isolates a fragment of the original work and takes part in the composition of a new work, framing a new image.