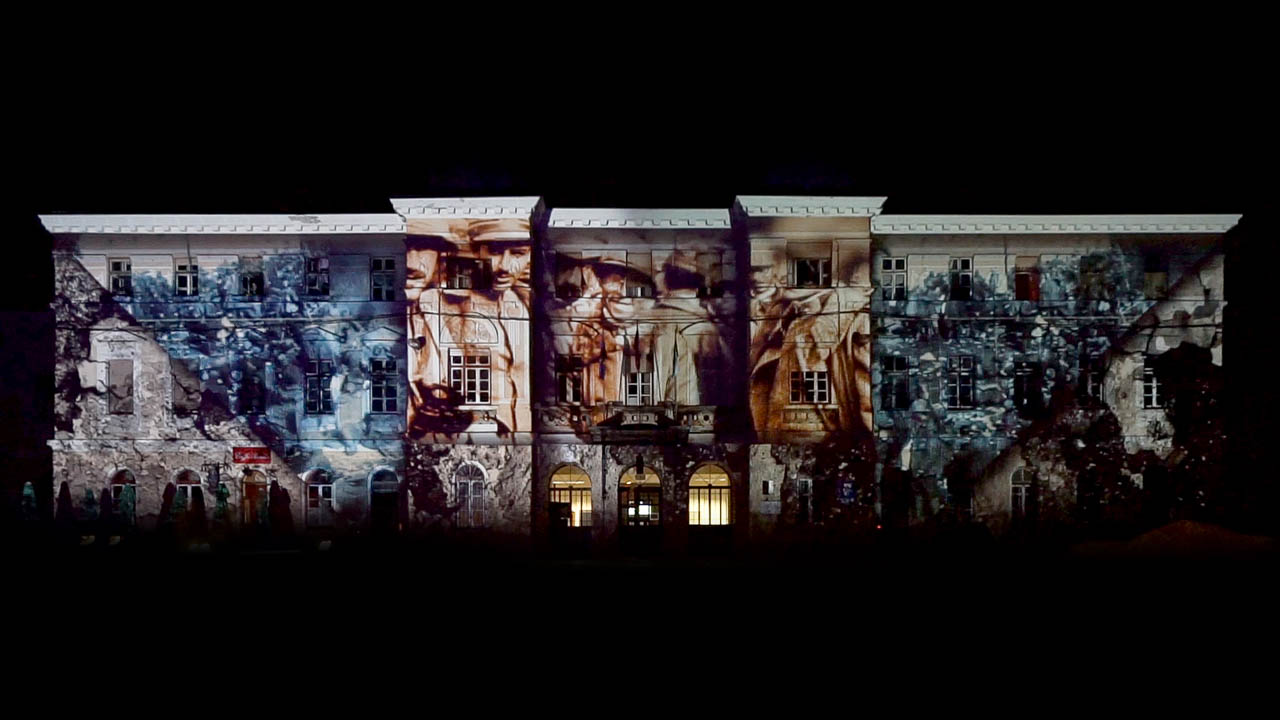 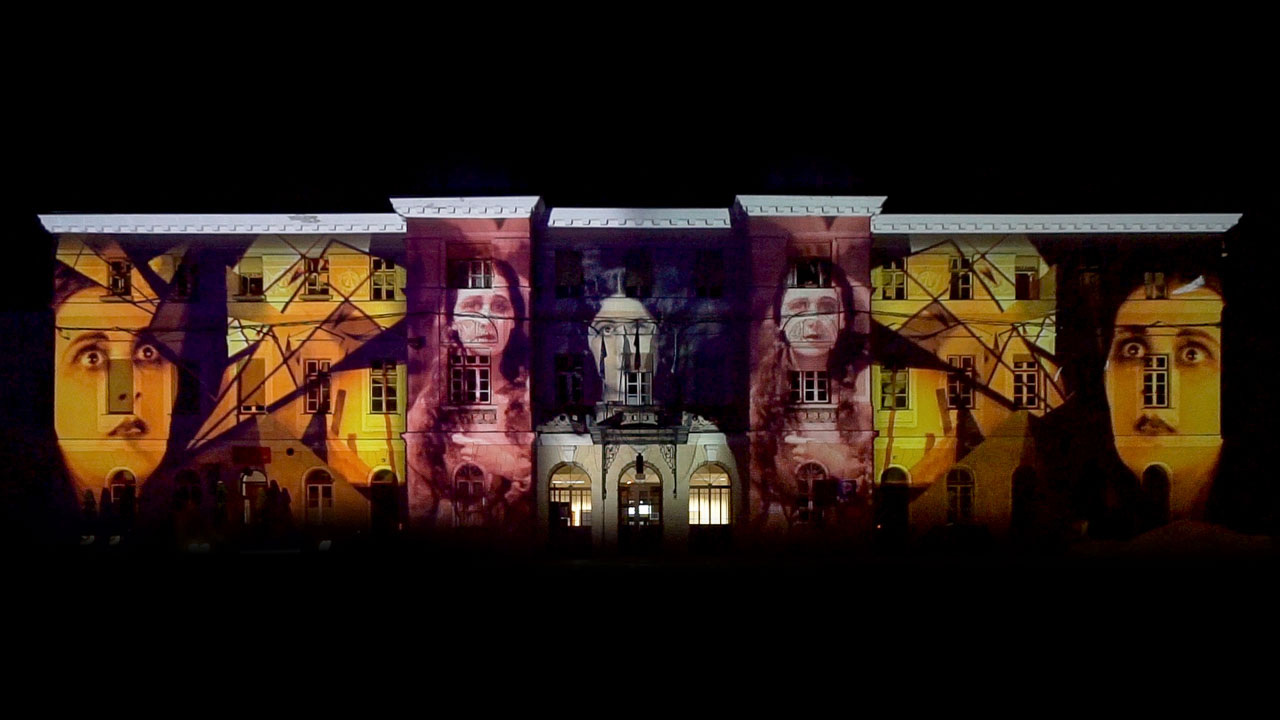 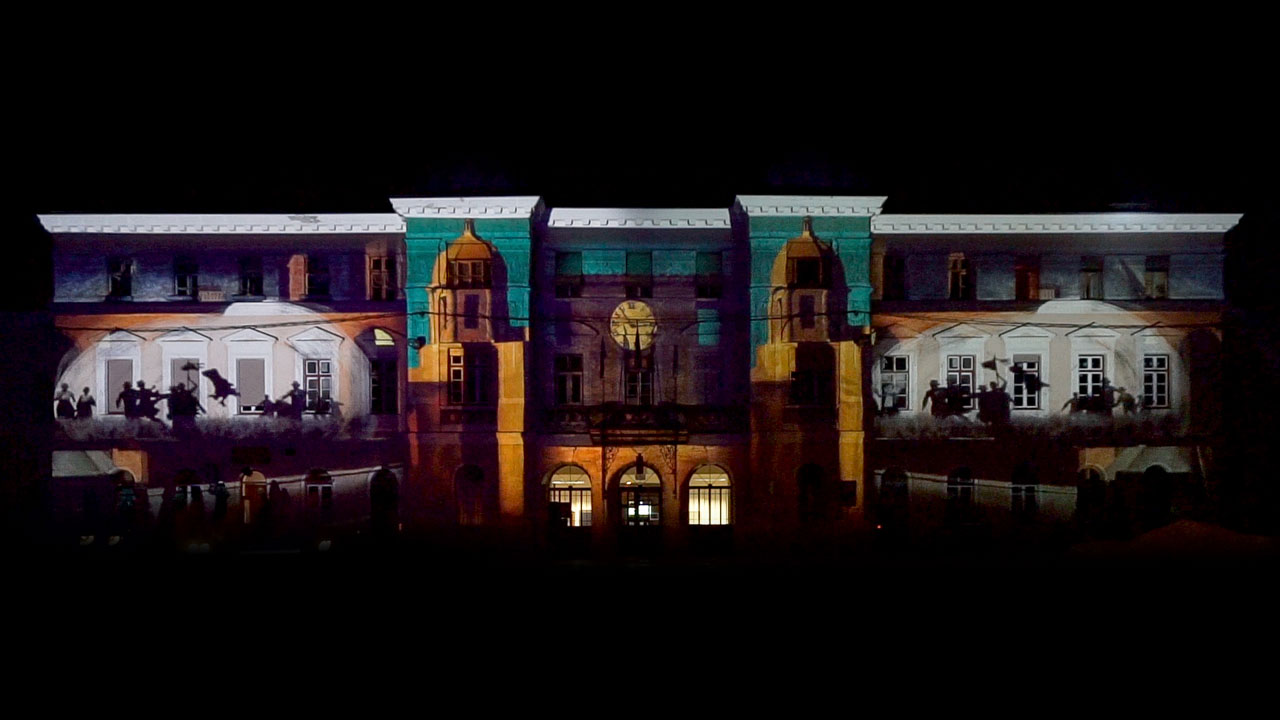 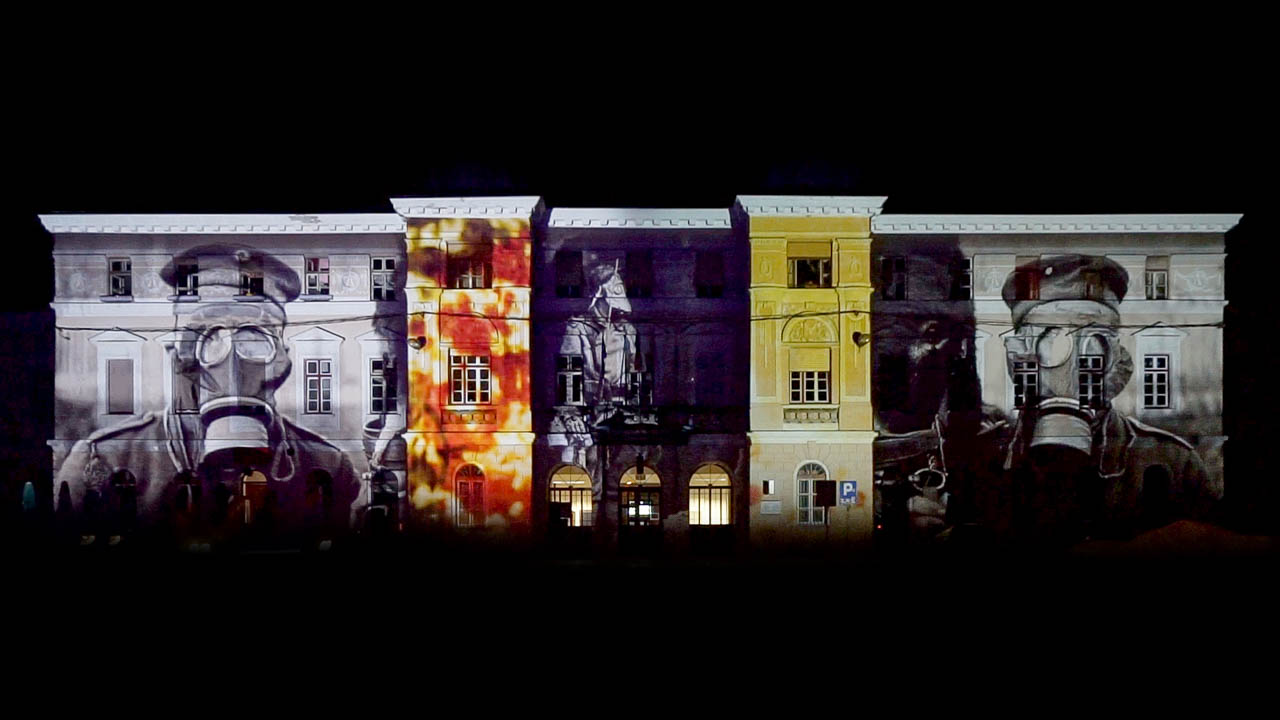 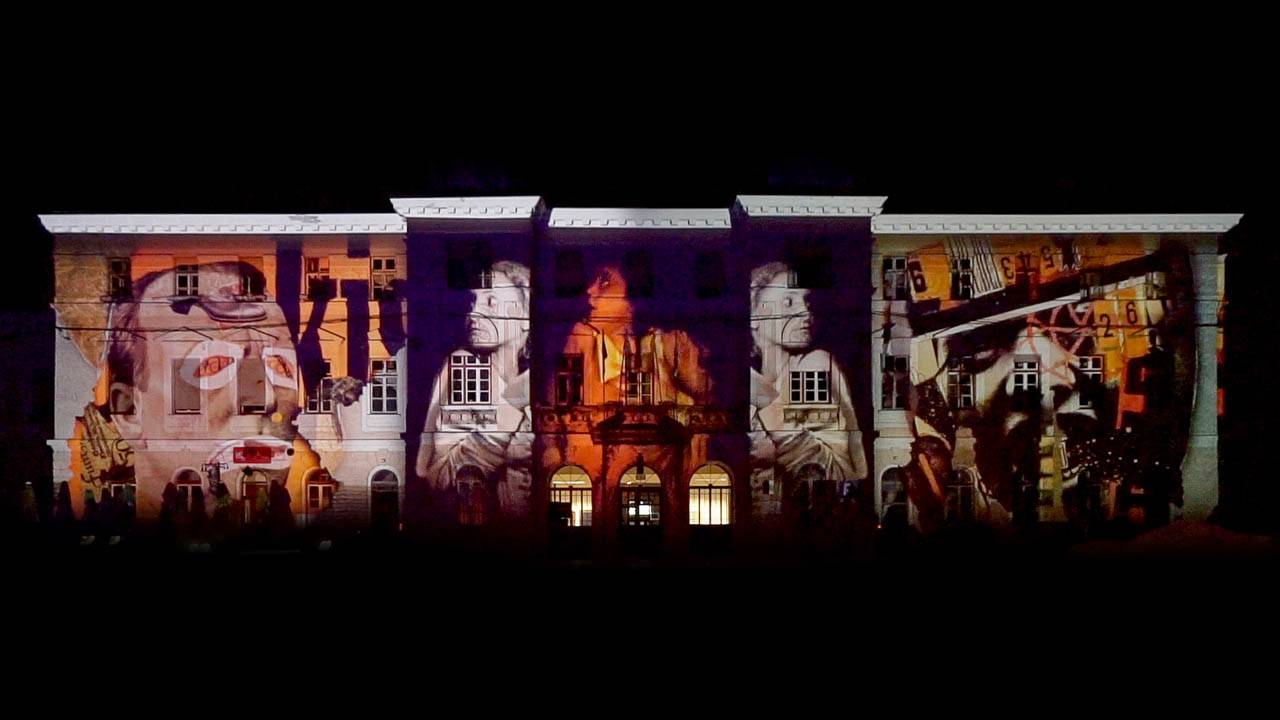 A video mapping work dedicated to the First World War and to Gorizia, created for the first edition of the In\Visible Cities – Urban Multimedia Festival. The projection was accompanied by original music performed live by Teho Teardo.

A Heap of Broken Images, a title that pays tribute to T.S. Eliot’s The Wasteland, is made up of eight settings for music, video and voice using as their starting point the diaries and chronicles of those terrible years, and in which archive photos and those of the artistic experiments of the 20th century alternate to provide two complementary descriptions of the Great War. The extracts from the diaries written in Gorizia at the time, which describe states of mind that are visually portrayed through period films and paintings, offer a very personal insight into the war: it’s the intimate and domestic conflict of those who decided to stay in the city. These are juxtaposed against images of the “fought” war, with troops, bombings and rubble: the impersonal and brutal war of the trenches, at first distant and then gradually edging closer and closer before laying the city to waste.