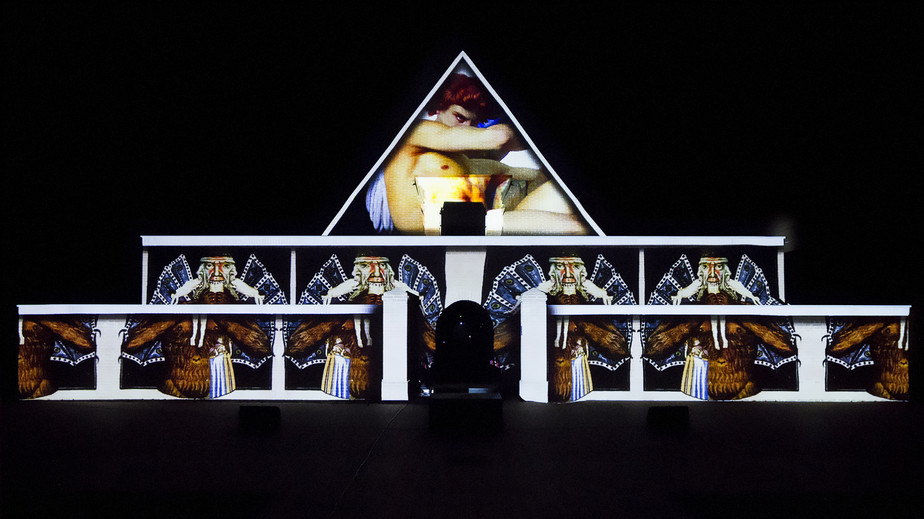 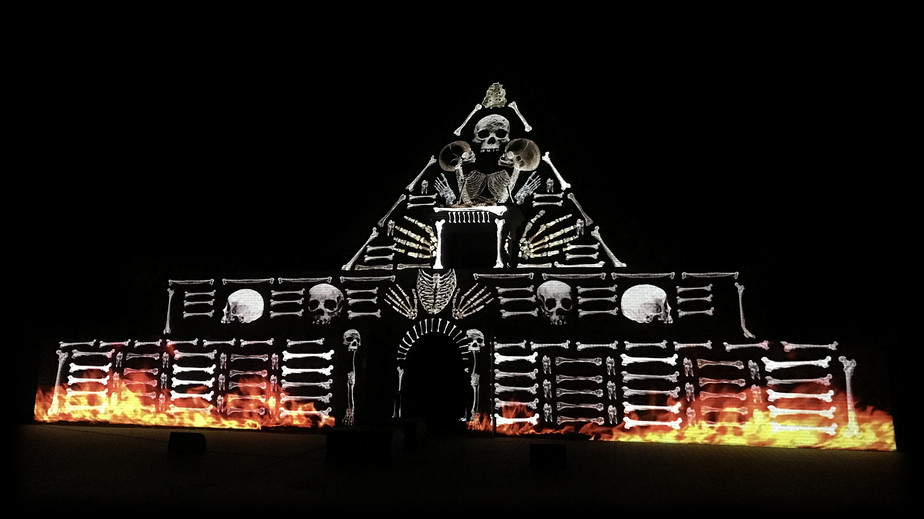 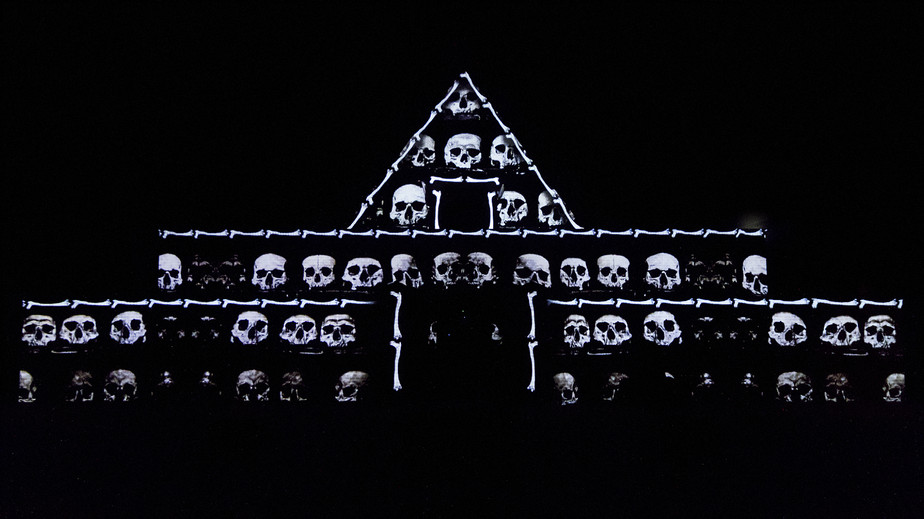 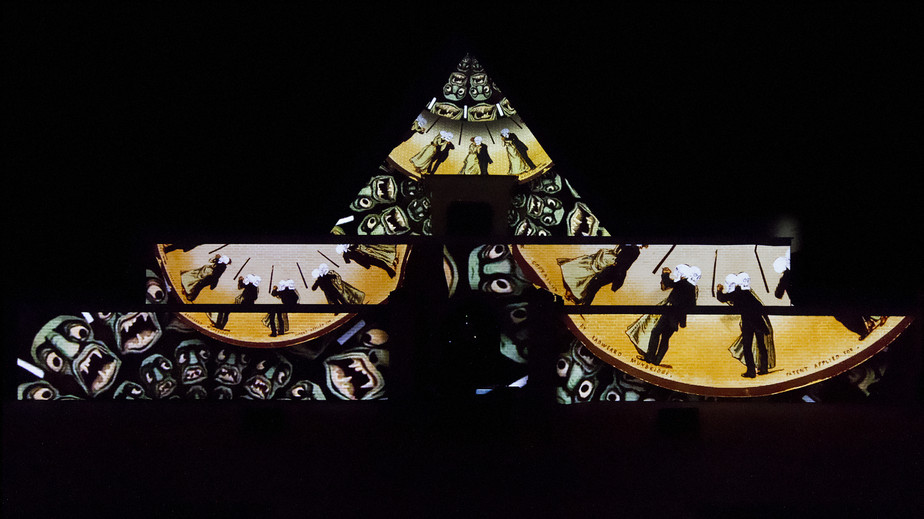 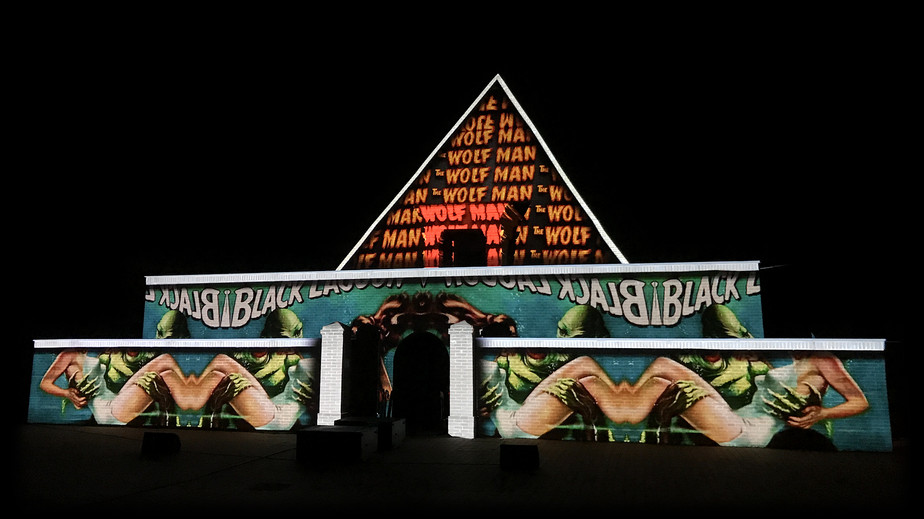 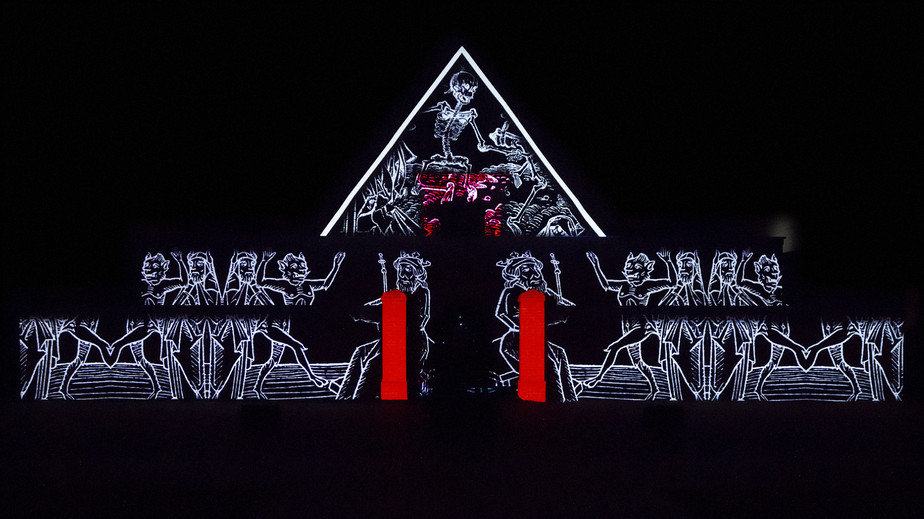 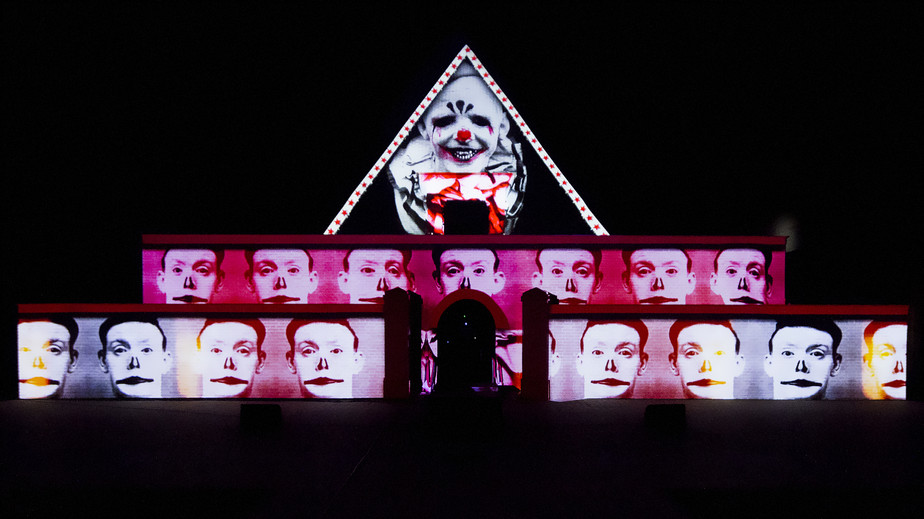 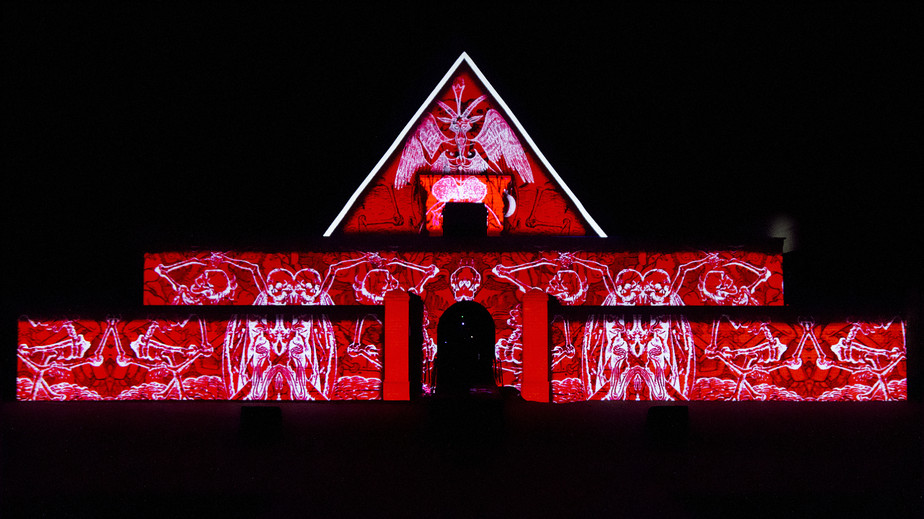 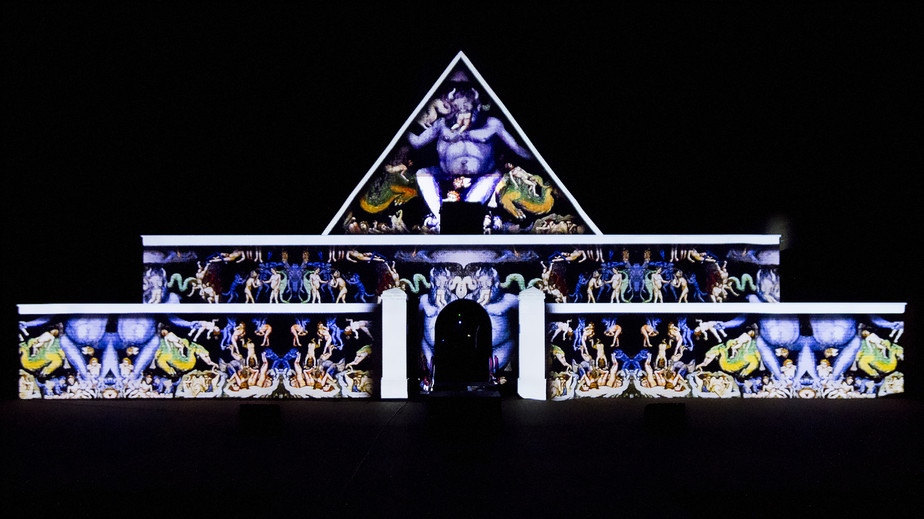 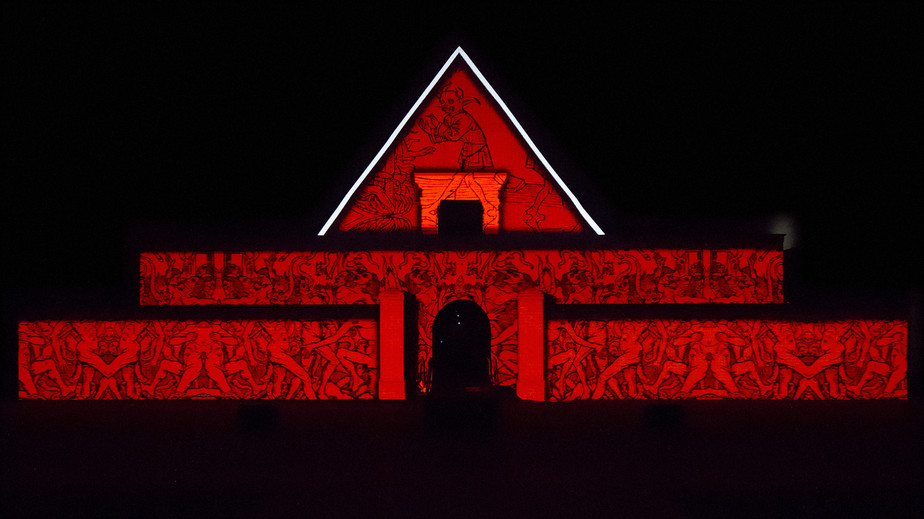 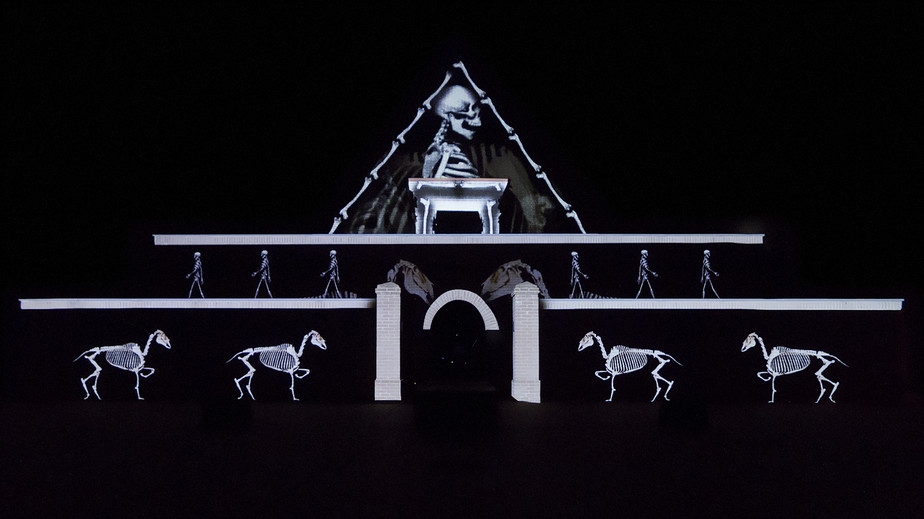 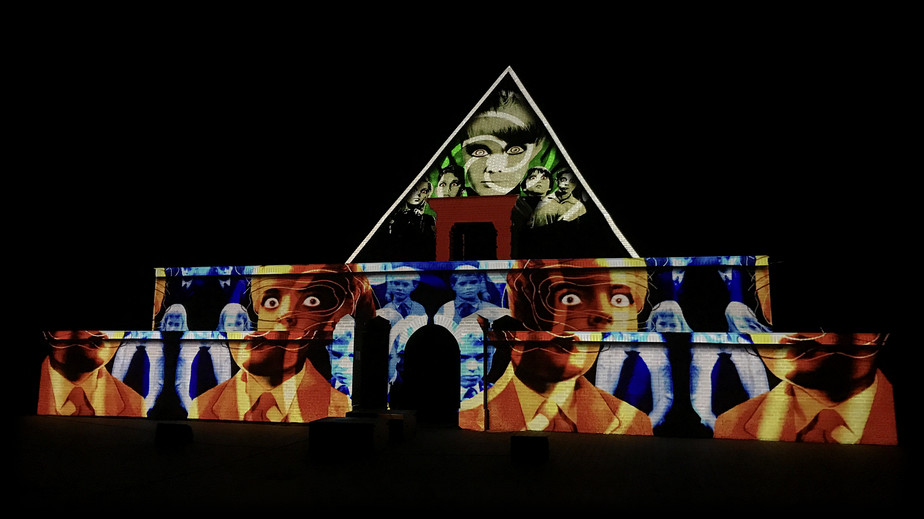 A video-mapping show created for Halloween at the Masone Labyrinth owned by Franco Maria Ricci. Projected onto the façade of the pyramid located in the centre of the villa, the show is accompanied by a live concert by Optogram.

The architectural elements of the surface were animated with different scenes inspired by the theme of the dance macabre, the memento mori and the world of horror.