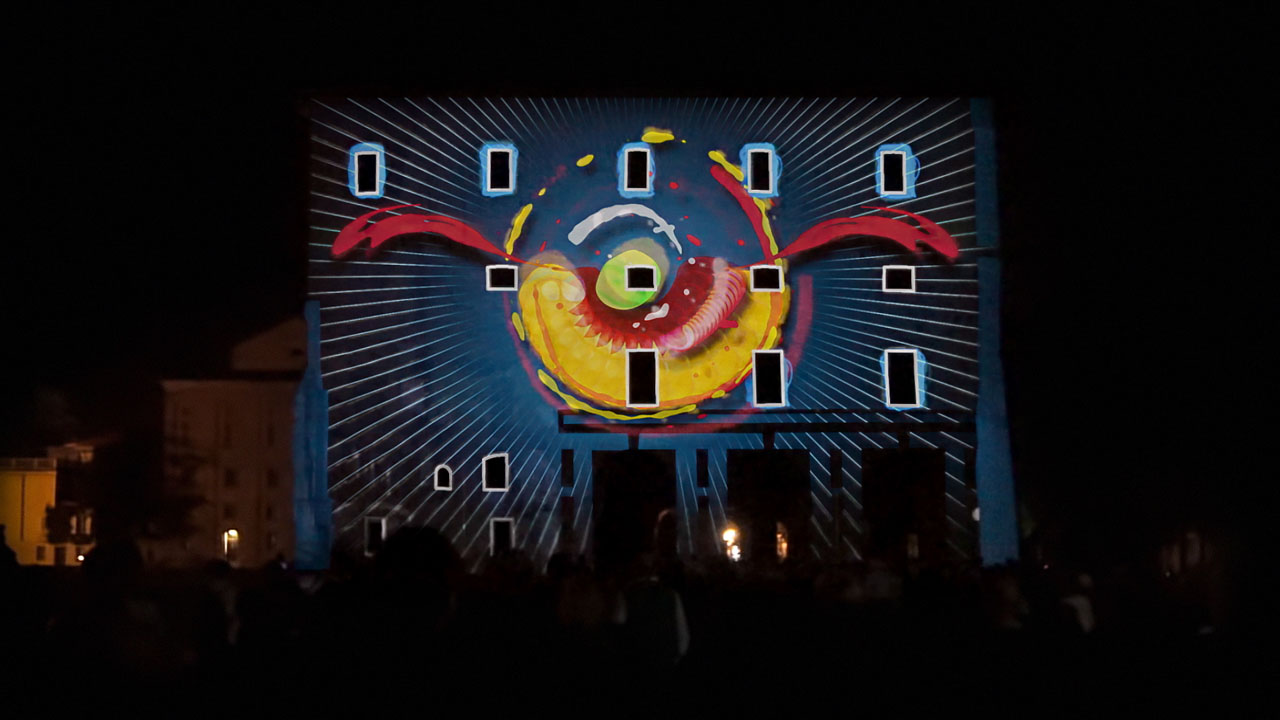 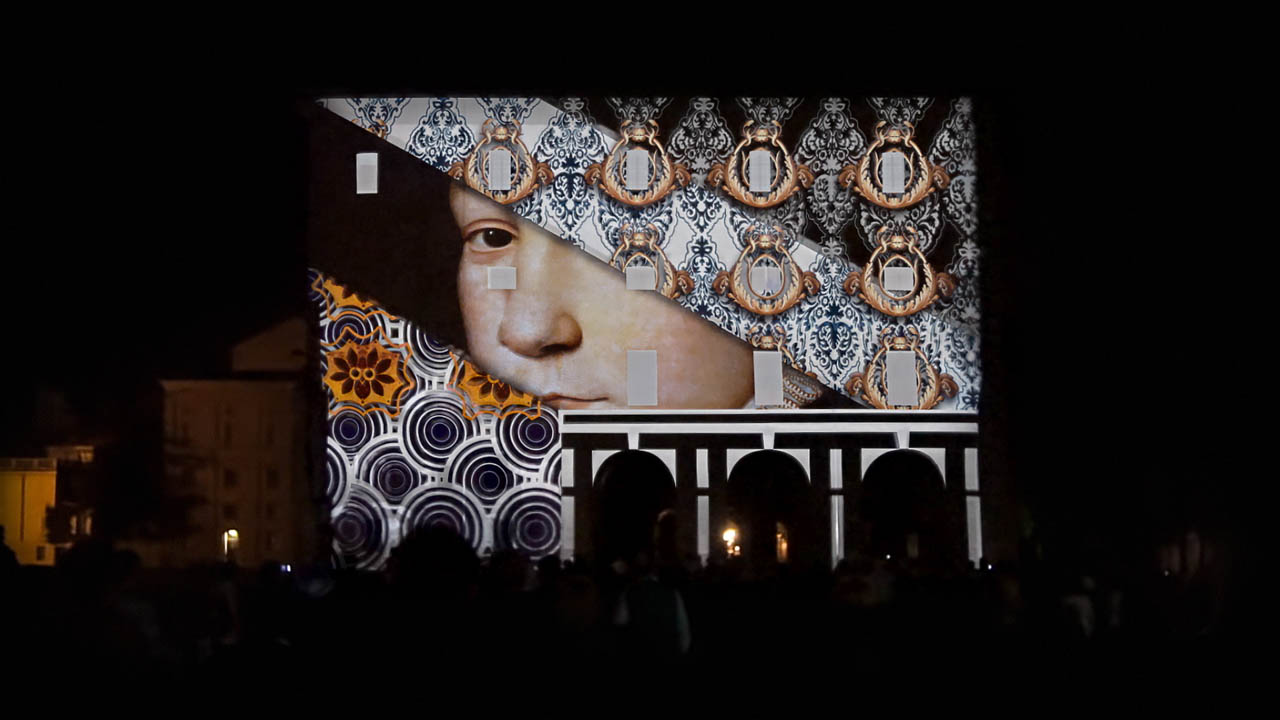 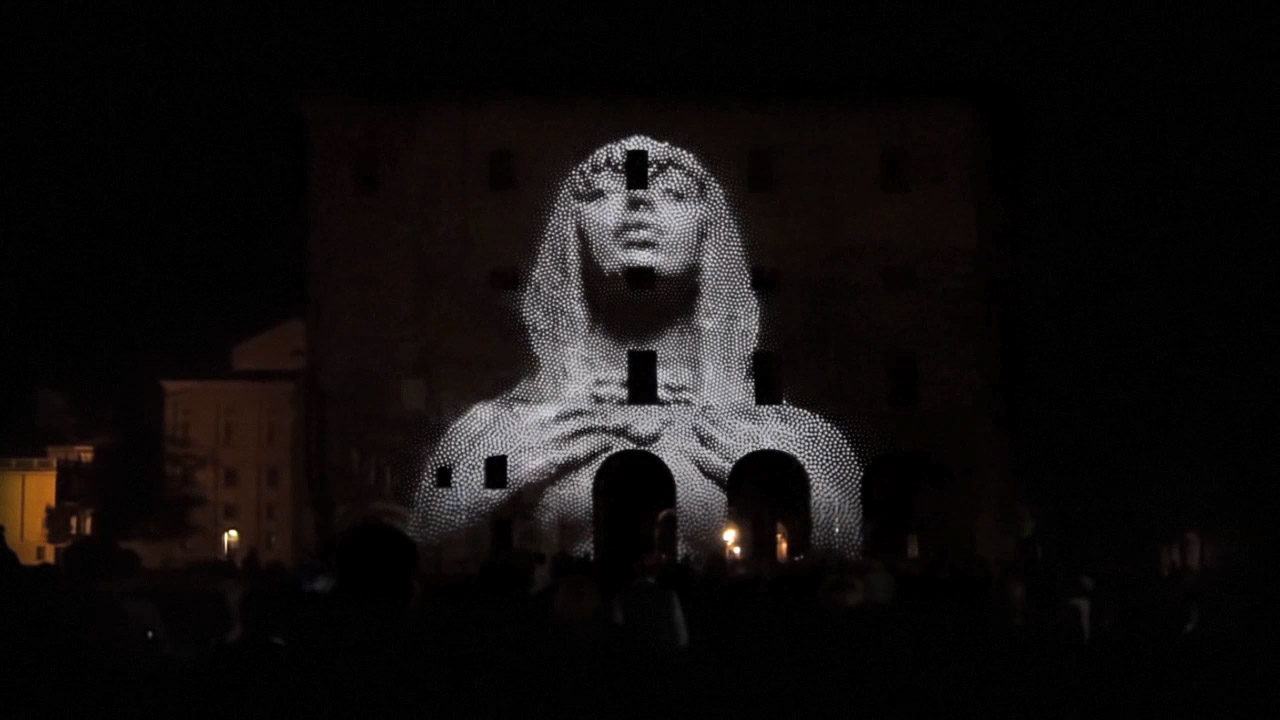 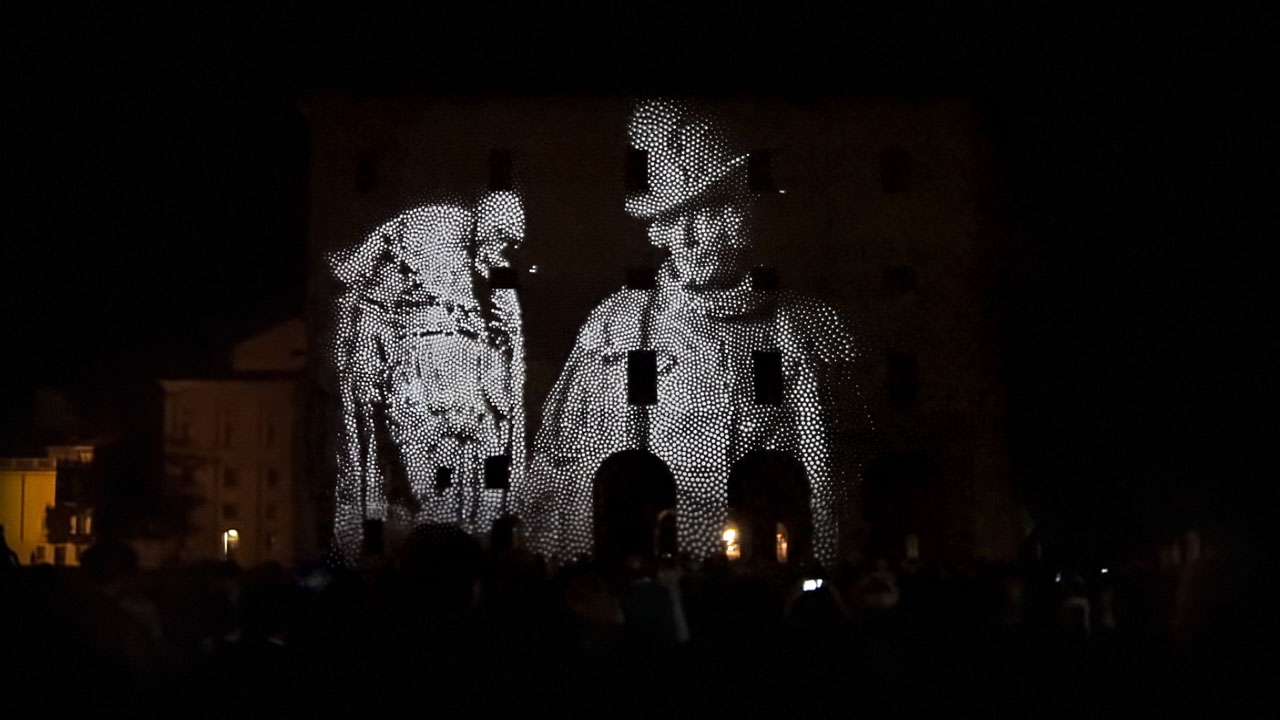 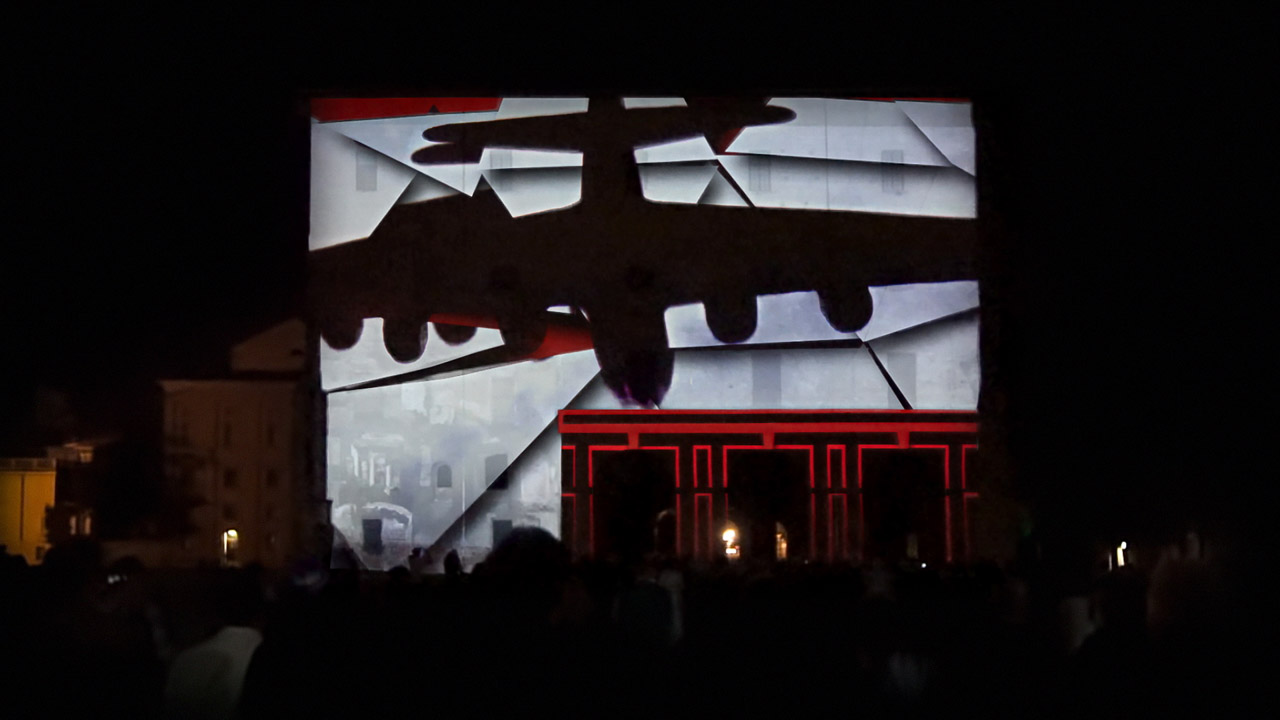 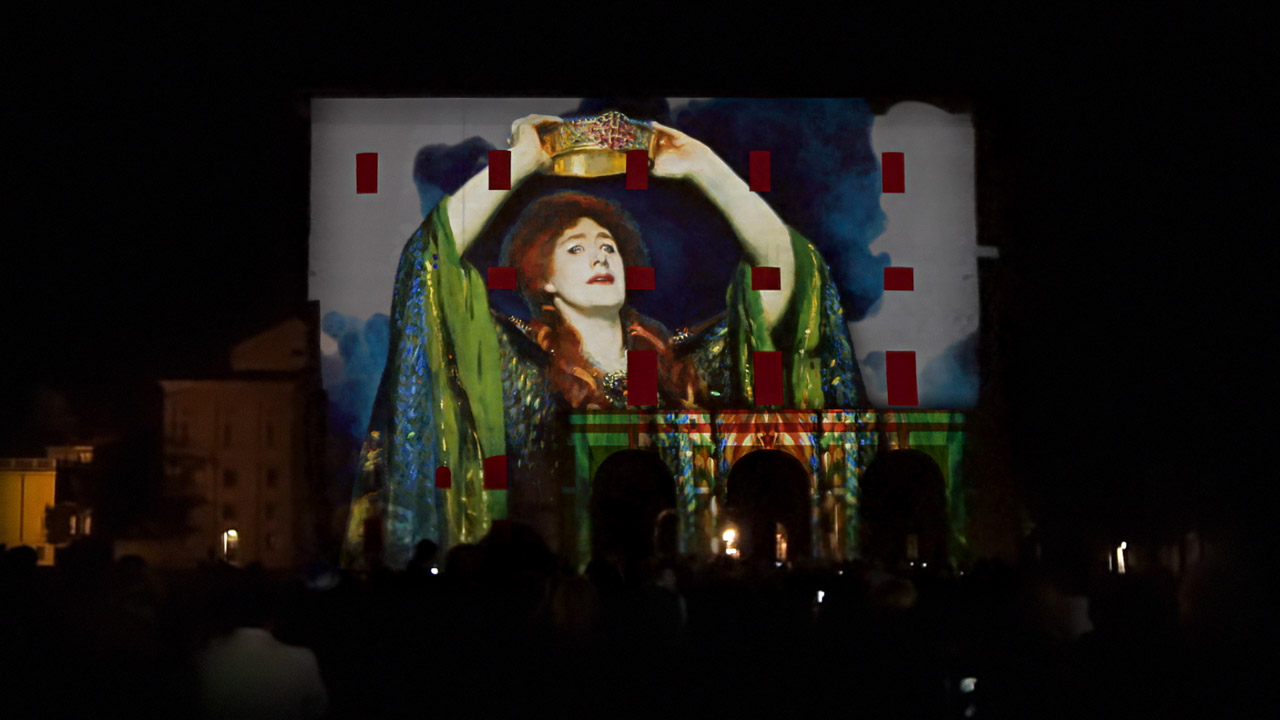 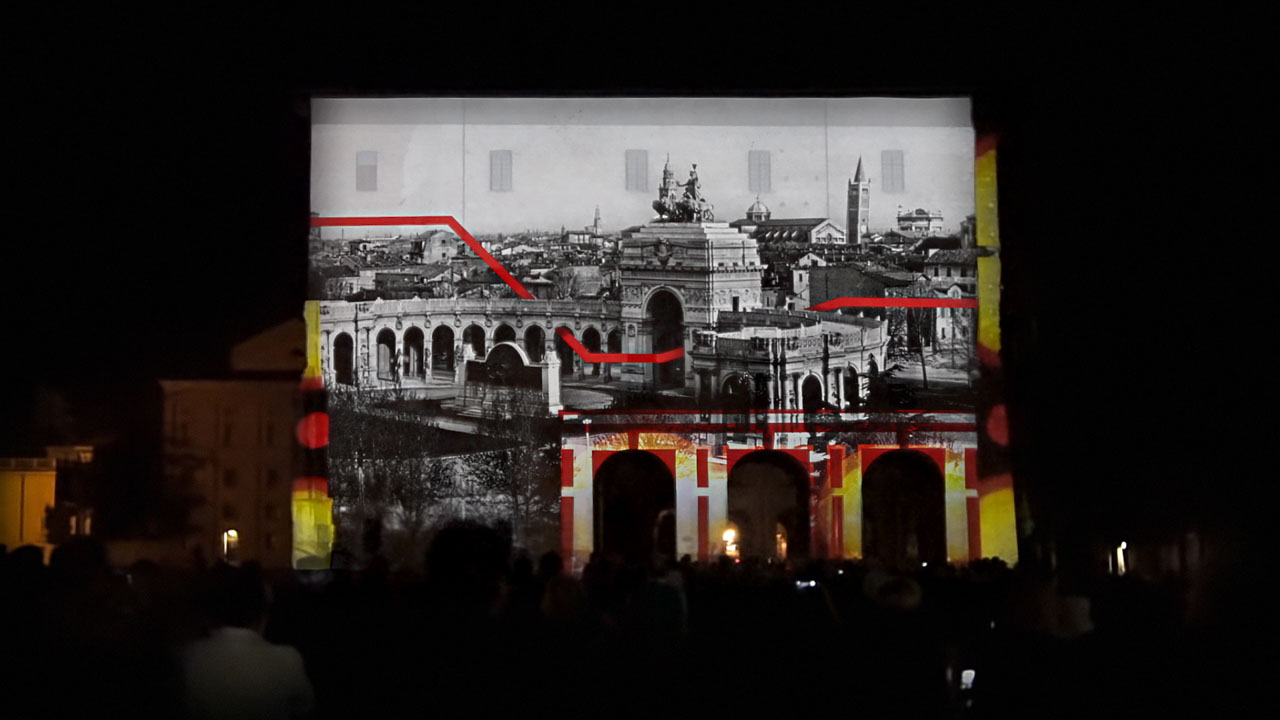 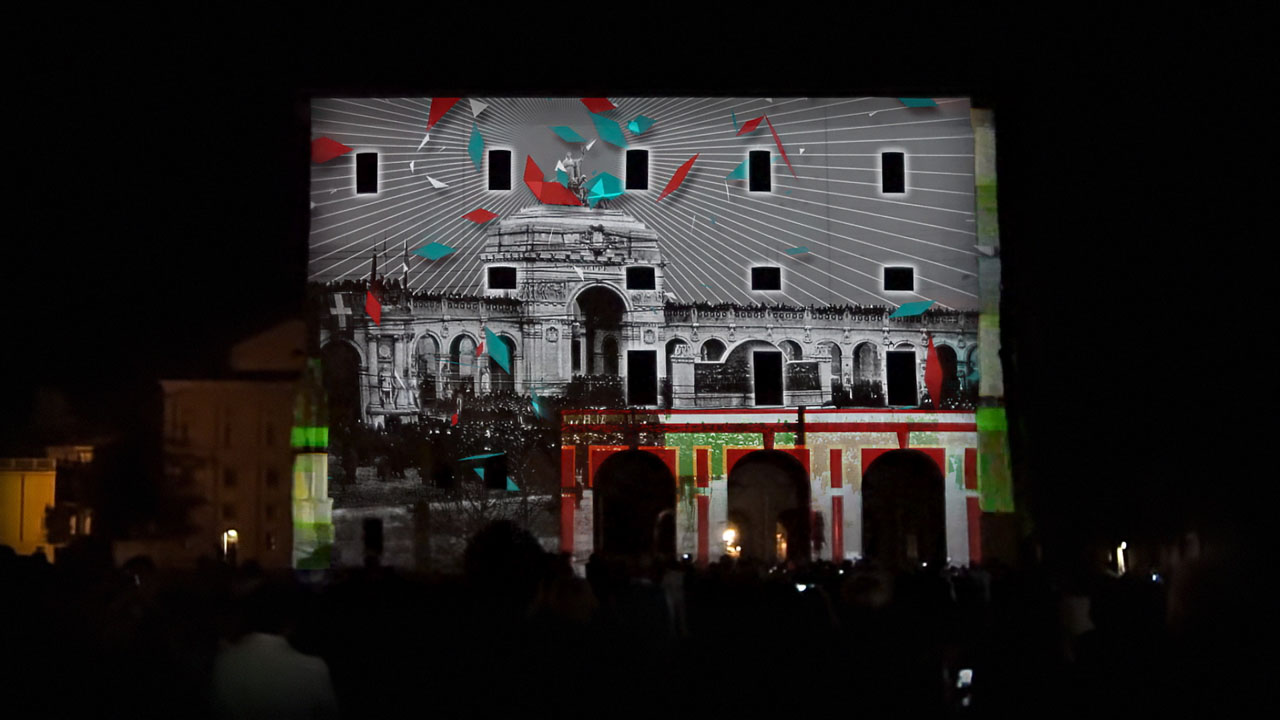 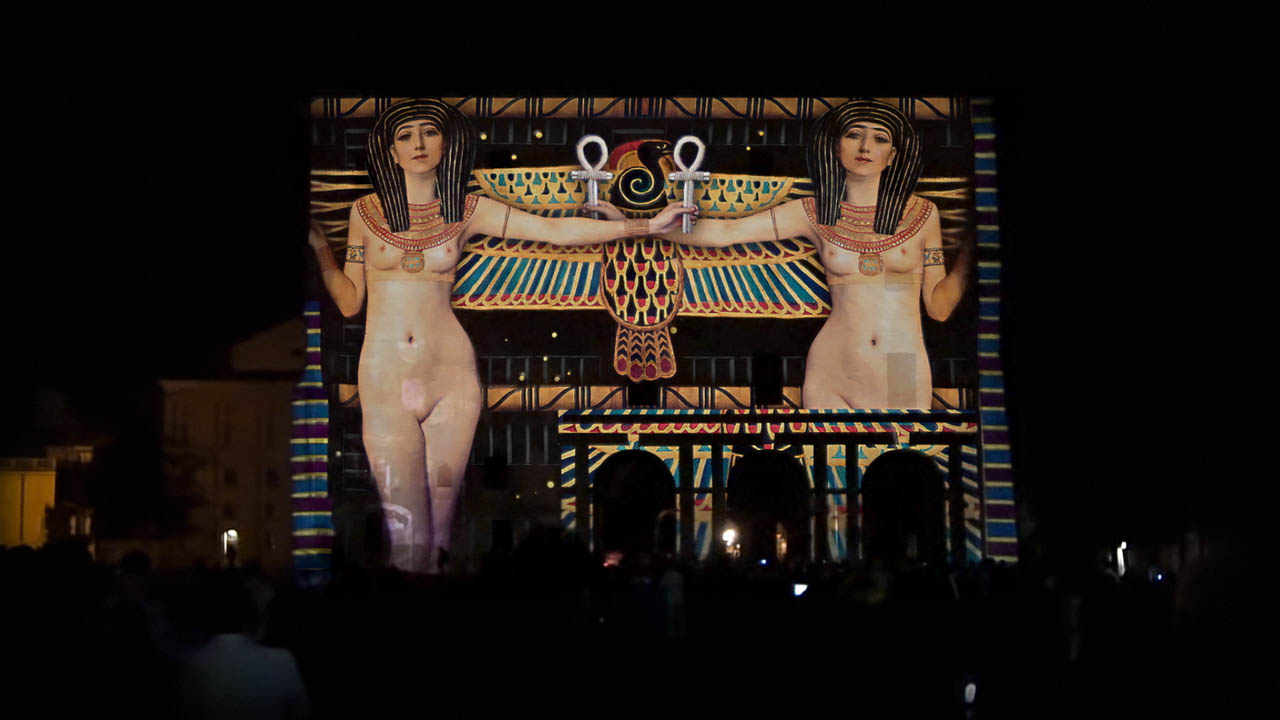 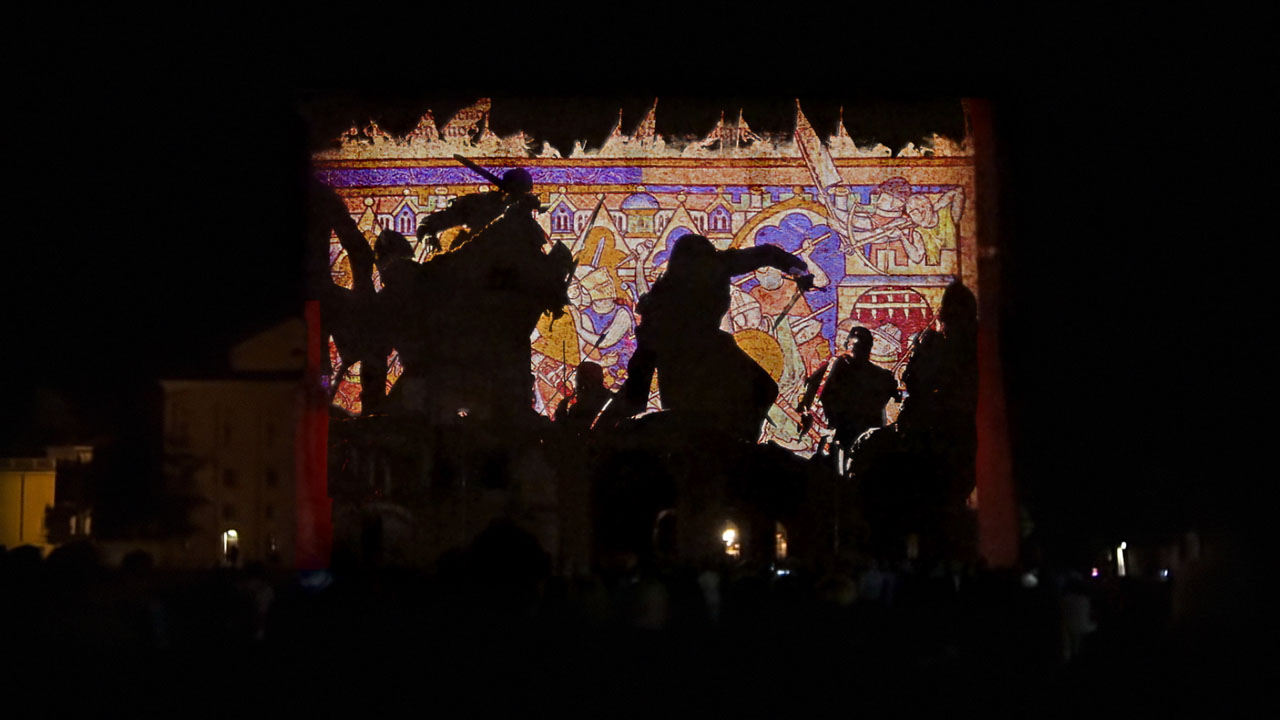 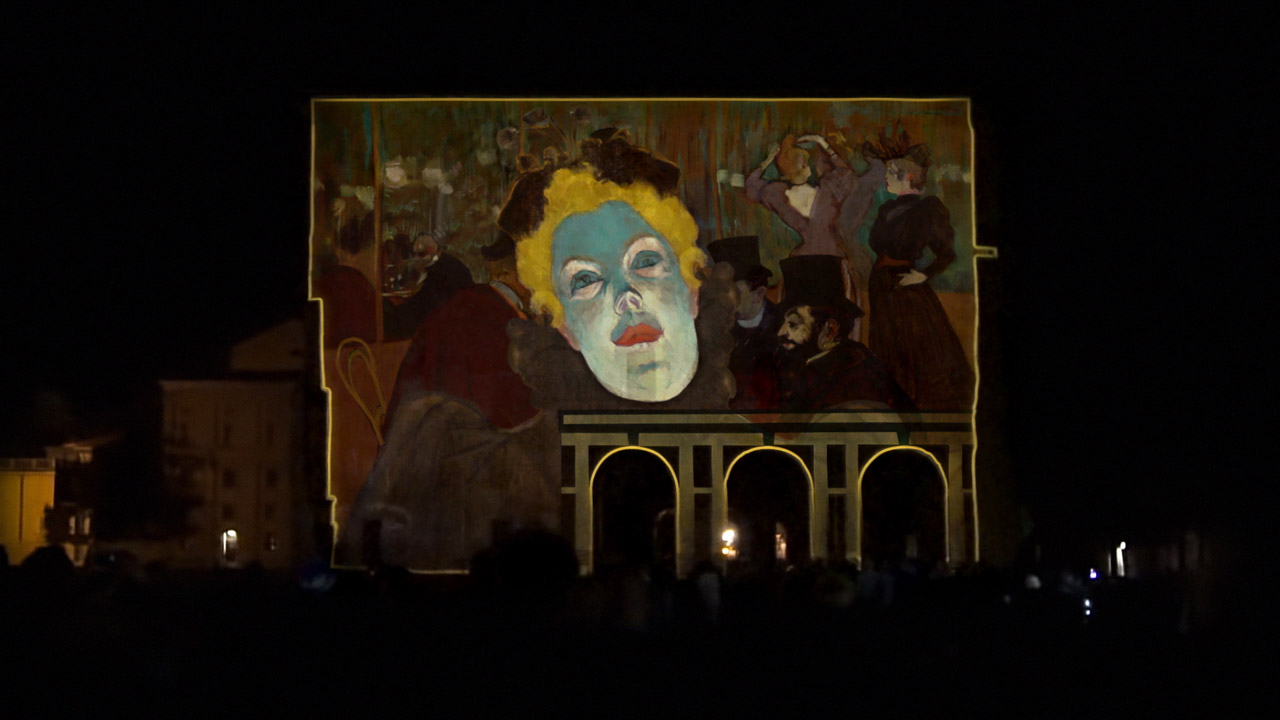 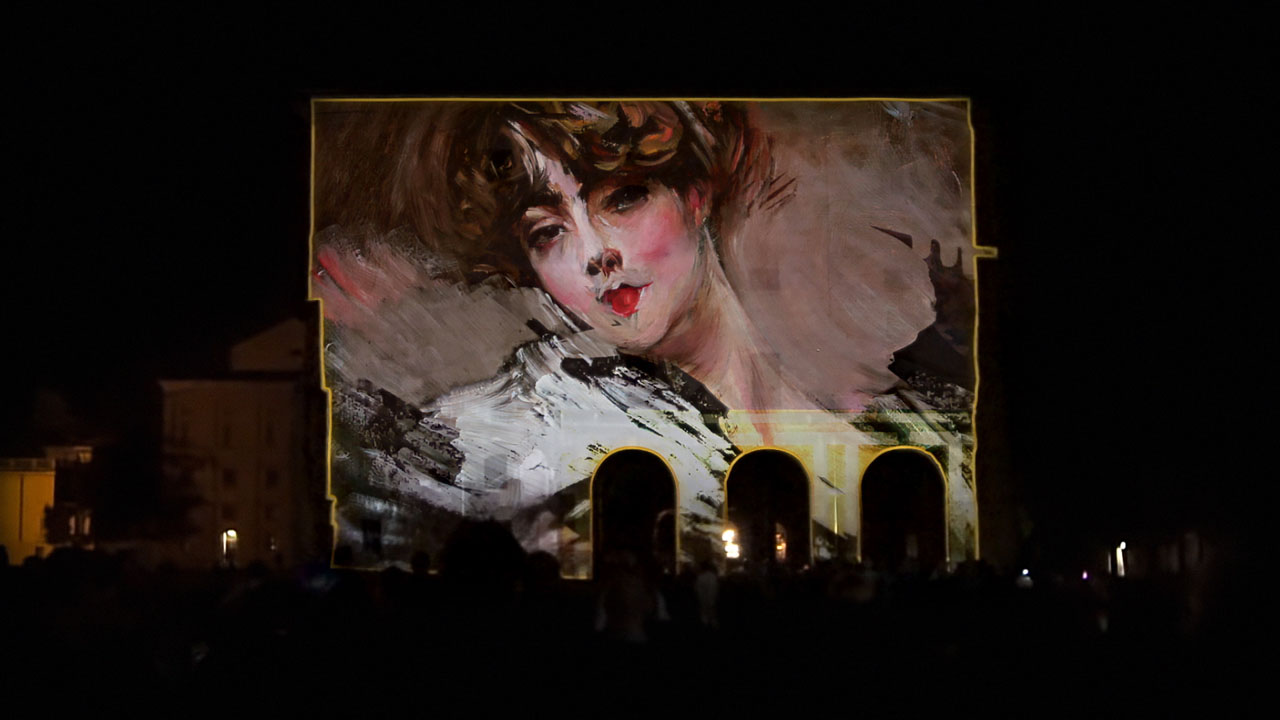 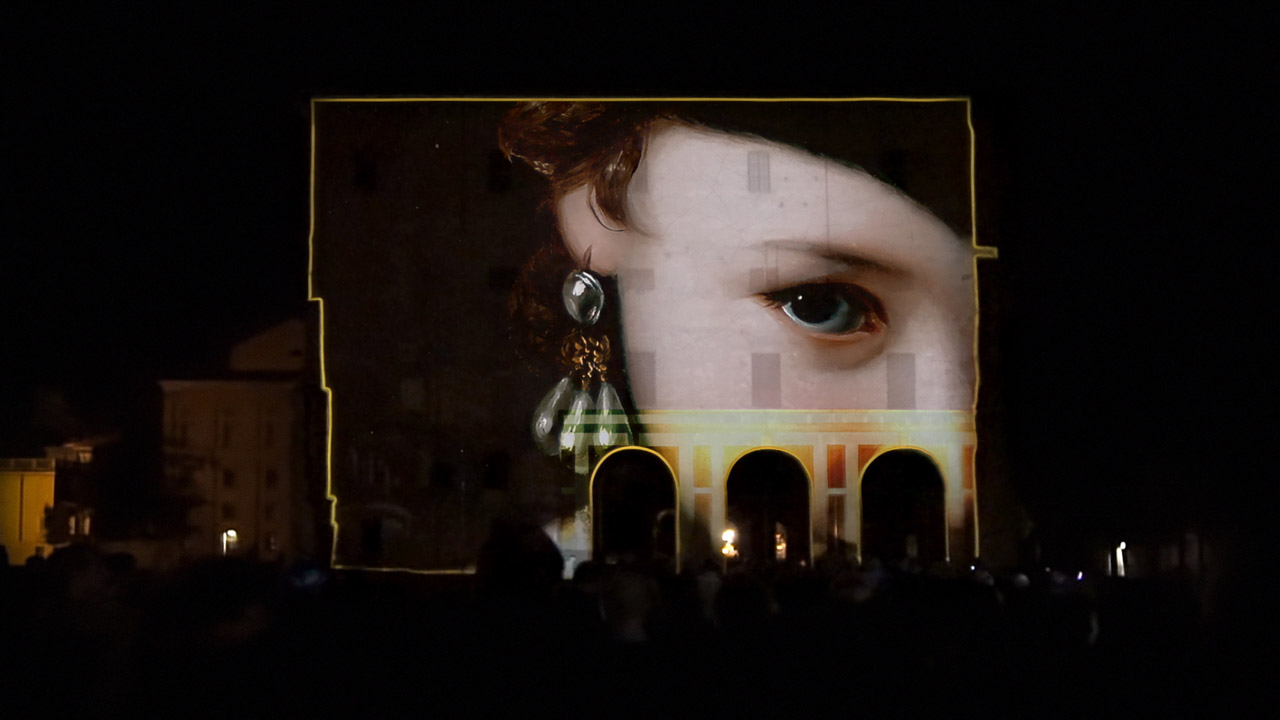 The glorious monument of Giuseppe Verdi lives once more for a night on the façade of the Pillotta building.

A video mapping work dedicated to the history of the Monument to Giuseppe Verdi, to celebrate the opening of the Verdi Festival 2016.

First inaugurated in 1920 and demolished twenty years later during an air-raid, the Monument was a proud tribute paid by the city of Parma to celebrate the centenary of the birth of its most illustrious citizen. The construction date was wrongly quoted as being “22.2.22” in a newspaper article a few years later, thus fuelling the mythical aura surrounding the vanished building, a mistake that has been incorporated into the show’s title.

The façade of the Pillotta Palace (next to which the centrepiece of the monument, which is all that is left of it, has been placed) was made to come to life using archive images mixed with film and paintings from last century, with a soundtrack based on four Verdi Operas (The Battle of Legnano, Aida, Macbeth and I Masnadieri) reworked for the occasion into an electronic version by Optogram. The piece was built around four acts based on the four stages of the Monument’s existence: construction, inauguration, damage and final demolition.

A tribute to Verdi’s genius in a fully embracing flow of audiovisual imagery conceived and produced by Giovanni Sparano in collaboration with the Barezzi Festival.