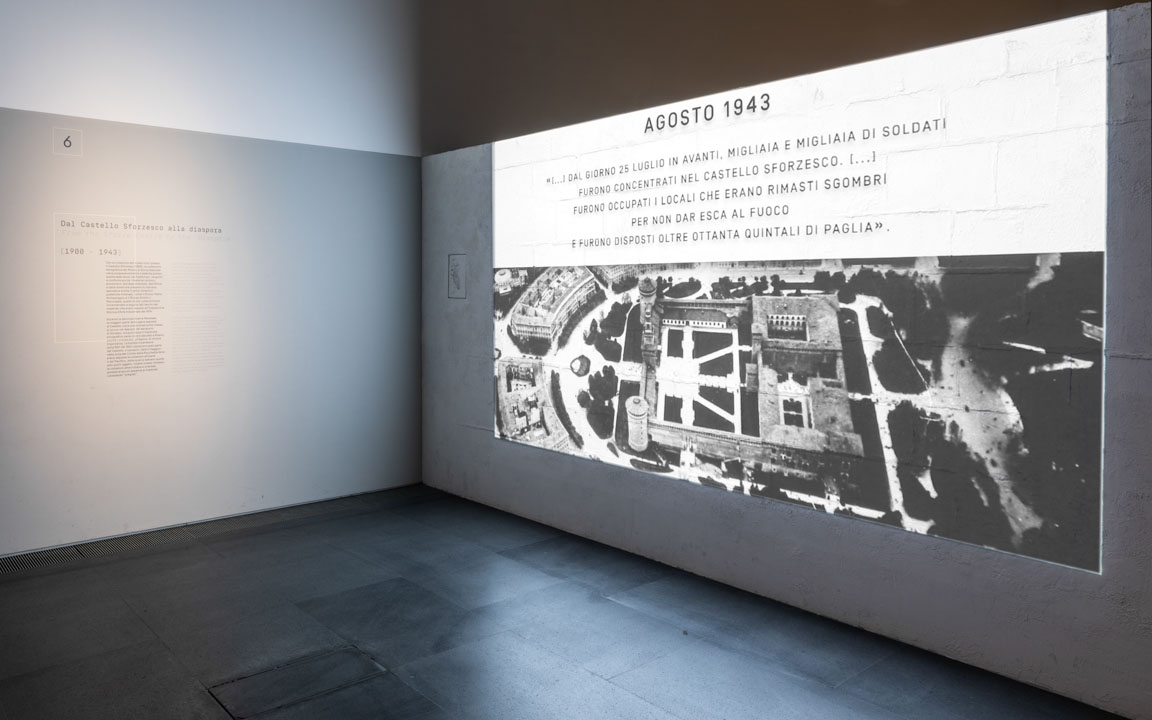 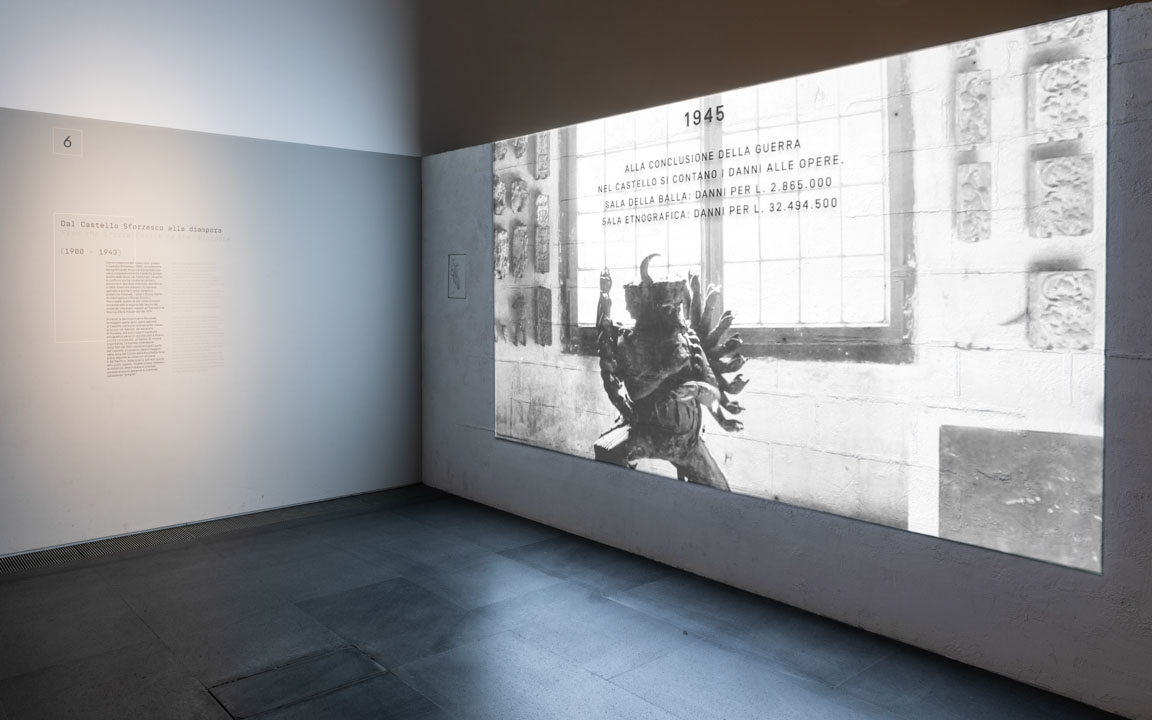 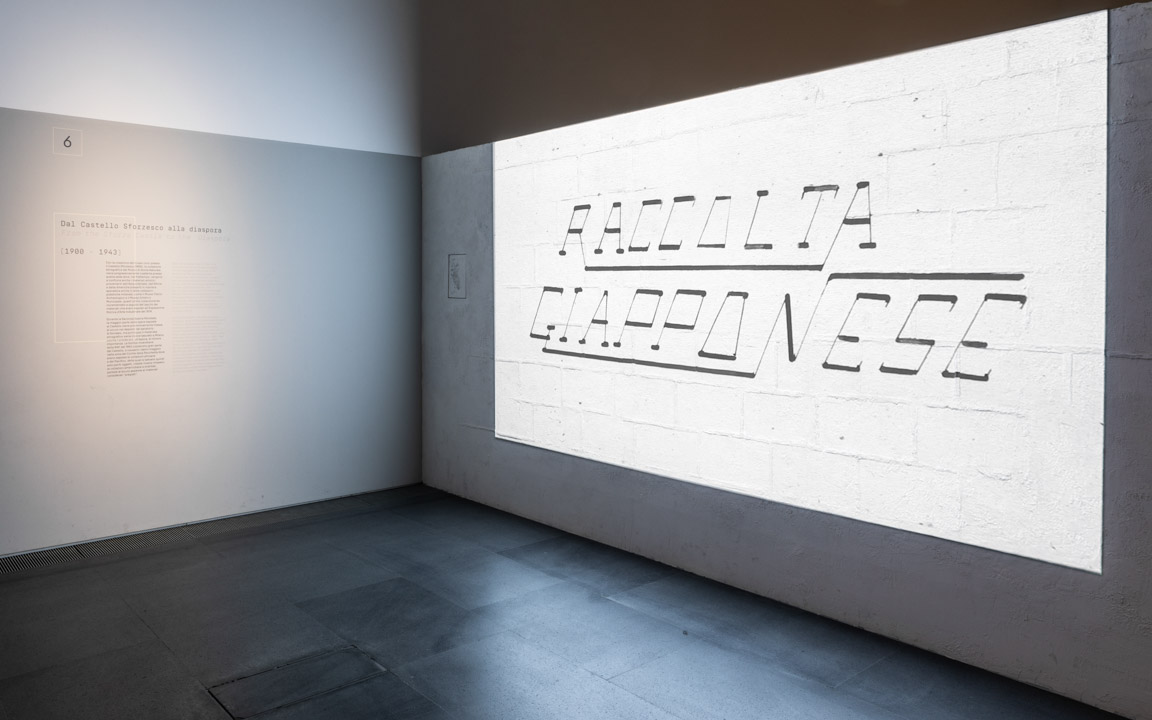 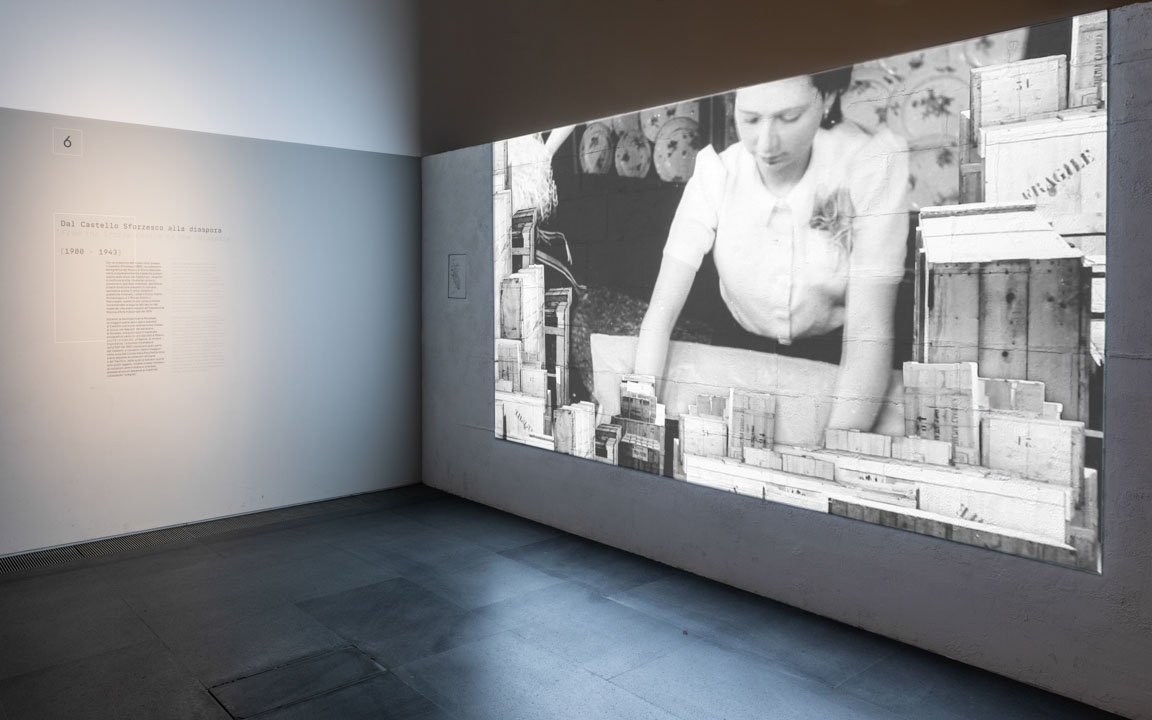 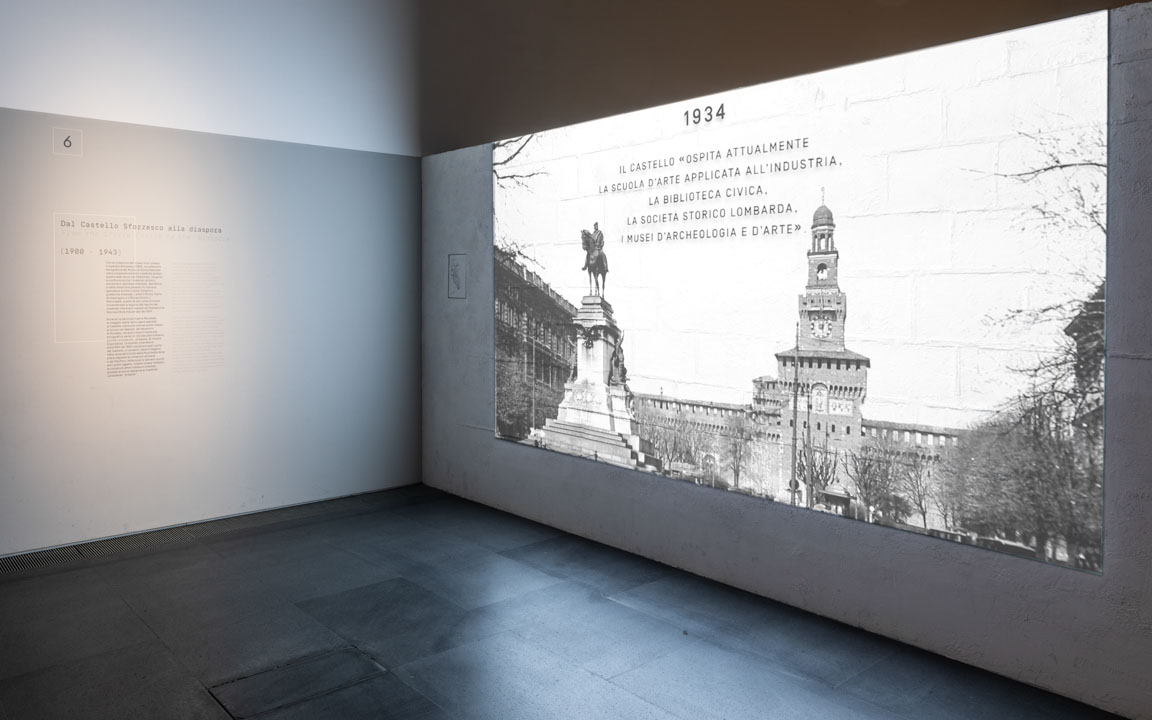 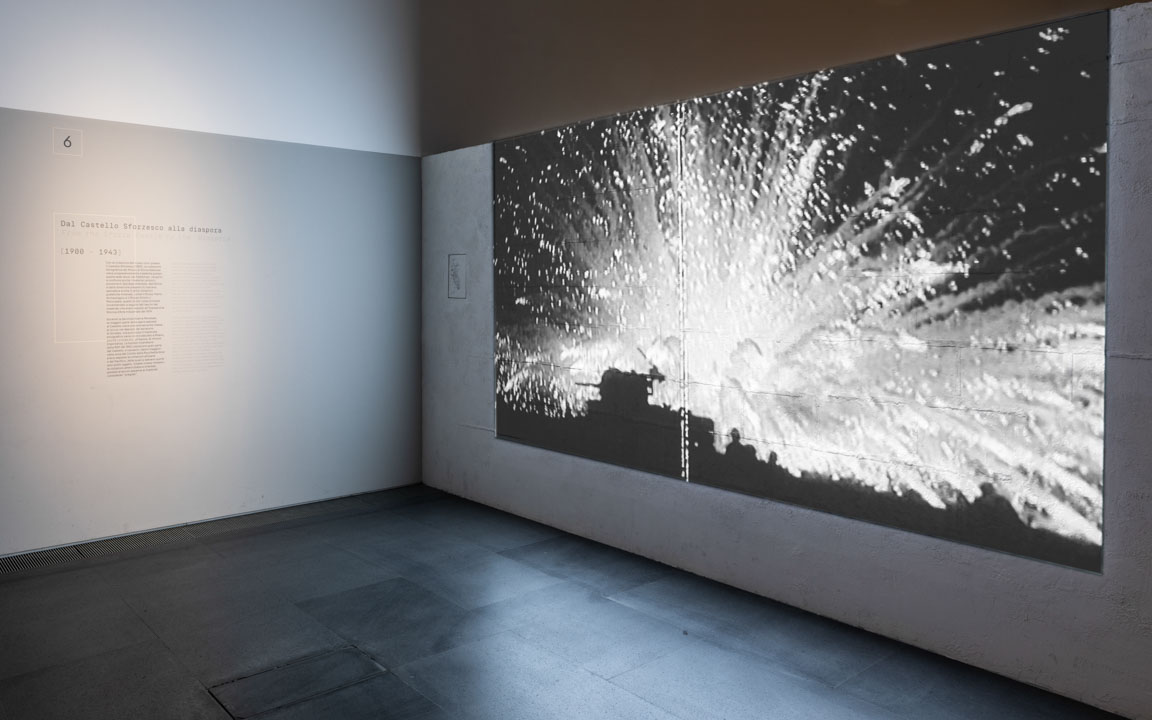 The fall and rise of Milan's ethnographic collection

Out of the wish to describe the damage and loss suffered by the Ethnographic Collection in the Castello Sforzesco during the Second World War came this permanent installation that introduces visitors into the last hall of the permanent exhibition in the Museum of Culture in Milan.

A video describes what took place before the damage suffered by the Collection in August of 1943, from its composition during the pre-war years up to the first inspections performed as the break-out of war approached, to the ensuing removal and protection of the works, up to the tally of the damage suffered once the conflict was over. These moments are told using a variety of archive material: documents, photographs and stock video footage. The narrative is enhanced by a sound

track which emphasizes the succession of the events by reconstructing and processing sounds often heard during the conflict.

1943 anno zero is projected onto a custom made plaster board wall devised with the help of Angelo Linzalata. This wall is a replica of the outer walls of the Sforza Castle, the first home of the Ethnographic Collection, constructed using a cast of the Castle’s bricks and based on photographs that show the ruts and damage suffered under the bombings.

A link between the old and new exhibition space, between a collection that was partly lost under the bombs and the one that visitors can still view beyond the wall, in the halls of the Museum.