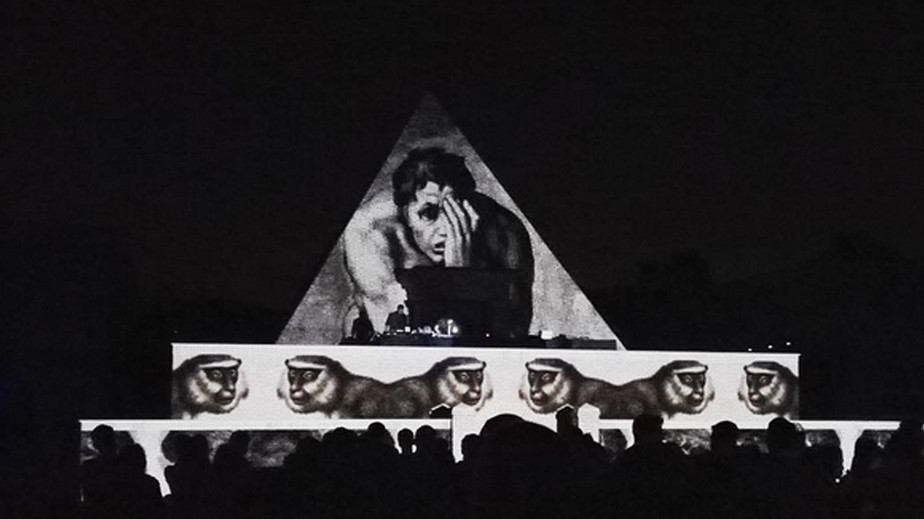 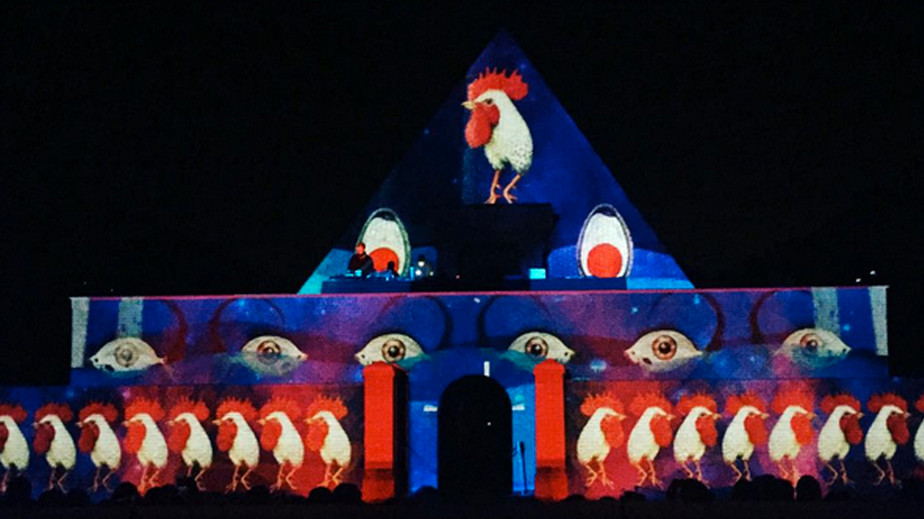 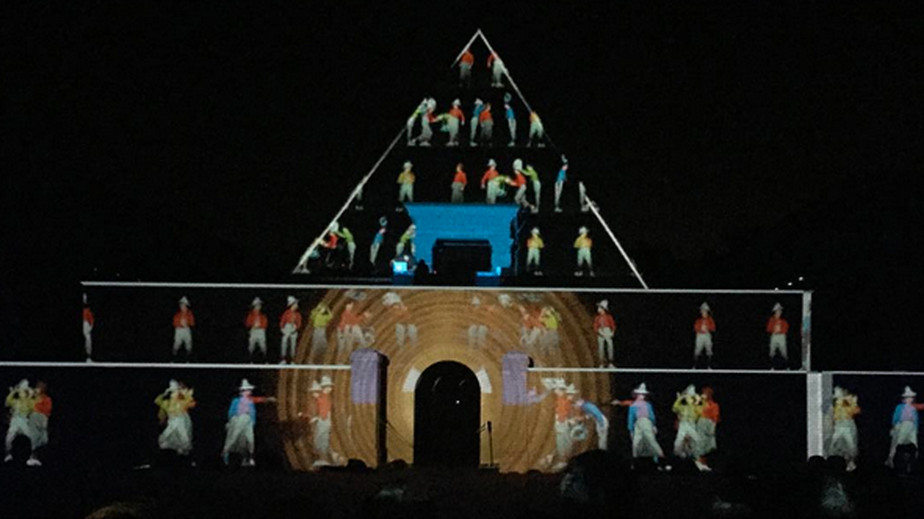 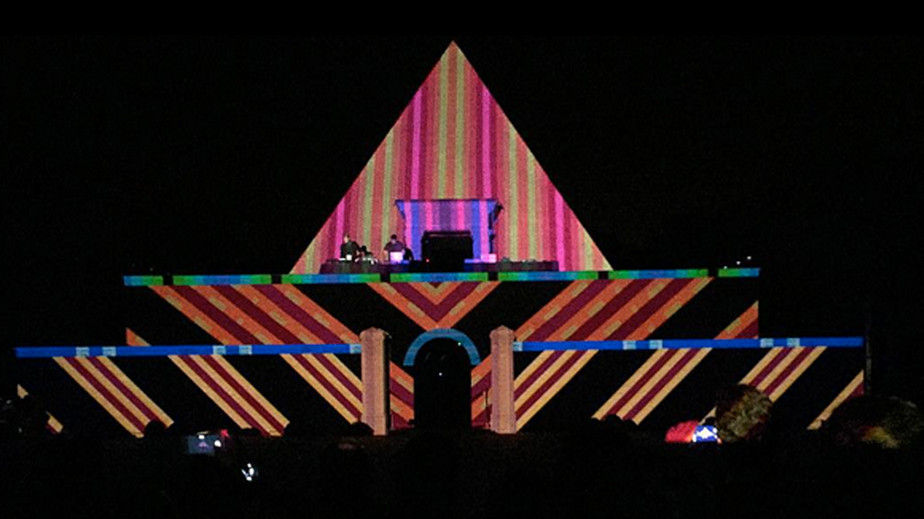 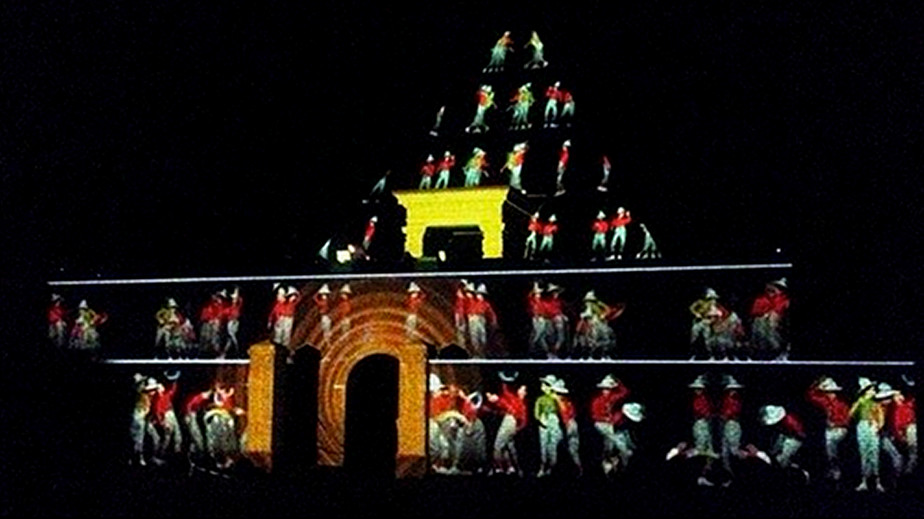 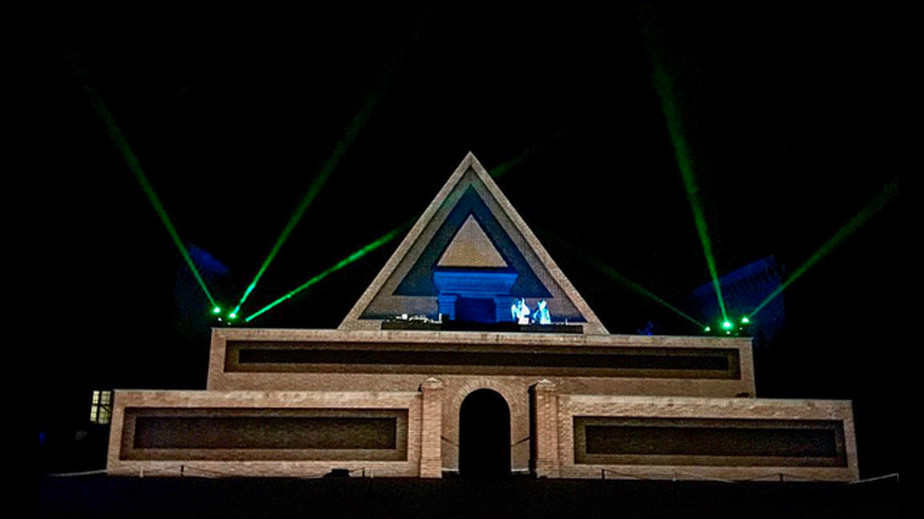 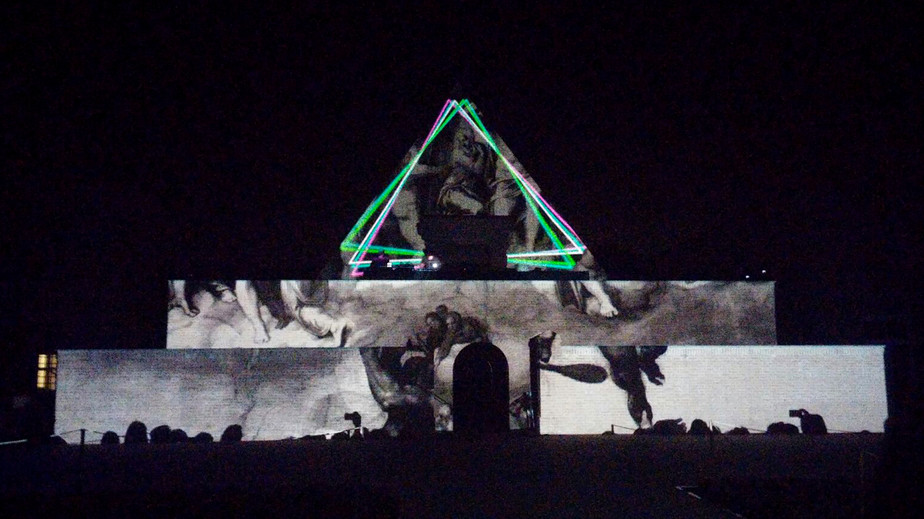 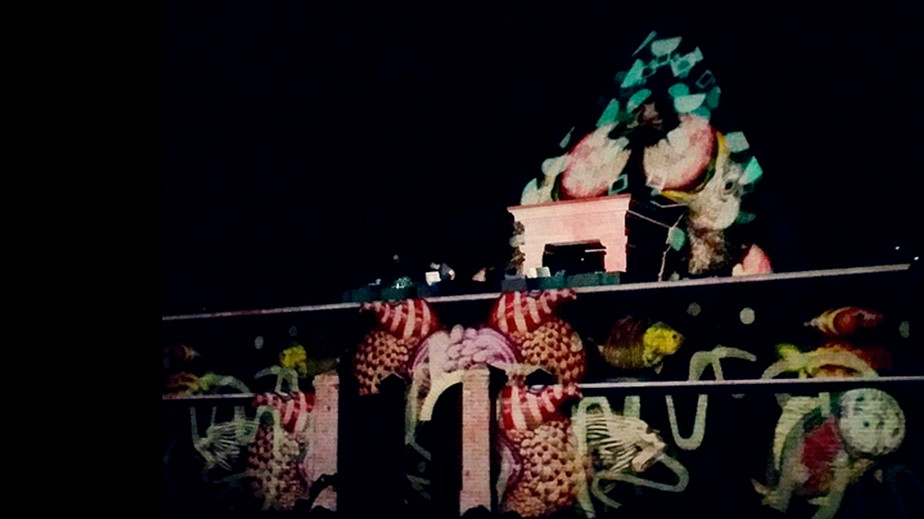 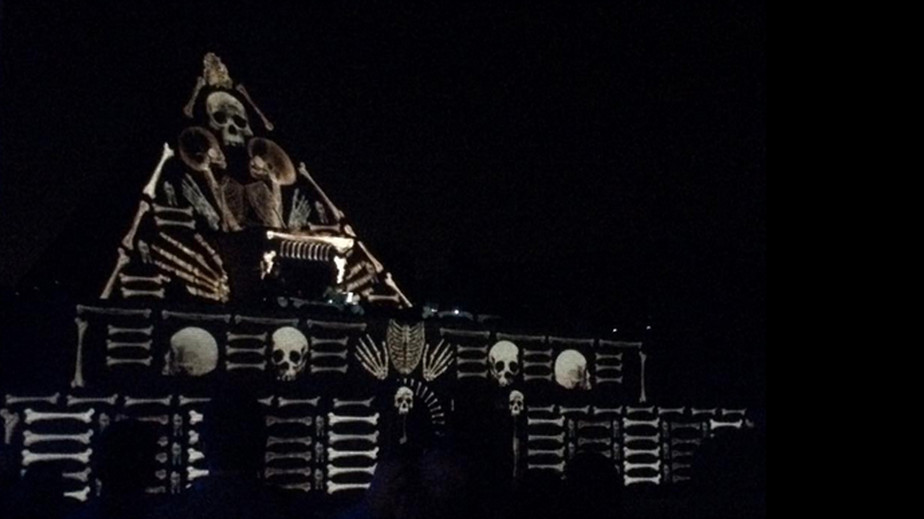 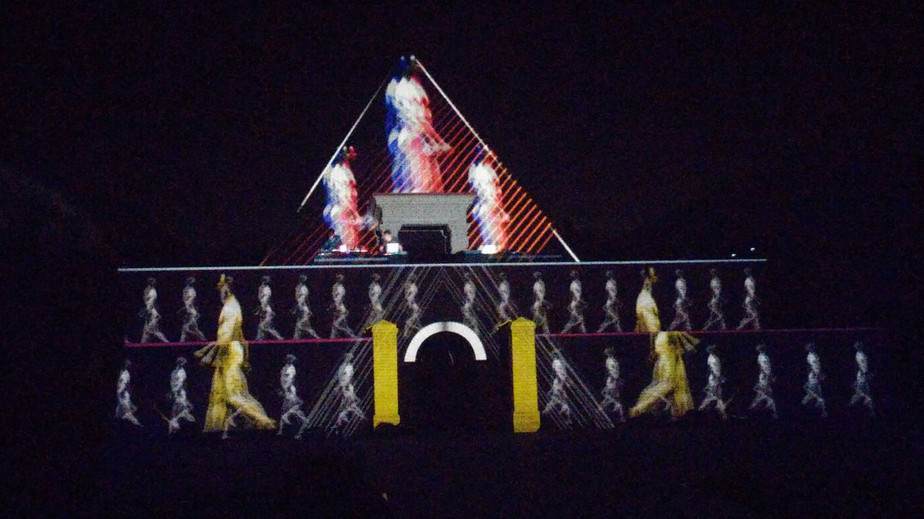 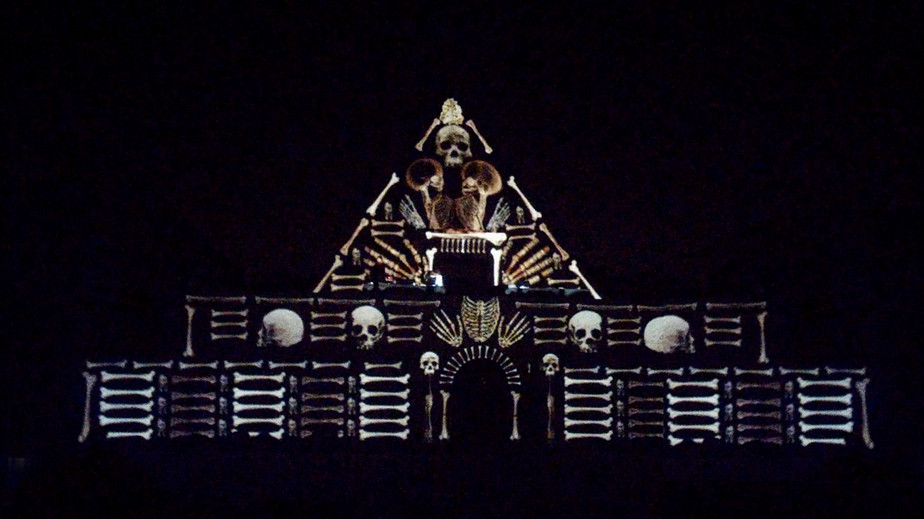 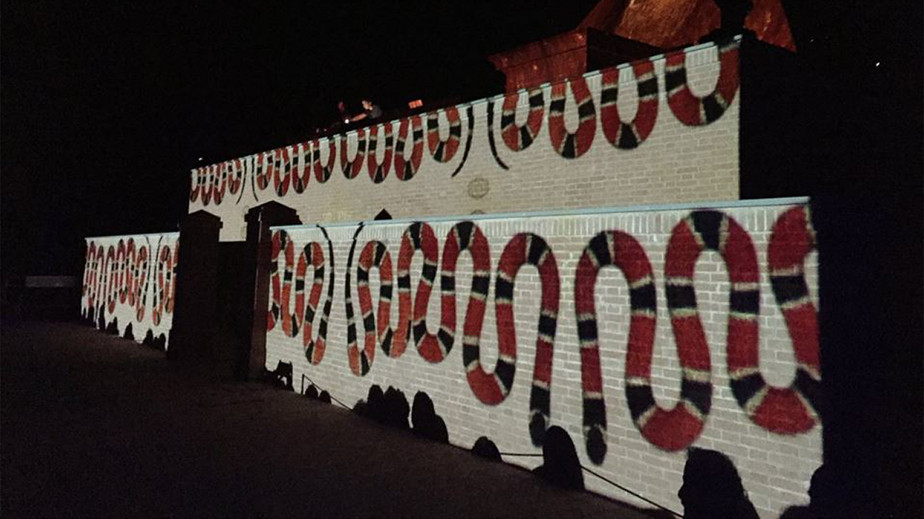 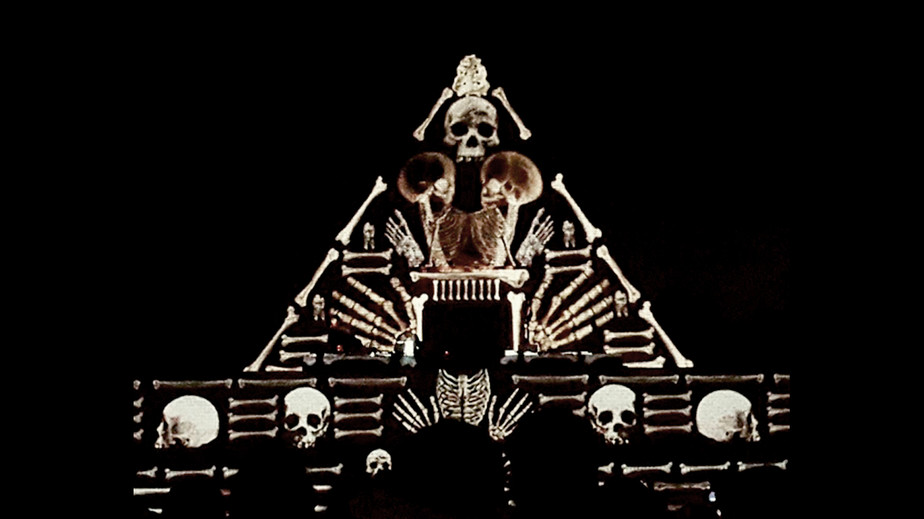 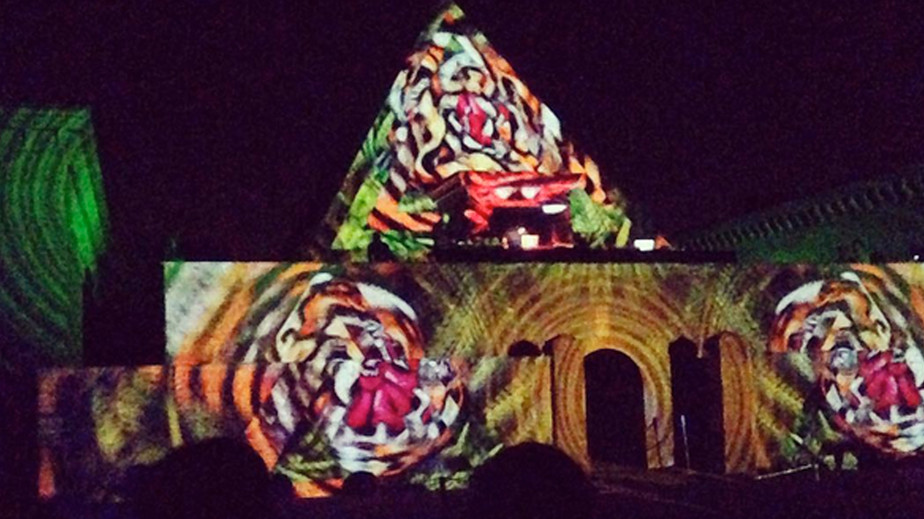 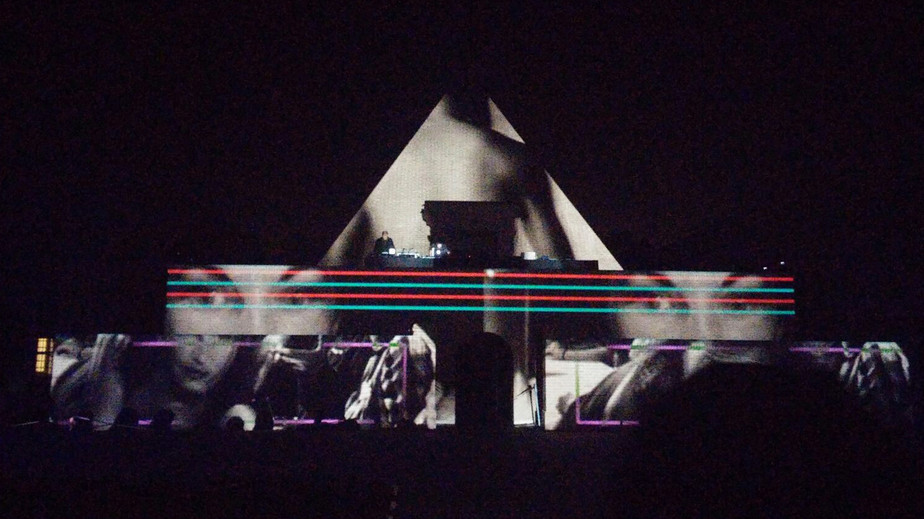 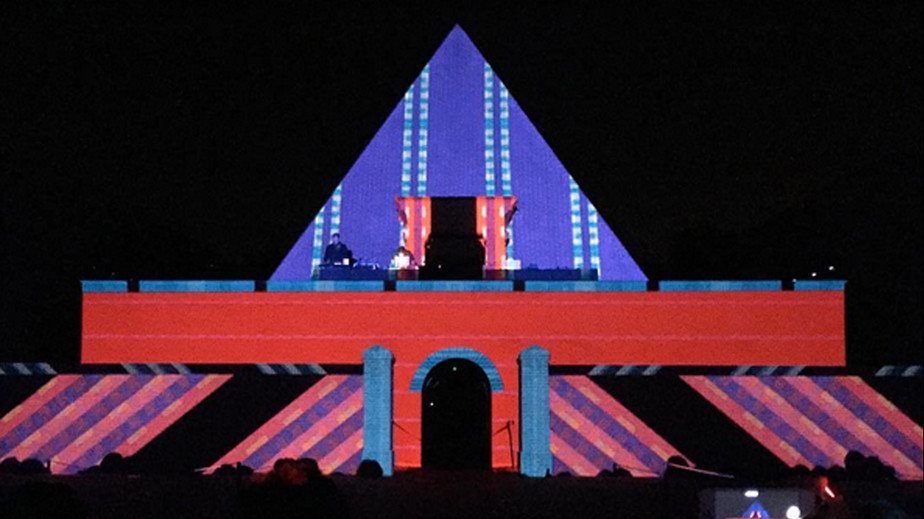 A hypnotic choreography for the live-set by Optogram in the setting of the Masone Labyrinth.

Projected onto a pyramid in the centre of the villa’s garden, the show accompanied a live-set by Optogram. The elements on the pyramid’s surface were brought to life by scenarios inspired by the duo’s sound tracks: the central theme was the human figure, developed by combining works found in the Labyrinth collection, various works of art and many other visual triggers, creating a very involving and hypnotic environment.