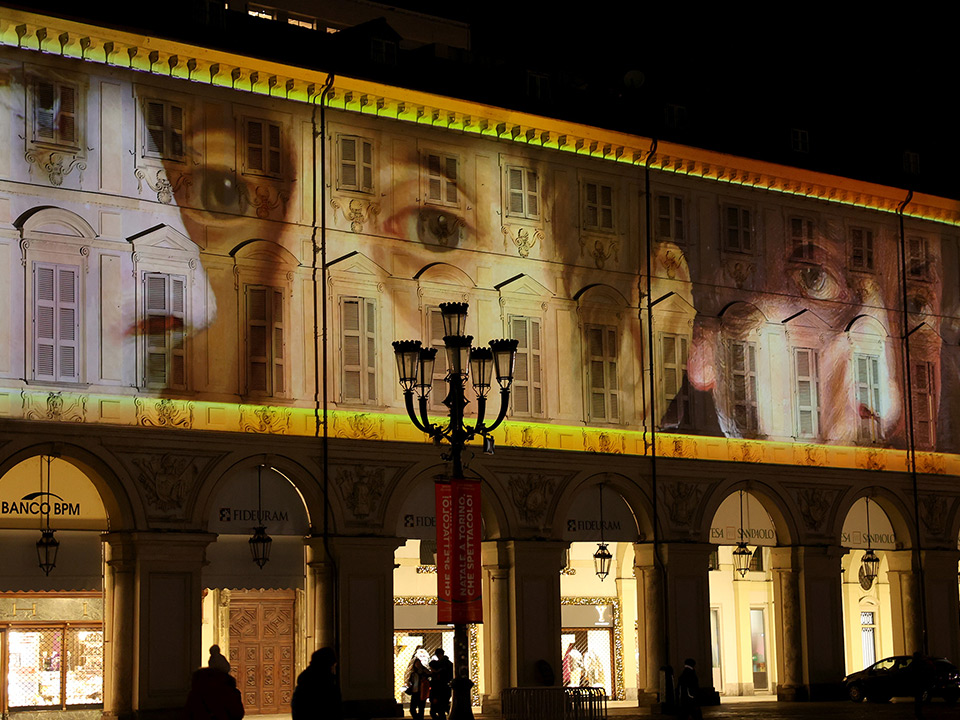 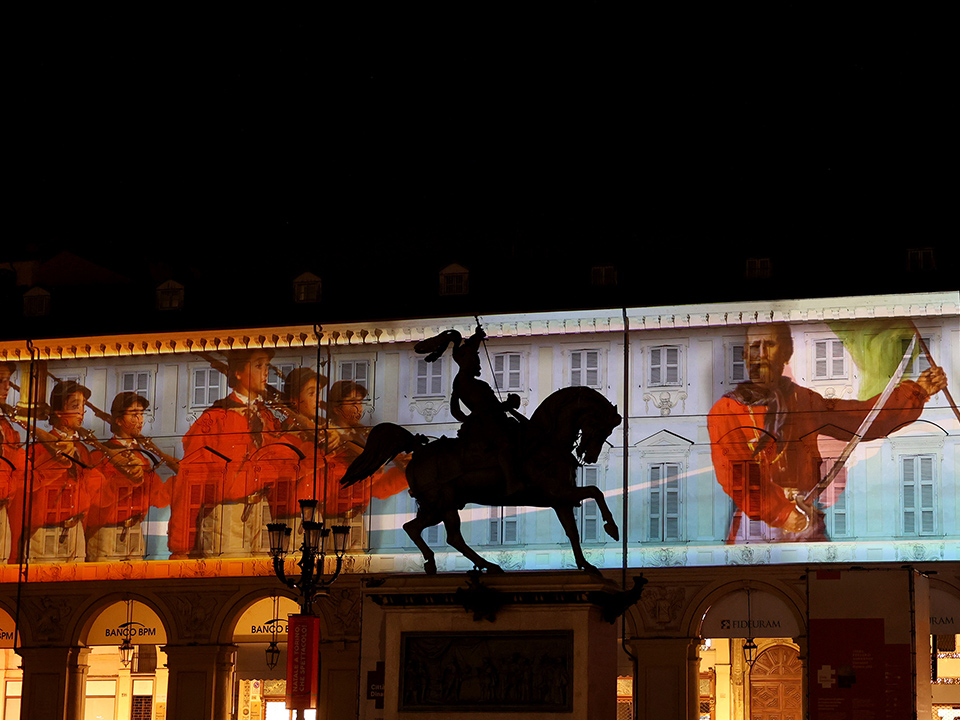 A journey of images, colors and sounds illuminates Piazza San Carlo through the masterpieces of Turin art, from the Risorgimento to Futurism.

In collaboration with 24 ORE Cultura and the Turin Foundation for culture, with the support of Intesa Sanpaolo and the Fondazione CRT, the Municipality of Turin gave the city a video narrative journey during Christmas holidays. Signed by Karmachina and created thanks to the contribution of the main city museum collections, the videomapping “TORINO CITTÀ DINAMICA. Video Percorsi Narrativi – Due secoli d’arte in città” came to life on the facades of the buildings on the west side of Piazza San Carlo, from the 23rd of December 2022 to the 8th of January 2023.

The show, made up of a prologue and three acts, ideally follows the transformation process of the city of Turin by narrating the passage from the aristocratic society to the technical one. Almost seventy images from the history of modern and contemporary art (paintings, graphics and photographs) are projected onto the building surface, obtaining spectacular visual effects.

The story opens in the eighteenth-century showing some paintings by the Turin artist Giovanni Michele Graneri, and then moves towards the representation of the heroes of the Italian Risorgimento.

In the first act “La forma umana e il volto” the first epochal transformation takes place: from the pictorial portrait, which interprets the gaze, we move on to the camera lens, which captures the truth in one shot.

The breaking of the code of representation is now evident and incurable: Futurism interprets its spirit. The second act “Forme in Movimento” stages the works and authors of Futurism and, in particular, of the Turin season (1920s), which presents a more playful aesthetic than the previous one.

The relationships between colours, shapes and depth of the perceptive field give rise to polyphonic compositions of lines, surfaces and colours. Giacomo Balla’s works perfectly represent this artistic trend and provide the ideal starting point for the epilogue (“Astrattismo polifonico”) of a show, which is conceived as a journey that looks to the past through the eyes of an artistic and technological present.

Projections are supported by an original soundtrack that incorporates the sounds and melodies of the eras represented in a dynamic and engaging storytelling.