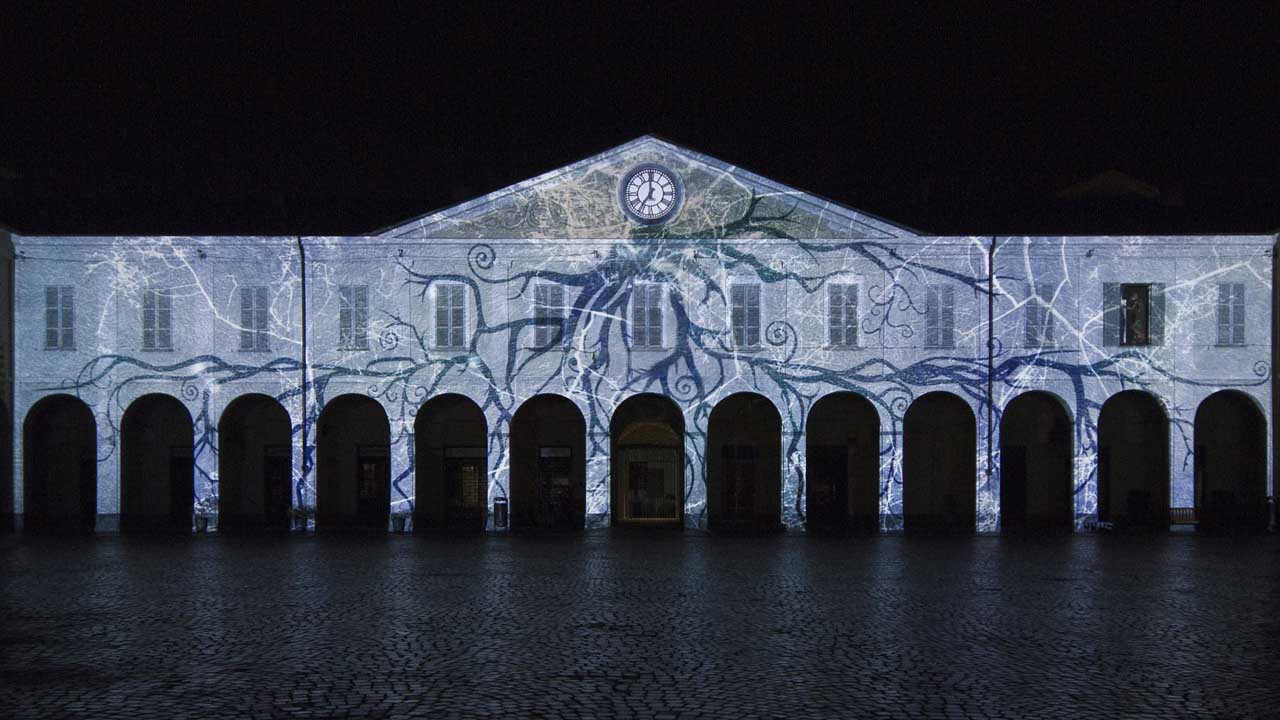 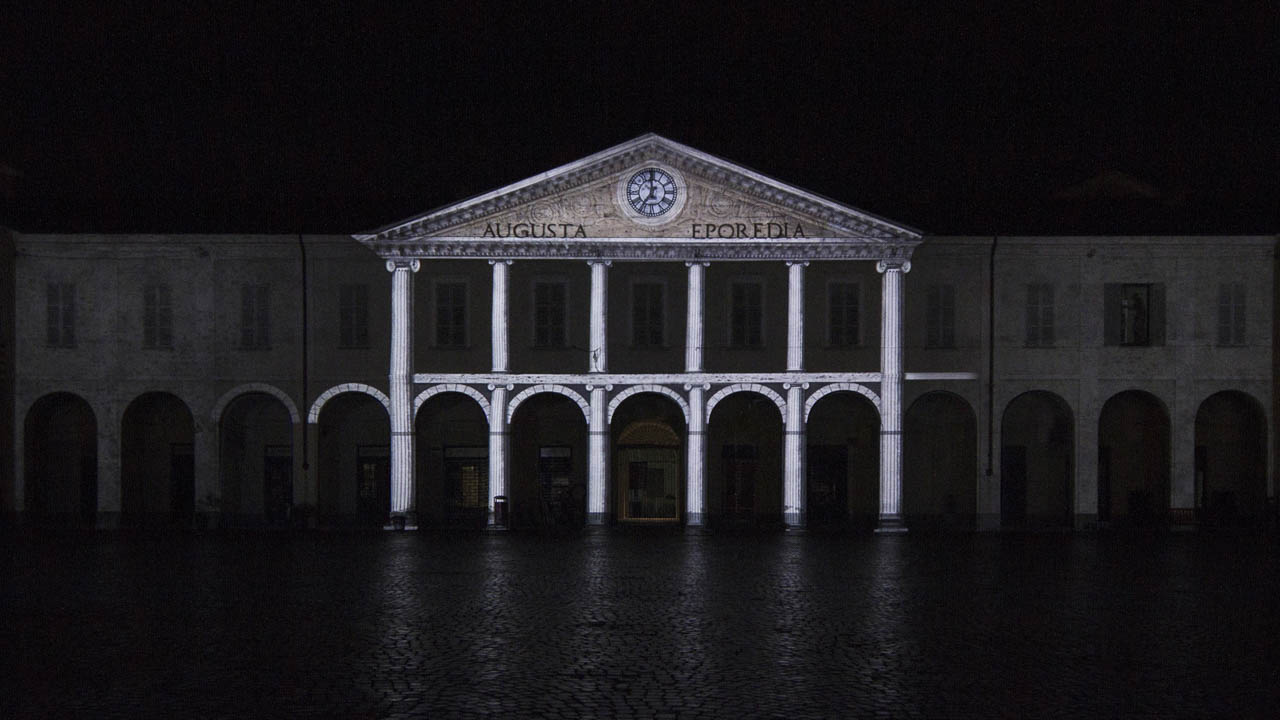 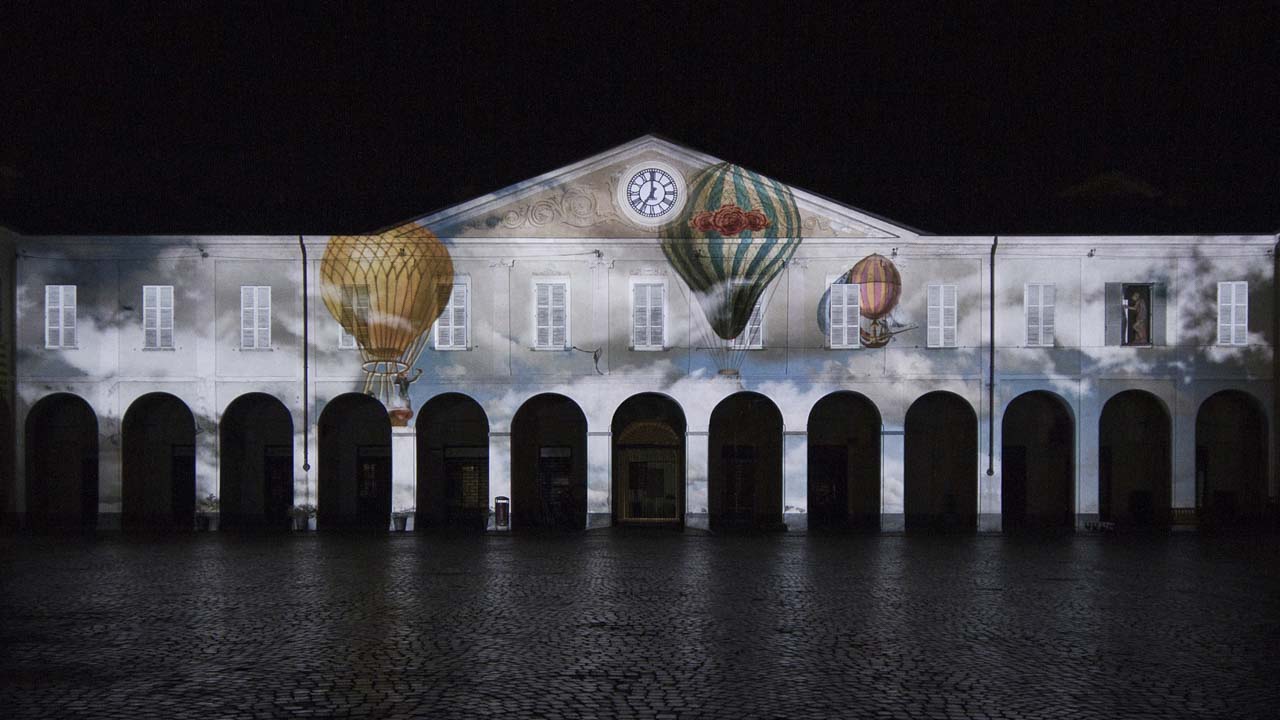 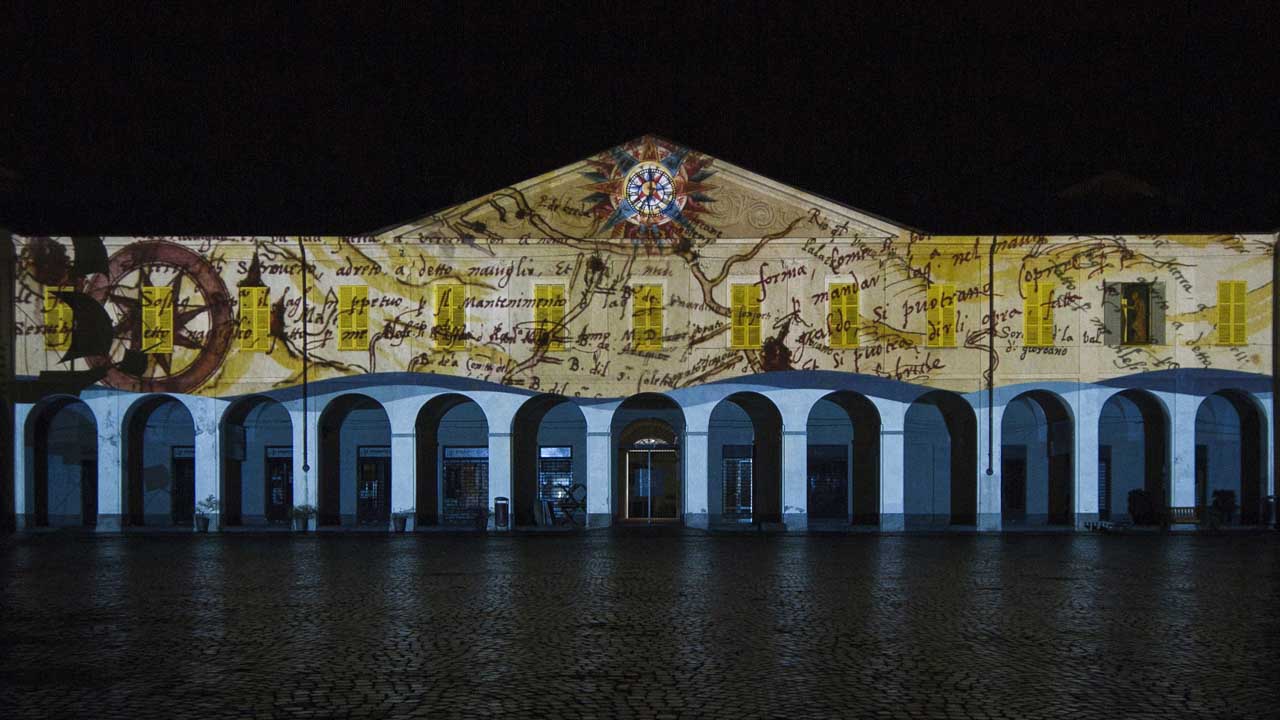 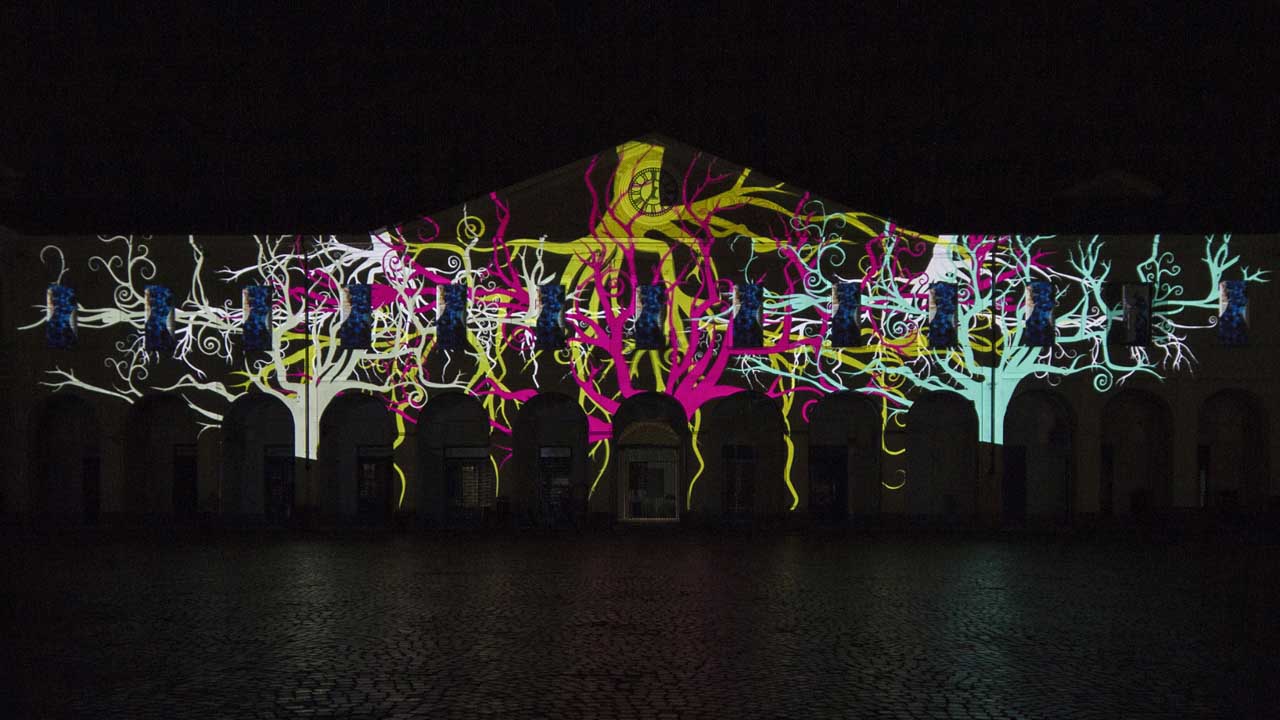 The Civic Museum in Ivrea dressed up as open air book to tell the story of the town.

A video mapping work on the history of the town of Ivrea, devised to mark the reopening to the public of the Pier Alessandro Garda Civic Museum.

Projected onto the museum’s façade, the show provides an account of the town’s history, from its geological formation right up to its industrial development during the 20th century and the modern day, through the works that are part of the museum’s archaeological and artistic heritage.