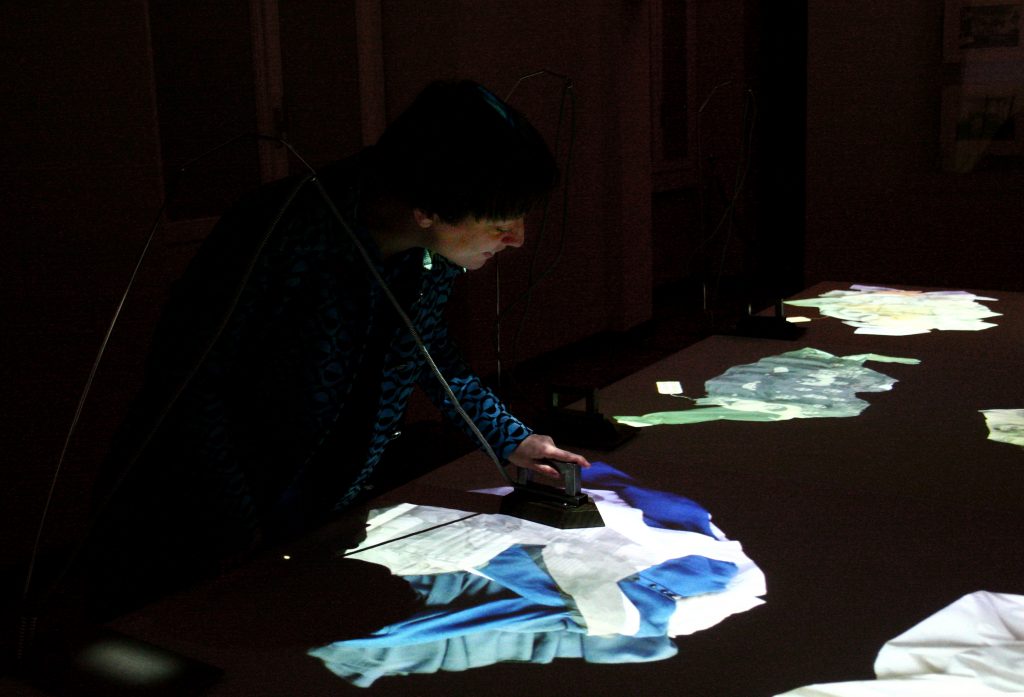 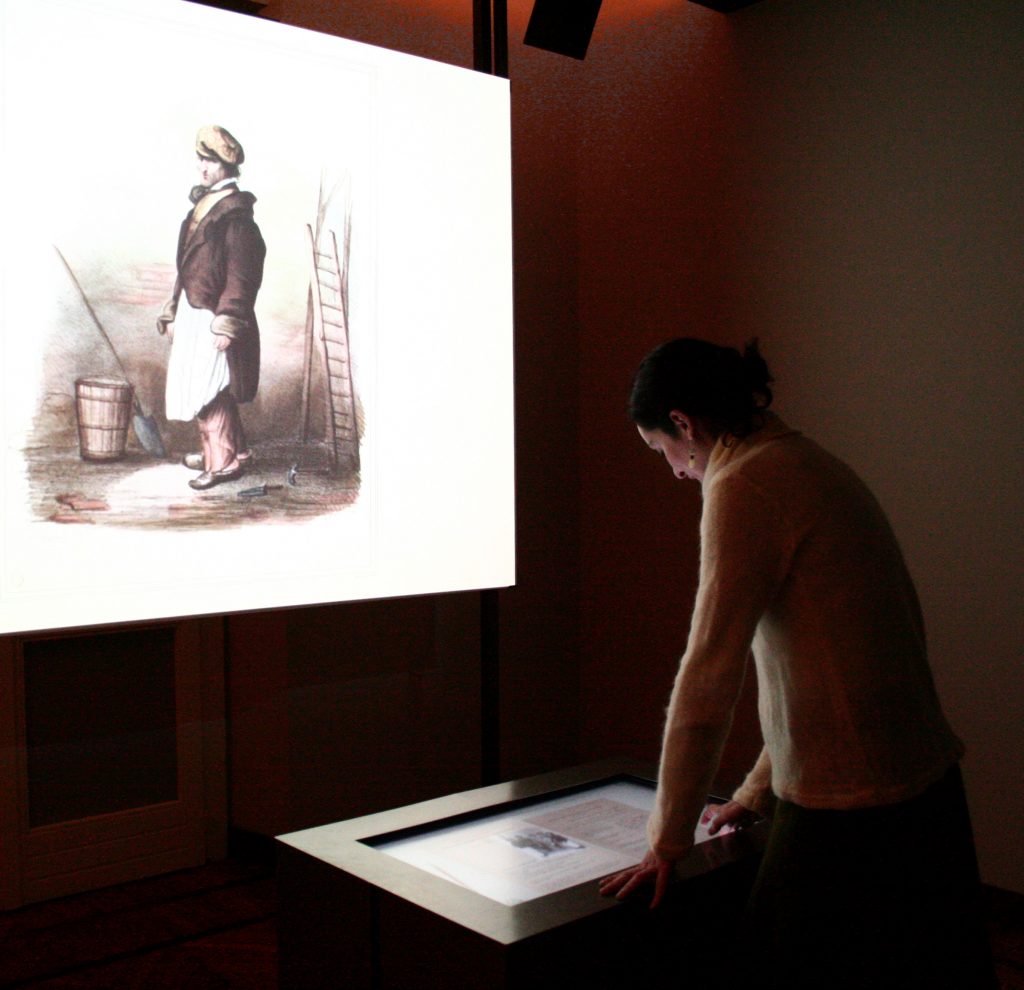 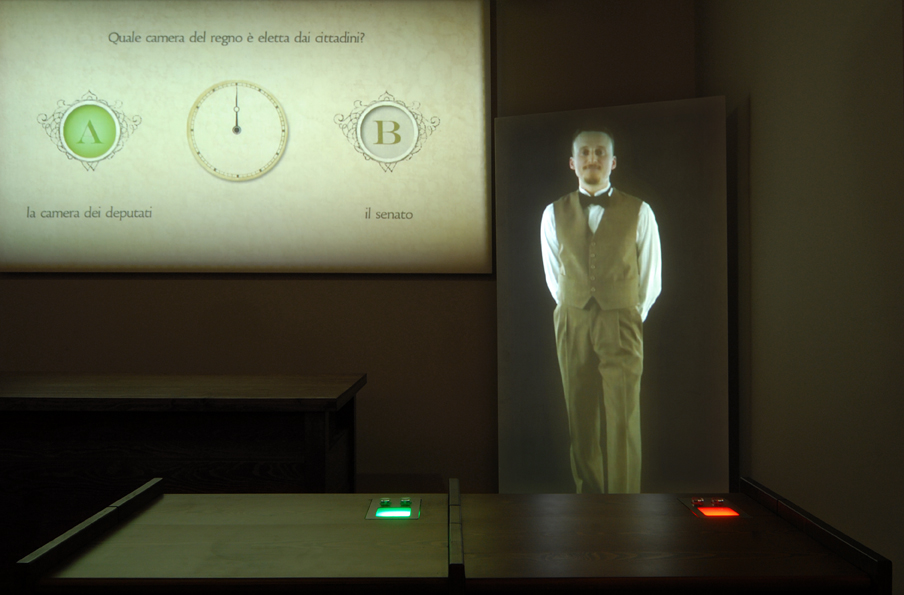 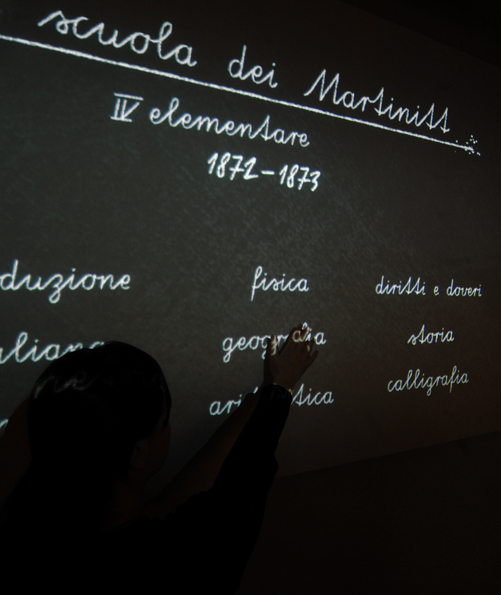 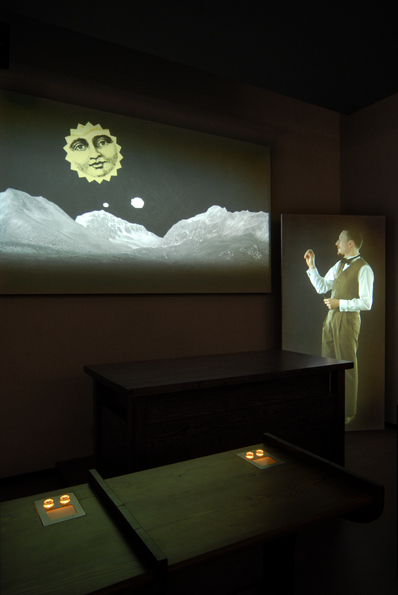 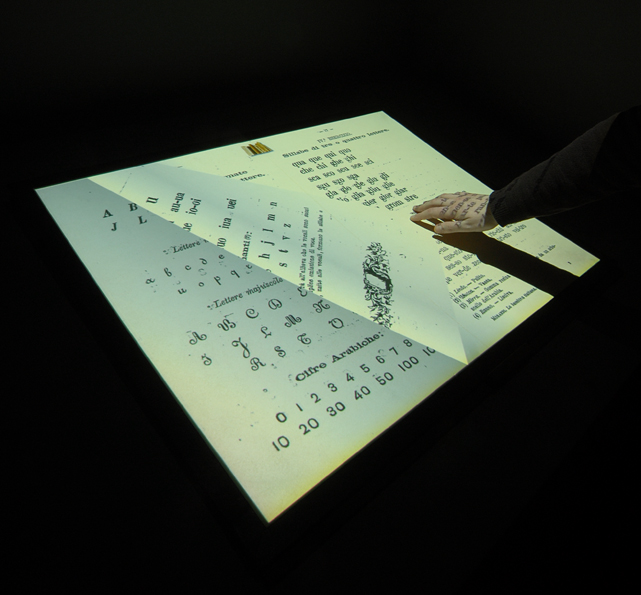 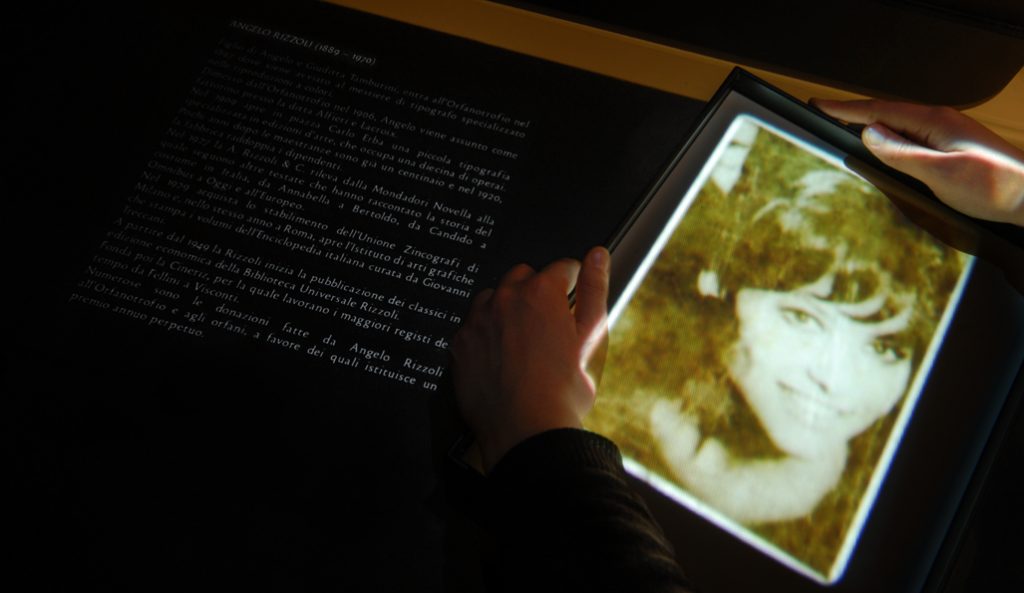 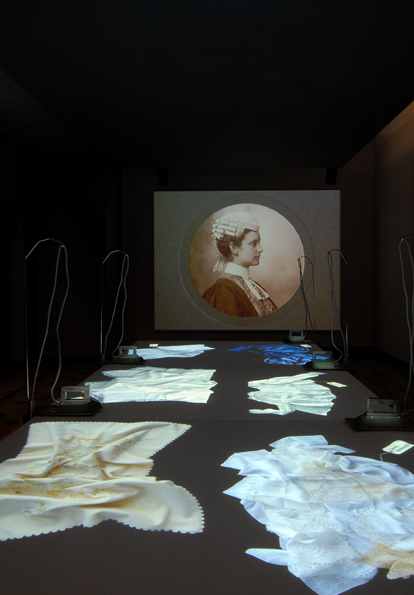 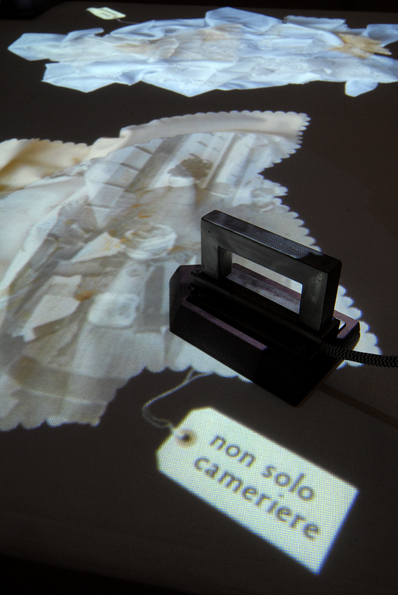 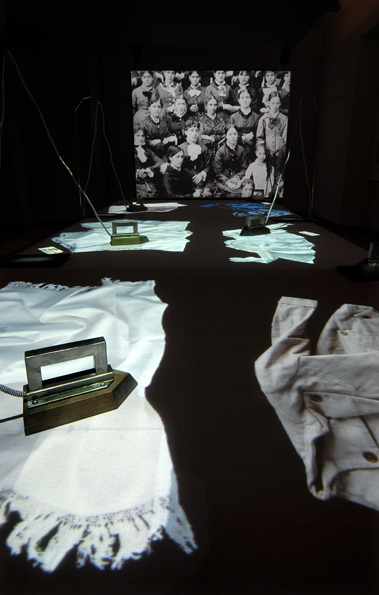 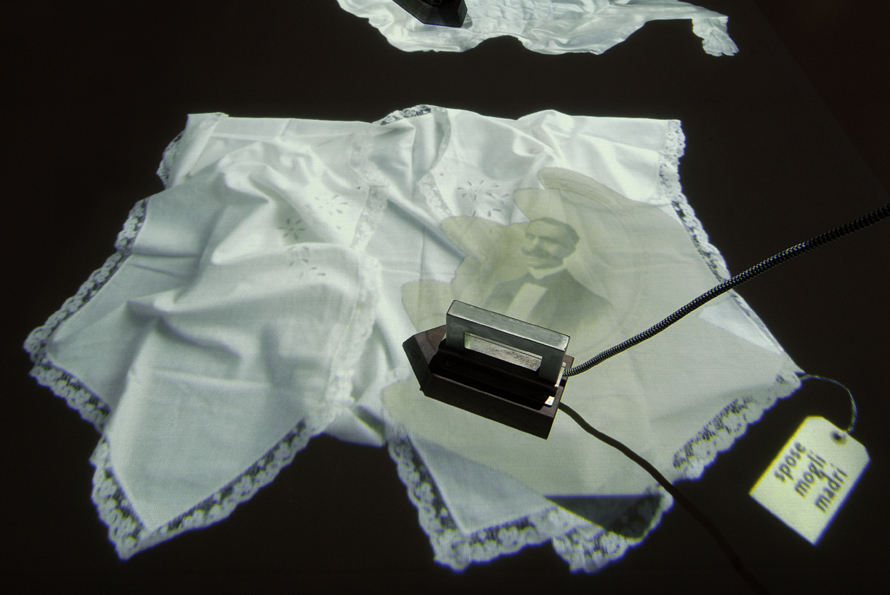 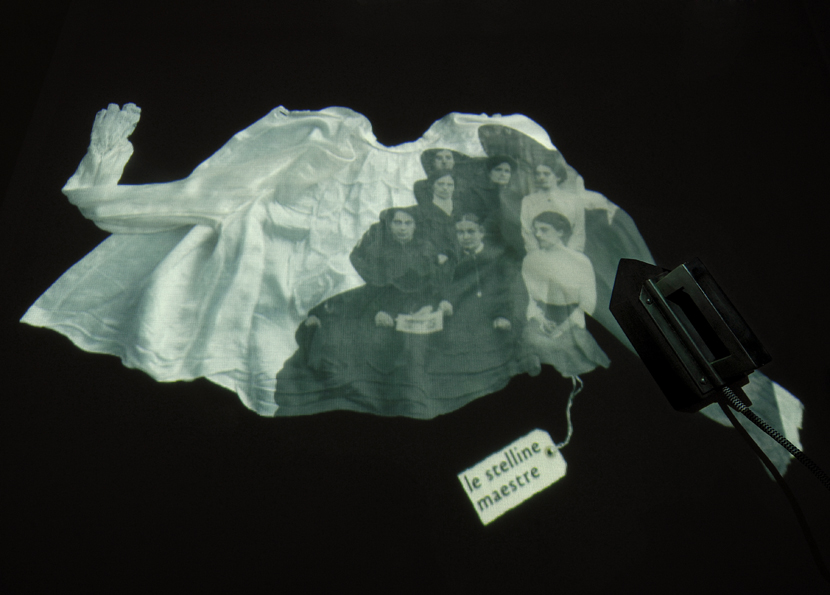 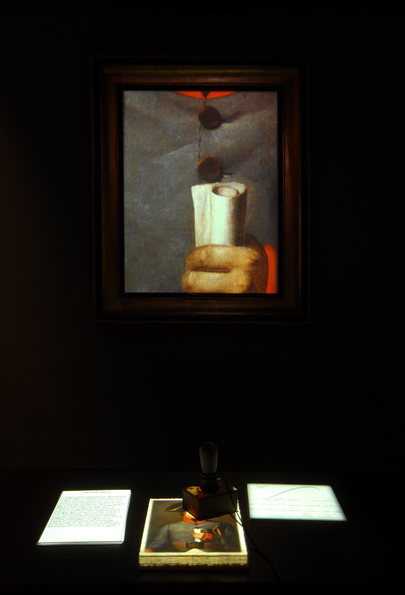 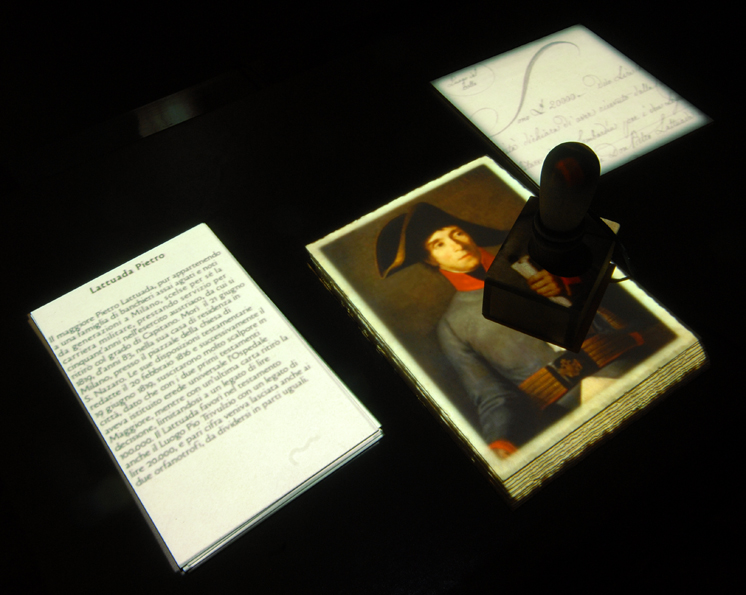 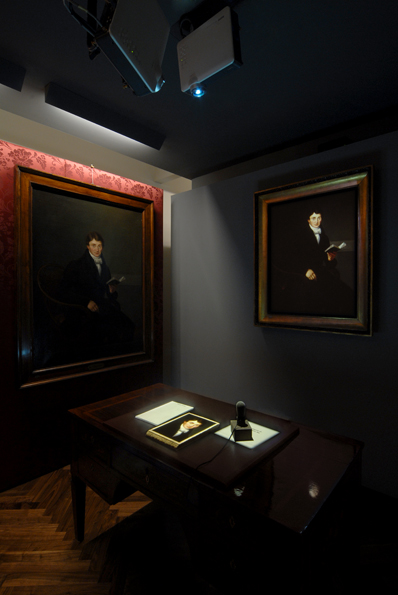 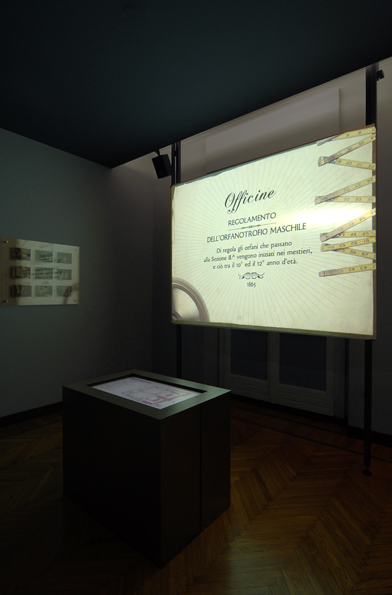 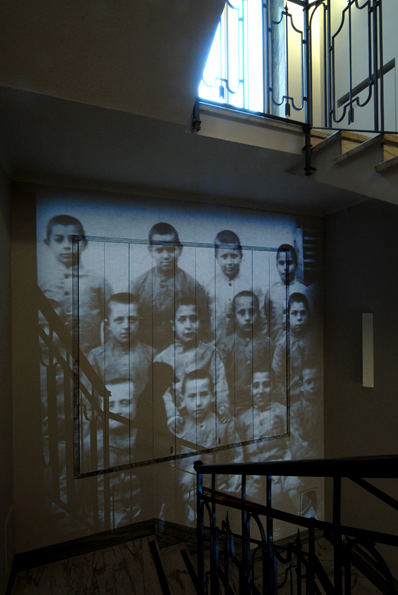 The multi-media narrative of the Museum tells the story of the life of the children in the two Milan Children’s Homes in the 19th century. The peculiar nature of the archive material used has called for its transposition into a visual and acoustic landscape that could respect the nature of the stories and the documents.

The visit opens with a large projection of children’s faces, footsteps and voices on the museum’s entrance staircase.

The first and second hall describe how and why the children were taken in by the institution and what their regular everyday activities were, presented not just through regulations and administrative documents but also through brief anecdotes. Then comes one of the most enthralling installations of the entire visit: the classroom. The visitors actually become Martinitts (from the singular of “Martinin” and “Stellin”: abandoned girls and boys, orphans in Milan dialect) who have to answer the teacher’s questions on the lesson they’ve just heard. Books appear, made up of virtual pages, which one can flick through.

The upper floor hosts a large table with six old fashioned irons on them: the setting recalls the rooms where the ‘stelline’ learnt to iron. Images of wrinkled garments are projected onto the tables’ surface which the audience can “iron out” by touching them, and thus access the relative videos.

The two last rooms are given over to the biographies of some of the institute’s sponsors, shown in virtual frames hanging off the walls