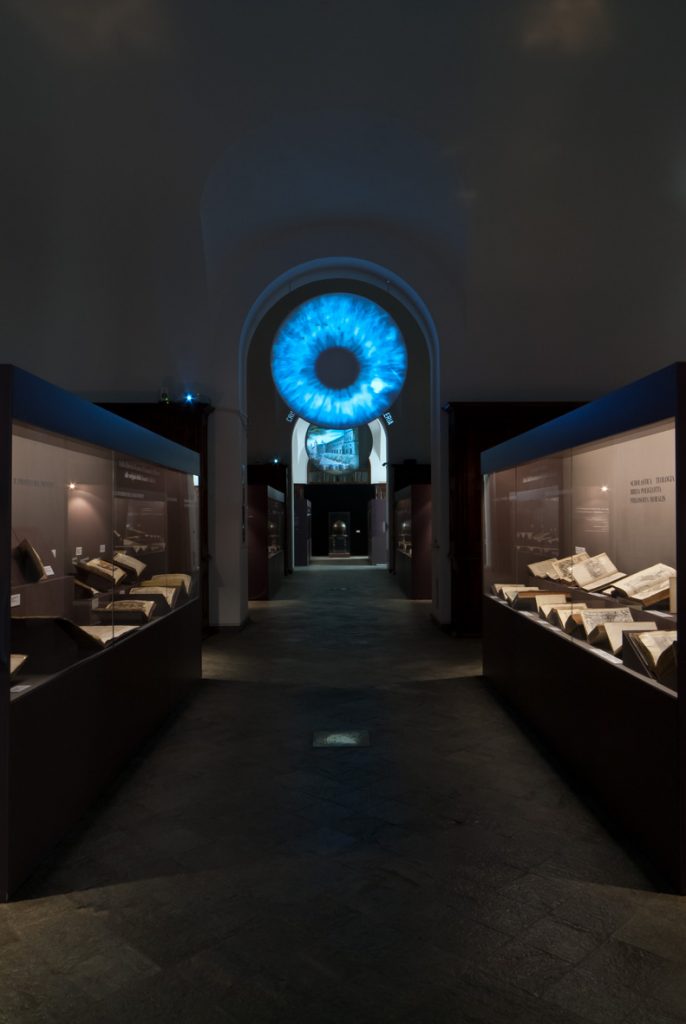 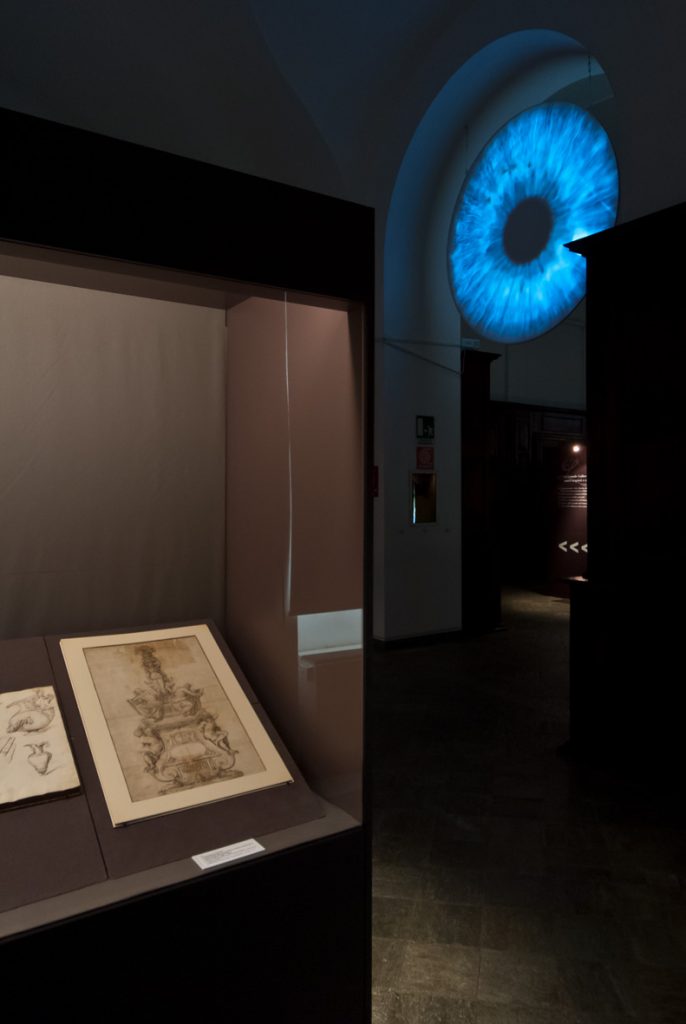 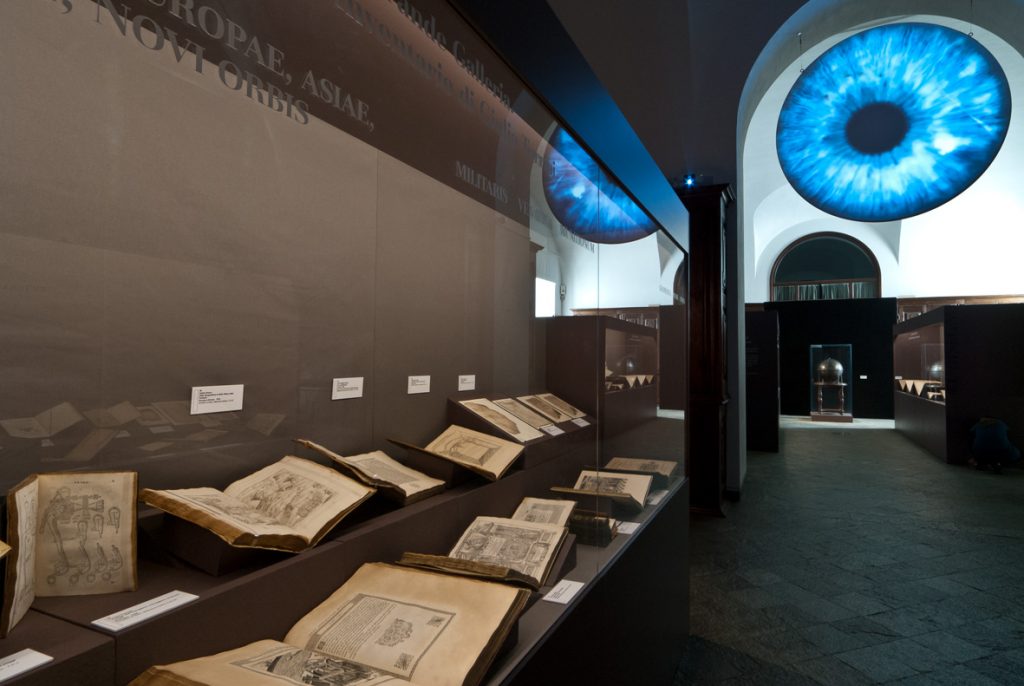 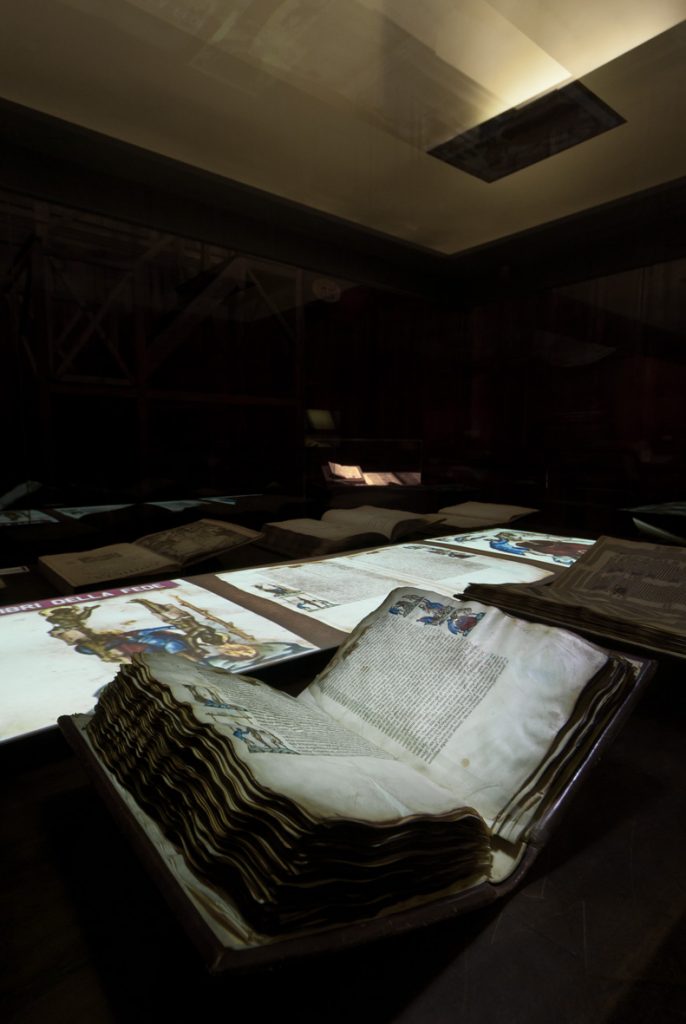 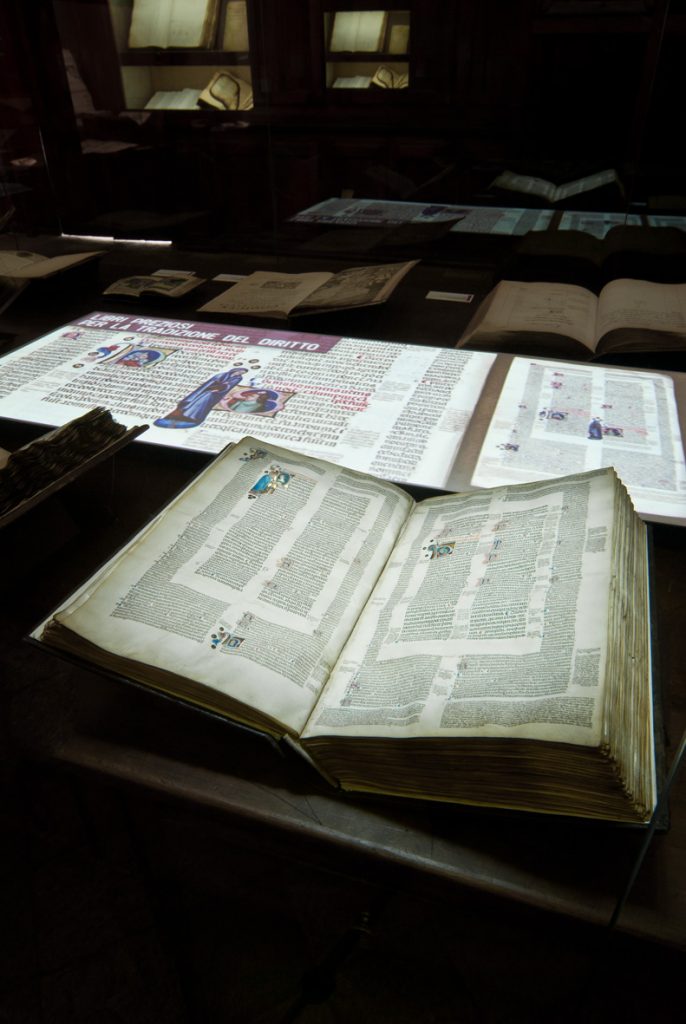 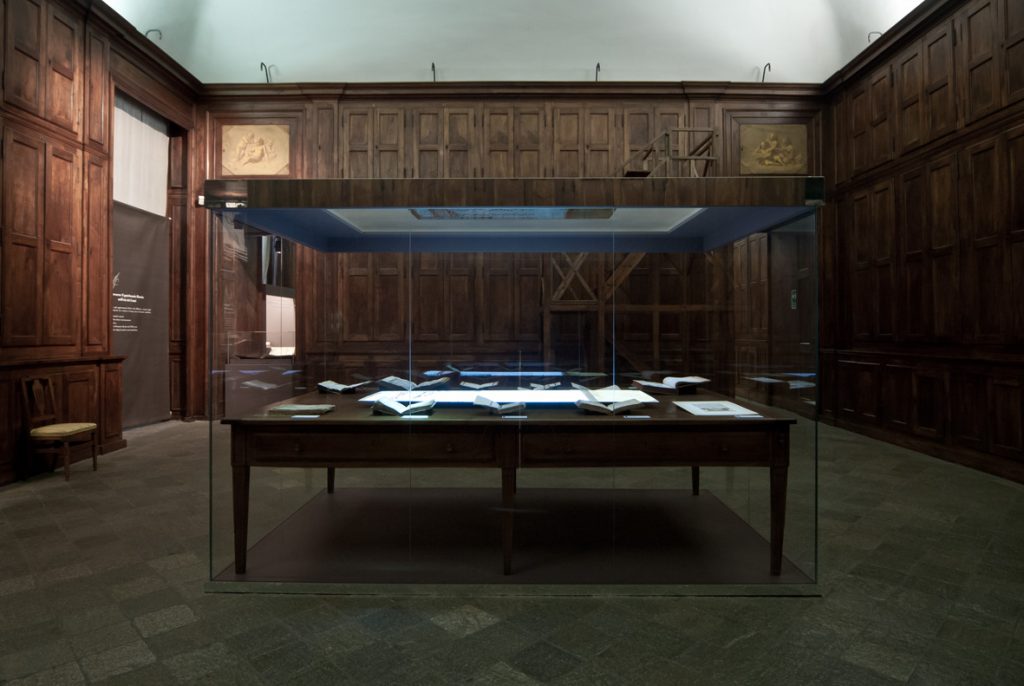 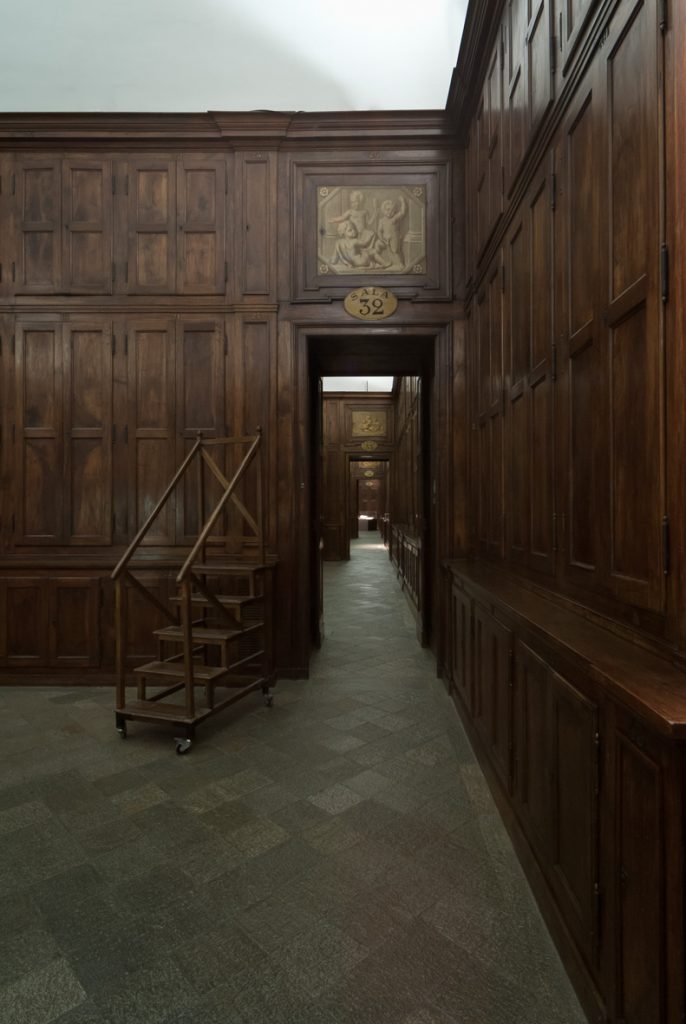 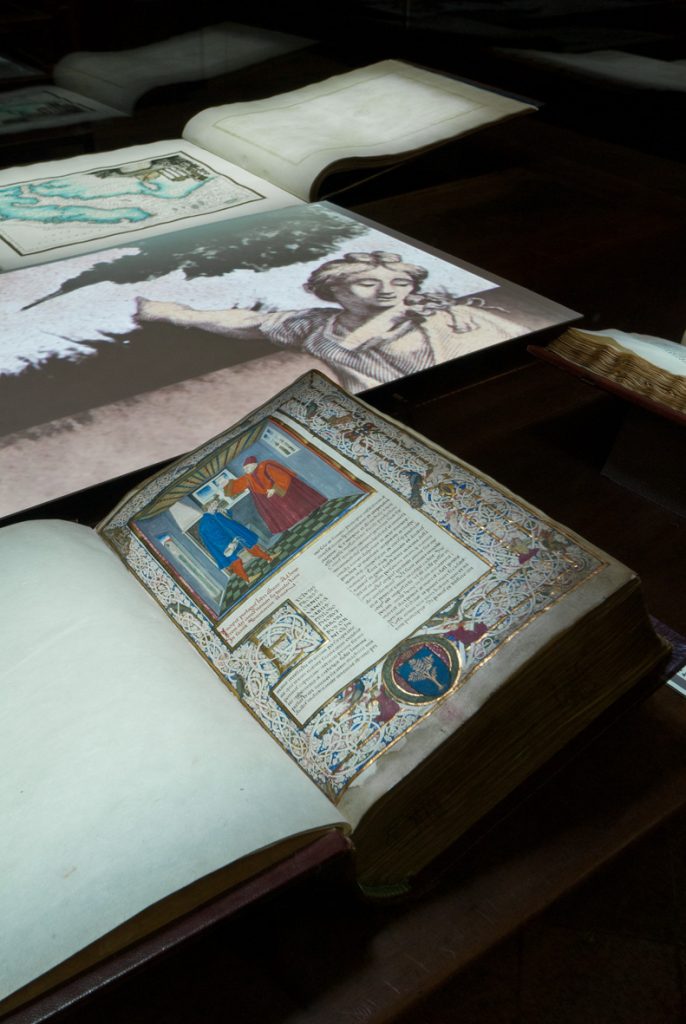 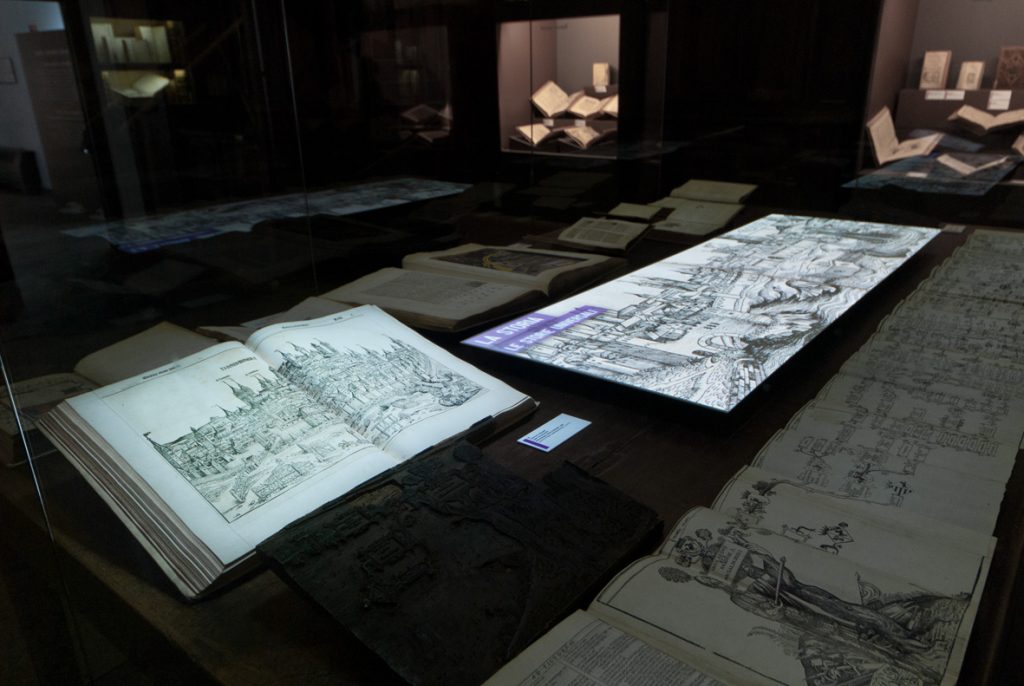 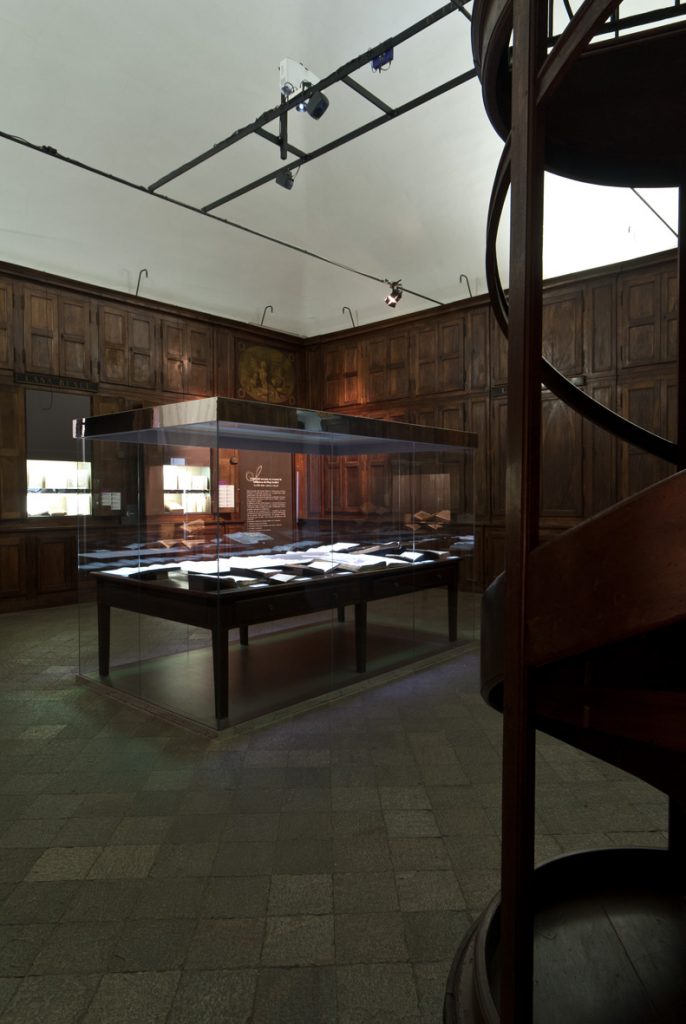 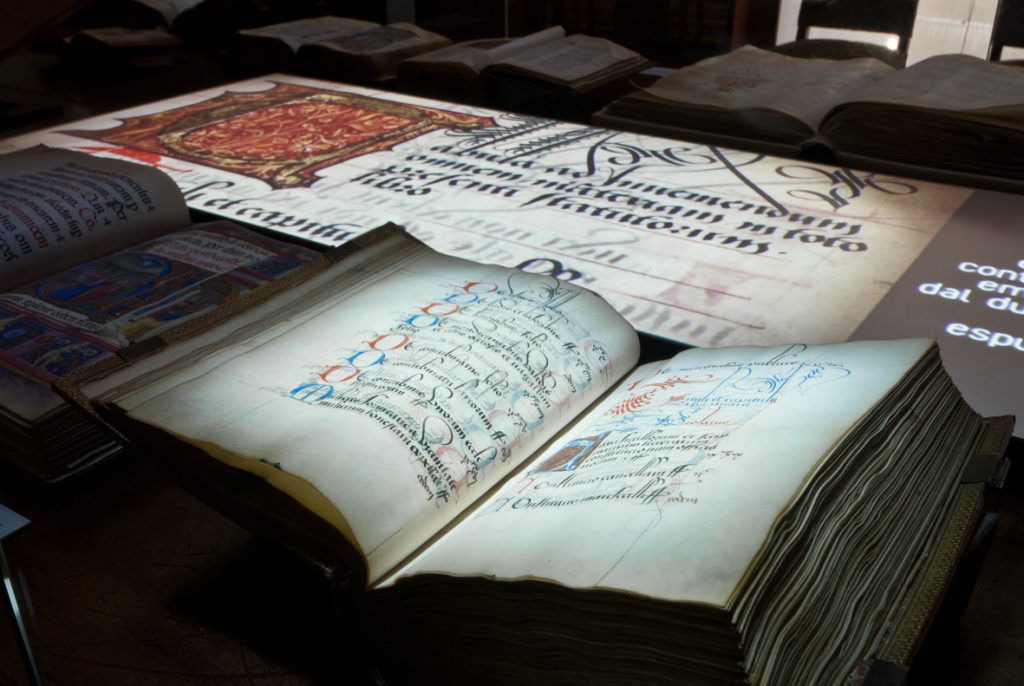 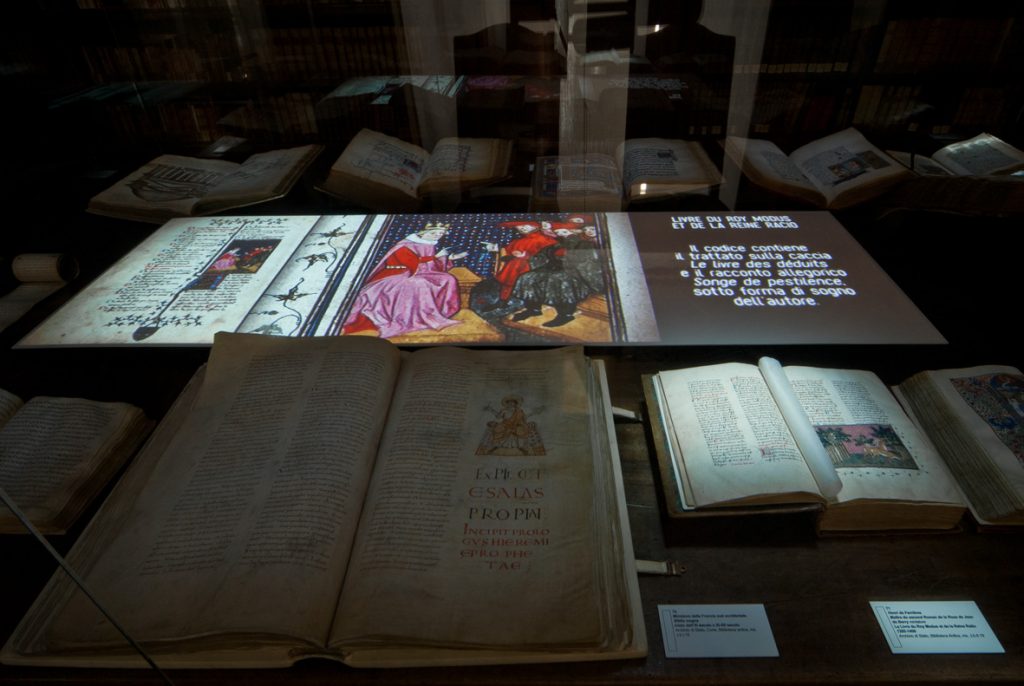 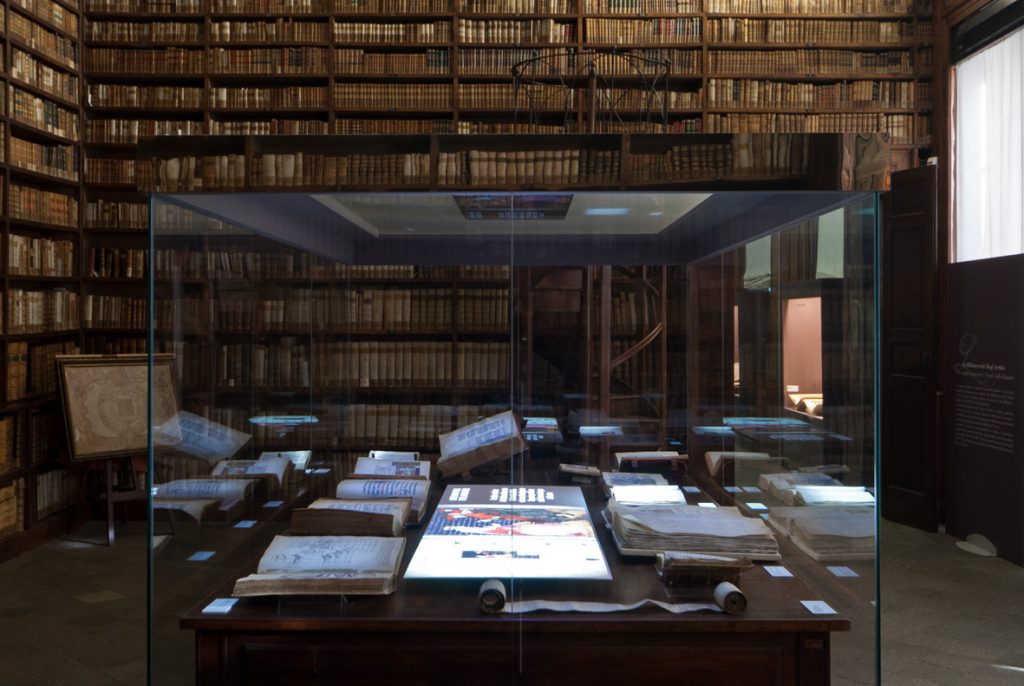 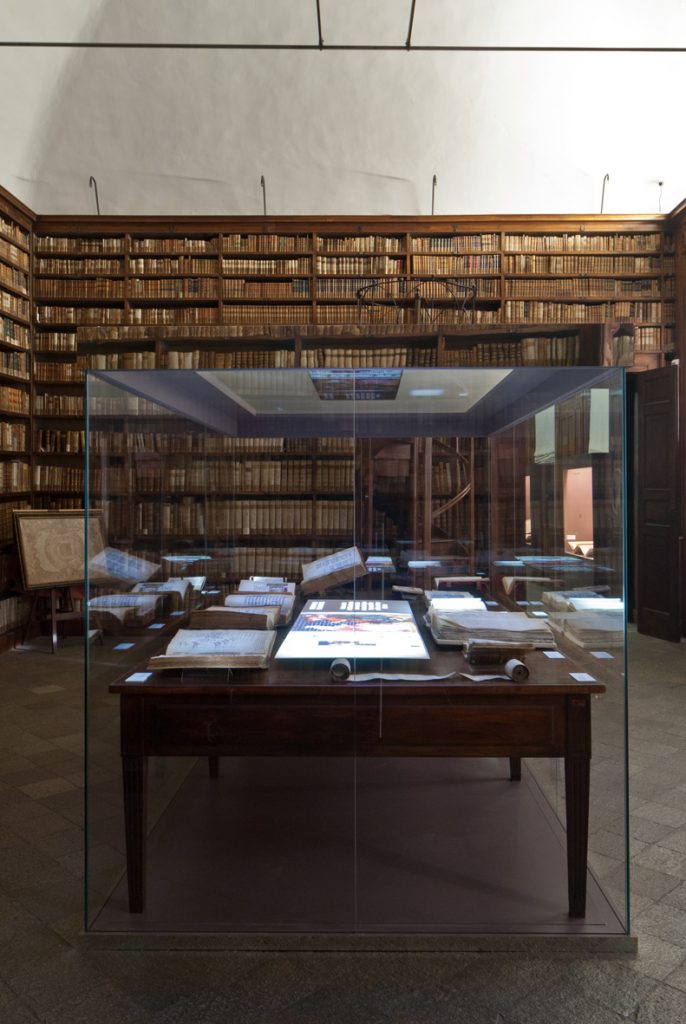 THE THEATRE OF ALL ARTS AND SCIENCES

The leading characters of this multimedia exhibition are the precious volumes from the State Archives and Royal Library in Piedmont’ s capital. The ancient tomes are arranged on large tables and enclosed in glass showcases, in a very gripping display that seems to be suspended in time.

A giant iris projected on a round screen dominates the space from above: it’s the eye of knowledge, the Idea, a narrative subject suggested by the subtitle (Collecting books to nurture ideas in a modern capital city. Turin 1559 – 1861). Video projections come to life among the original books, in a constant interplay between the analogue and virtual worlds. The visitor has the opportunity of siding up to the images, words and printed pages of the manuscripts as if he were following a scholar’s thought patterns and, with an imaginary magnifying glass, is invited to discover important details in the books, thus accessing new levels of understanding.